Are The Chemicals That are Killing You Produced by This Company? (ESI)

Element Solutions Inc. (NYSE:ESI) is a chemical company with great cash flow whose climb of late has come too far, too fast.

And that cash flow will be necessary to cover the company’s substantial debt. 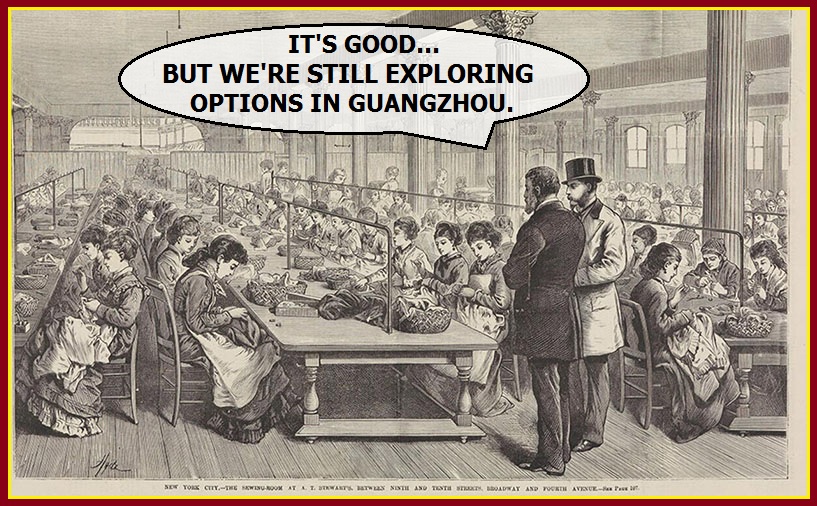 Just last week, ESI shares jumped better than 7% on guidance, and we believe that’s set the stage for a top.

Element Solutions makes chemicals that enhance the performance of a broad variety of communications equipment, mobile devices and electric vehicles.

So business has been strong during the ‘coronal flare’, as robust demand for electronics and communications infrastructure enhanced ESI’s bottom line.

But whether that justifies the stock’s price action of late is a separate issue. 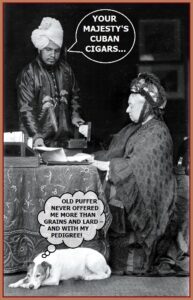 Fundamentally speaking, the stock is overpriced according to traditional metrics, though not wildly so –

Have a look now at the daily chart – 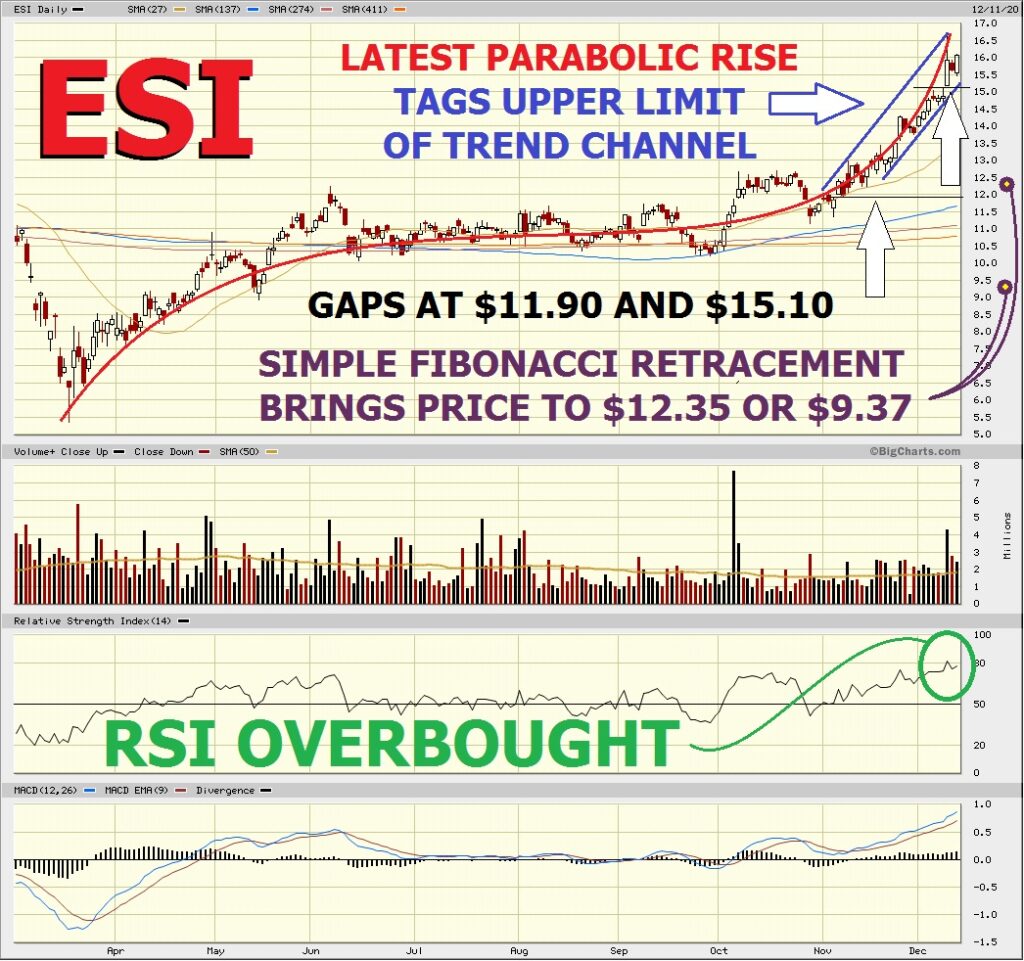 ESI’s rise in the last six weeks was a phenomenal 42%.  And that’s what put her on our radar.

Now, take a peek at the weekly chart, where both MACD and RSI looked stretched, and an old fashioned GANN pattern appears to point to a top – 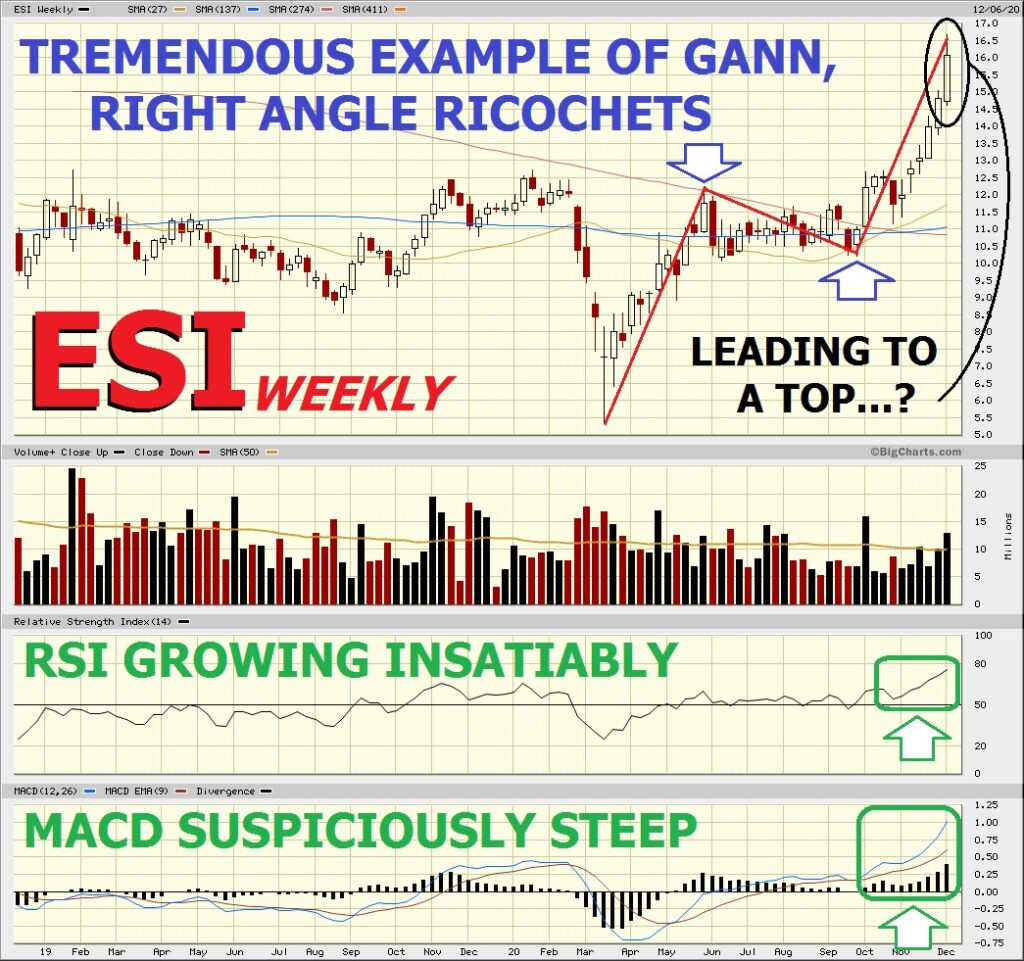 Note well: the 90 degree trough-to-peak turns (in red) are not pure predictors, though they offer strong potential top and bottom stopping points.

The stock is high beta, but the spreads on the options are still relatively tight; and we like that.

With the potential for a substantial percentage decline in the offing, we want to own a PUT for as cheap as possible.

The short CALL spread affords us that.

Max loss would be $4.30 and would occur if the stock closed above $17.50 (difference between the CALL strikes plus initial debit).

« Previous Post
Kicking and Screaming – You Will Know He is G-d.

Next Post »
This Energy Stock Outswam the Pack, And Now It’s Floating Face-Down in the South Platte River; And Winners, Too – 111% & 22% (AM,EVRI,BBY)