There’s a lot of bad news out there, and a lot of bad people, too, and, as we head into the New Year, a good deal to be concerned with.

At the same time, there’s also what to do with all that negativity – real and apparent – that’s swirling surrounds us.

The first thing to realize is that there’s meaning in the world and that ALL things happen for a reason.

Well, that your arse of a neighbor was sent your way NOT to be strangled with a piano wire (unless, of course, he attacks you first with his harp).  Rather, he was dispatched to inform you that you’ve got some work to do , either on that uncontrollable temper of yours, or in finding a way to assist him with his, or otherwise nudge you toward a better state or place or station of some sort.  But be sure that there is a meaning there – and that EVERYTHING happens for your own good and that of your family.

That may sound Panglossian, but it’s nonetheless true.

As Ernest Hemingway once said, after his (one and only) meeting with F.Scott Fitzgerald –

We only agreed on one thing…  That everything that happens to you in this world is your own damn fault.

Now, there’s a lot to unpack there, but it gets to the heart of what we’re talking about.  And that is, that your neighbor is not the problem.  He’s the punishment or the rod or the catalyst for you to get on and improve your life.  But it’s not about him.

And there’s a corollary to that.

And it is, that if you don’t pay attention to the nudges and knocks and signs that your rotten neighbor is sending you; if you just continue on your way as if nothing need be done, no soul-searching, no push to understand the ways of Providence… then you’ll only end up with a worse neighbor in his place. 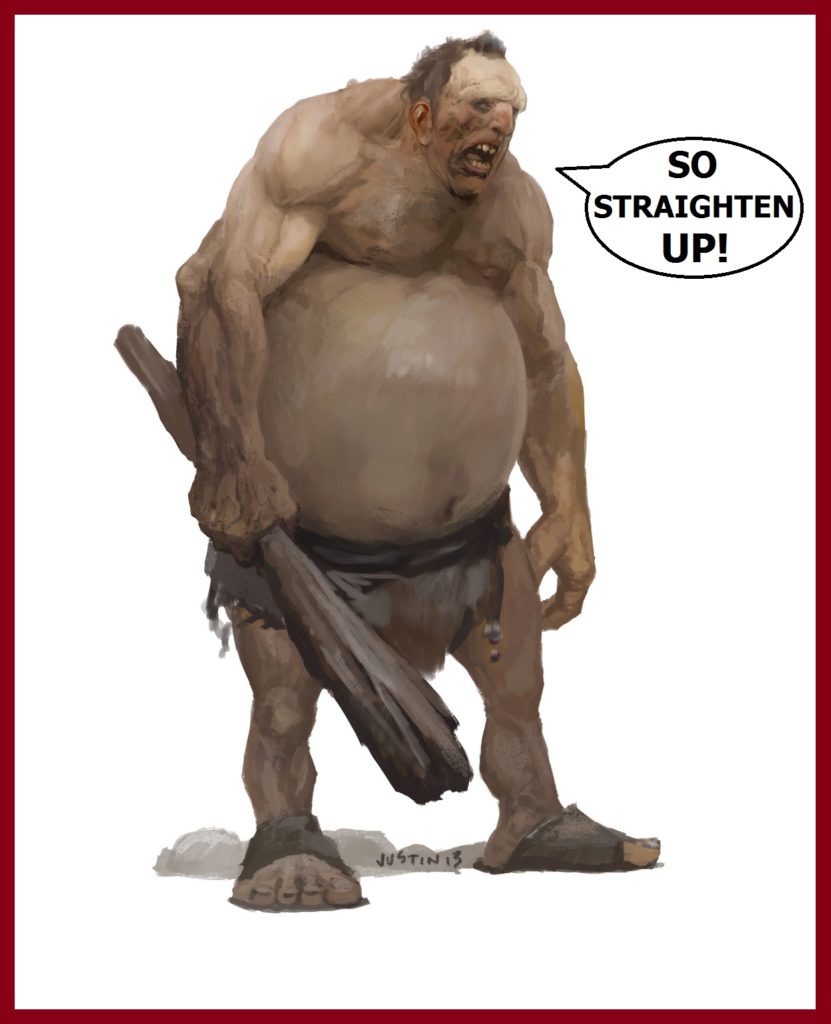 And remember, the sun also rises…

Here’s her daily chart for the last six months – 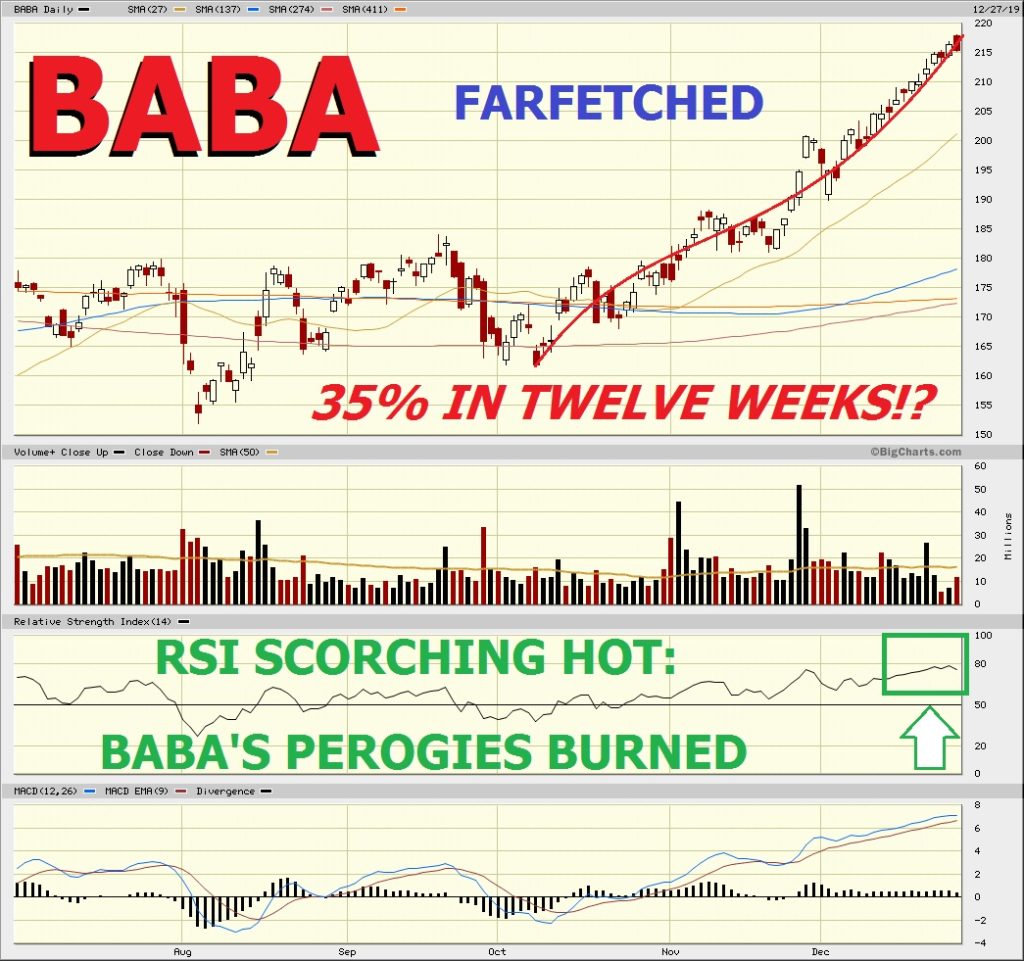 The recent push higher has elevated Jack Ma’s net worth to just under $70 billion, making him wealthier today than sovereign Luxembourg and just a nose shy of Oman.

But it won’t last.

The way we read the charts, BABA is due for a rest.  Whether that means a full-on bear move or something less exaggerated is why we look at the technicals.

Our best analysis of the above leads us to recommend the sale of a CALL spread to purchase a PUT.

Because there’s no more mountain to conquer.

With kind regards and the promise of a healthy and prosperous New Year to all,

Next Post »
Broken Windows Theory and the latest Surge in Antisemitism