Fellow scribbler Alan B. Harvard has already done the legwork for today’s trade.  Back on the 26th of March, in a knee-slapper called Get Yourself a Moisturectomy, he greased the wheels full for today’s effort.

We’re going to revisit that letter and show you just how prescient our glorious leader was when he read the financial leaves on that sunny spring afternoon. 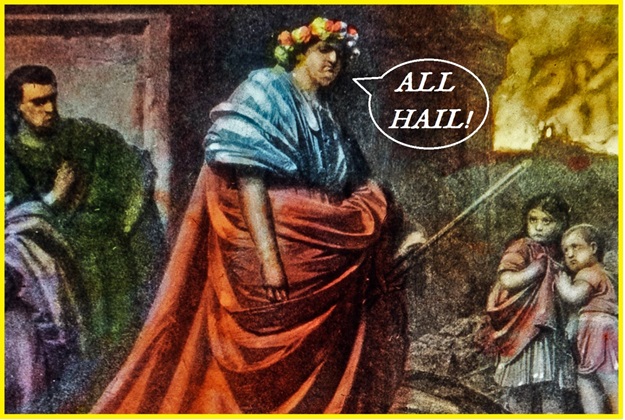 First up, though, you’ll remember that Al was keen on the regional banks at the time, writing (amidst the rest of his usual hilarity) that –

“[T]he regional banks, as a subsector, are offering some of the best value anywhere on Wall Street…No group as a whole currently sports a better P/E, dividend yield, Price to Book, or five year earnings growth number…

“We are not soothsayers or fortune-tellers – hell, we don’t even give such a great back massage – but we will be shortly jumping on this one if and when either 1) the Dow breaks higher [i.e., above its head and shoulders neckline at 26,250  – ed.], or 2) the regional bankers return to their 137 day moving average at $55.”

And lo and behold, race fans, we’ve seen both those conditions fulfilled with Ezekielien prophetic precision!

The Dow broke above Al’s head and shoulders neckline for the first time a week ago, and again last Friday – indicating the move to Dow 30,500 is now on. 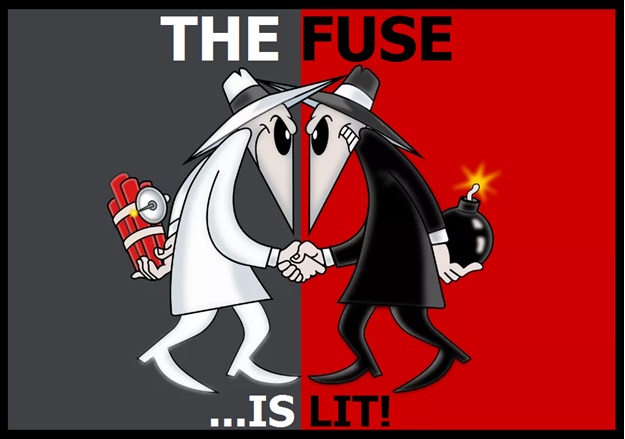 But the regional banks (KRE) also popped above their 137 dma, and that means the fireworks are about to fa-ZOOM for the financials.

We have little reason to suspect anything but champagne from them all.

We thank Alan B. Harvard, of course, for his bang-up job of spotting the coming gains from the bankers, but for our part, we see little reason to avoid swimming in the deep end and making a bet fit for the ages.

That’s right, we’re foregoing the regionals, buddy boy, and jumping straight into the arms of the Triple X Direxion Daily Bullish Financial ETF (NYSE:FAS) – a product that offers three times the return of the Russell 1000 Financial Services Index, which has performed like this for the past six months – 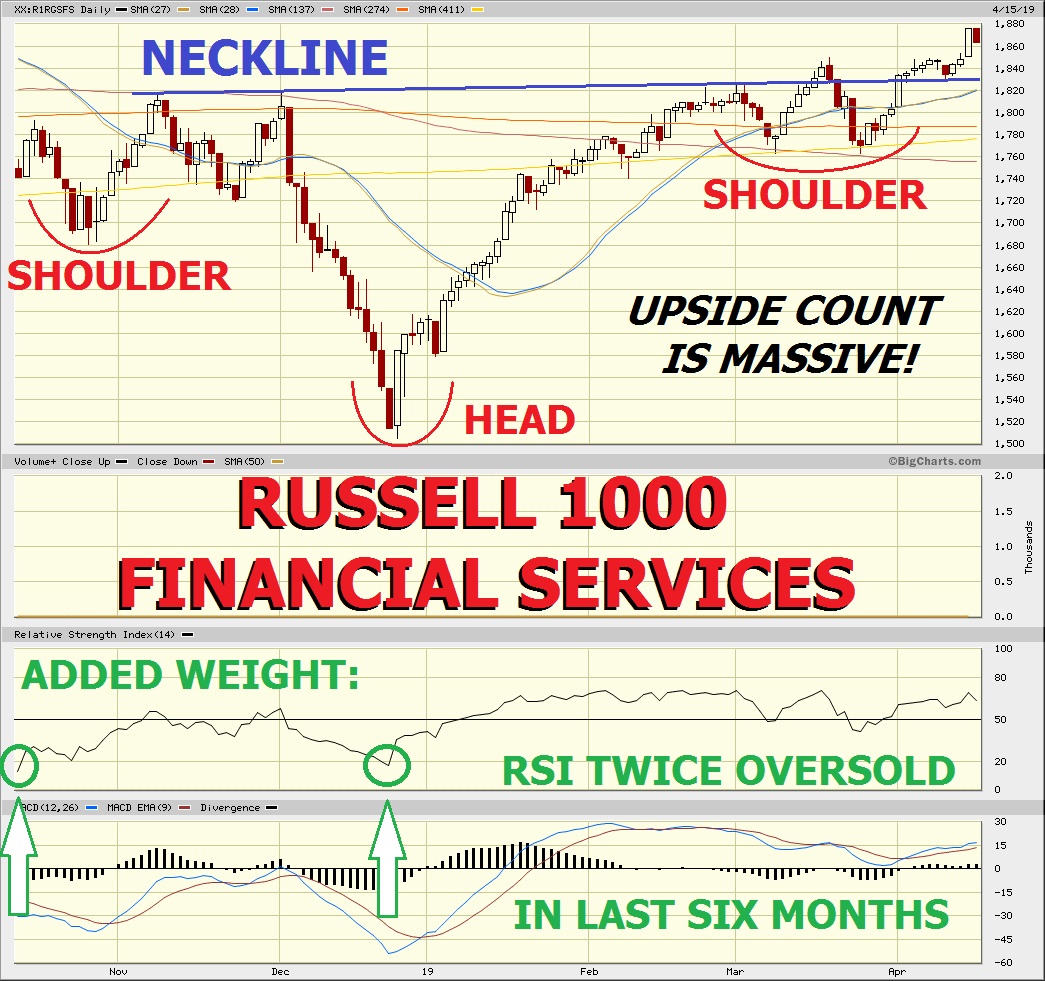 A clear break above the neckline (in blue) puts us in play.

We emphasize that this is a one-way, speculative bet on the banker/Brokers heading north using big leverage.

But you can’t lose more than you lay out.

A Jew and His Money recommends you consider a straight purchase of the FAS July 19th 68 CALL, now trading for $4.80.

If you believe in Ezekiel.

Next Post »
Music for Life! The Melodic Chains of Freedom