Hope everyone had a great holiday and is ready to play some hardball with the arrival of spring.

We broke out of our chains over the holiday, closing down two trades for big profit (see our Scorecard page for details) and setting up to close another one today.

And here’s how it’s going down –

As of Friday’s close, we had good enough action on our FAS banking trade to redeem it for a great return.

The trade was opened on April 15th in a letter called Bankers! Higher! Richer! FASter!  There, you’ll recall, we acted on a tip from fellow scribbler Alan B. Harvard, who told us the bankers were about to burst higher.

And so they did. 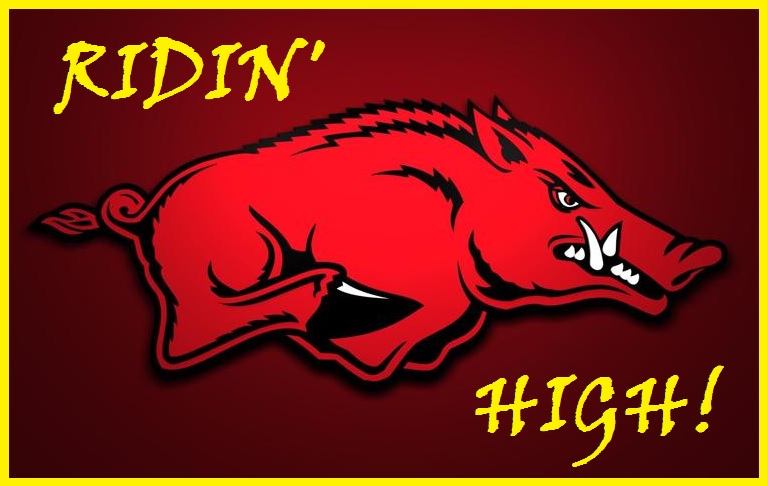 “[L]ast week, banker/broker behemoths JP Morgan and Wells Fargo reported better than expected Q1 earnings (JPM set a record), while Goldman Sachs is scheduled to report just as we go to press and Morgan Stanley on Wednesday. We have little reason to suspect anything but champagne from them all.

We thank Alan B. Harvard, of course, for his bang-up job of spotting the coming gains from the bankers, but for our part, we see little reason to avoid swimming in the deep end and making a bet fit for the ages.

The trade recommended you consider a straight purchase of the FAS July 19th 68 CALL, then trading for $4.80.

Just for perspective, that’s equivalent to an annualized return of 731%.

Not ones to rest on our laurels, we dive back into the lagoon, armed and ready with harpoon and bowie knife clenched tightly between our teeth.

The most significant development since we last wrote was a long-expected breakout on the dollar, a move that comes after Canadian and Japanese central banks talked down economic growth numbers and U.S. earnings surprised on the upside.

Both the Euro and Pound also dumped significantly against the greenback in late week trading. 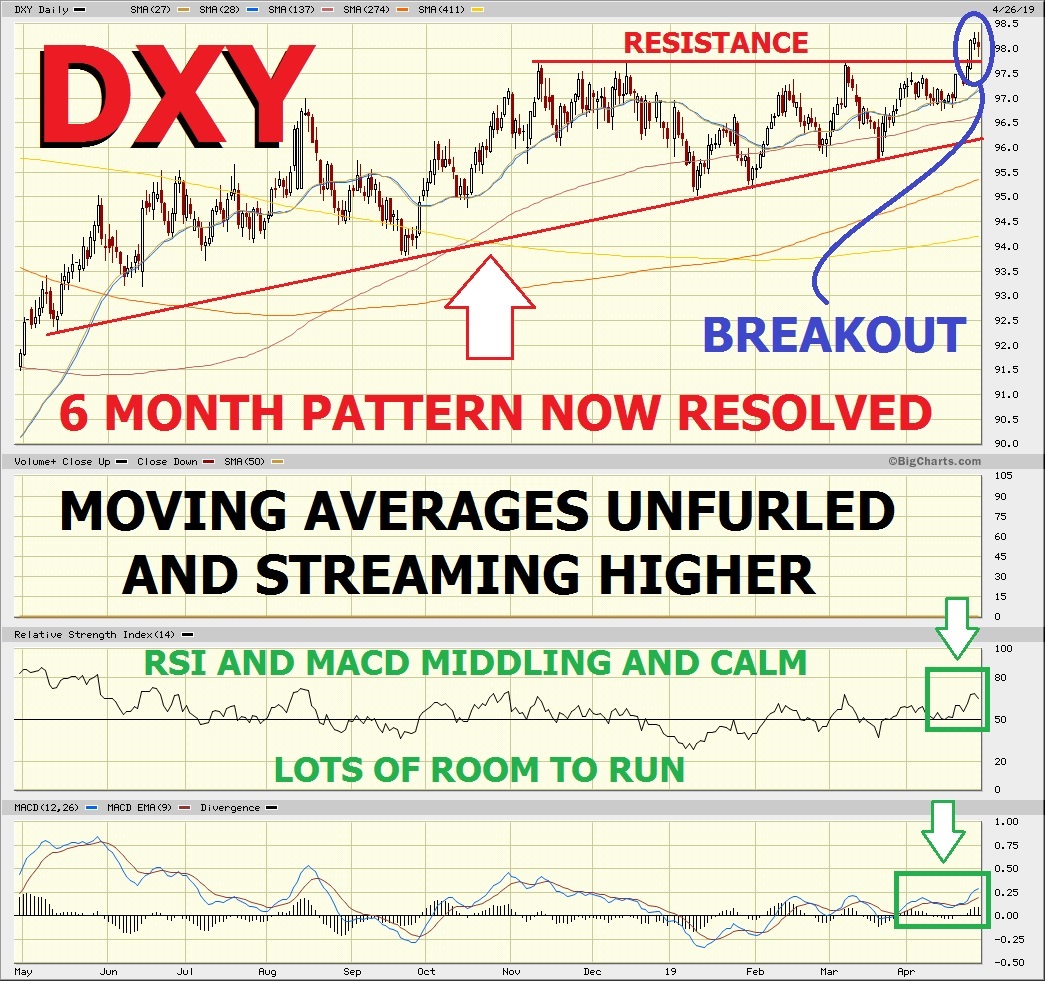 This is the U.S. dollar basket for the last year.  And as you can see, the break higher (in blue) is now retesting former resistance at 97.75 (upper red line).  There’s little question, though that the dollar’s heading higher –

Our assessment of the dollar’s climb puts US equities, in particular, back on the radar.  That is, we see a knock-on effect in play as investors the world over chase the most recent gains in the American stock market, and competition to own the top gainers plays out with a buying  chase for the next few weeks, at least.

But, We Warn You…

Our best thinking, however, sees limited gains from the tech sector relative to the old line names of the Dow.

The chart below shows the performance of the NASDAQ 100 (QQQ) and Dow (DIA) since the selloff bottom of December, 2018.

What’s most significant is both the relative outperformance of the NASDAQ as well as its current overbought status (seen in green).

Even though enthusiasm for the tech names has been waning (in black), the chart shows a demonstrable lag on the part of the Dow, gaining just 21% over the period in question vs 33% for the NASDAQ.

We believe that gap will close.

With big tech names like Apple and Facebook dominating both headlines and cash flows, traders will very likely look to take profits and redeploy to the lesser loved names of the Dow.

And they’ll be starting now.

We profit on any outperformance of the Dow over the NASDAQ.