Bitcoin Was Never Money – But Was Always Worth a Trade (BITO, ADM, MCK)

Computation Errors Were Made.

Welcome, fans and detractors of the blockchain.

We’ve got a doozy for you.

A chance of winning 2573% in relatively short order.

And a new take altogether on what BITCOIN really is.

If you’ve got the heart for it…

But beware, you may never again return to Kansas!

Before we get there, we’re closing our ADM trade, the details of which can be found HERE.

In brief, we set a synthetic short with split strikes using the September 16th expiry – selling the 90 CALL and buying the 75 PUT.  We also recommended setting a STOP buy at 90 to avoid adding to the $2.10 debit we already possess.

And we say – sell the PUT and leave the CALL be… for now.

With ADM now trading at $77.31, it could be a long hard climb back to 90.  There’s only a small chance she’ll get there by expiry.

That said, leave the STOP buy at 90 open for protection, and stay in touch.  We’ll be monitoring the short CALL closely and notify you if there’s need for any action. 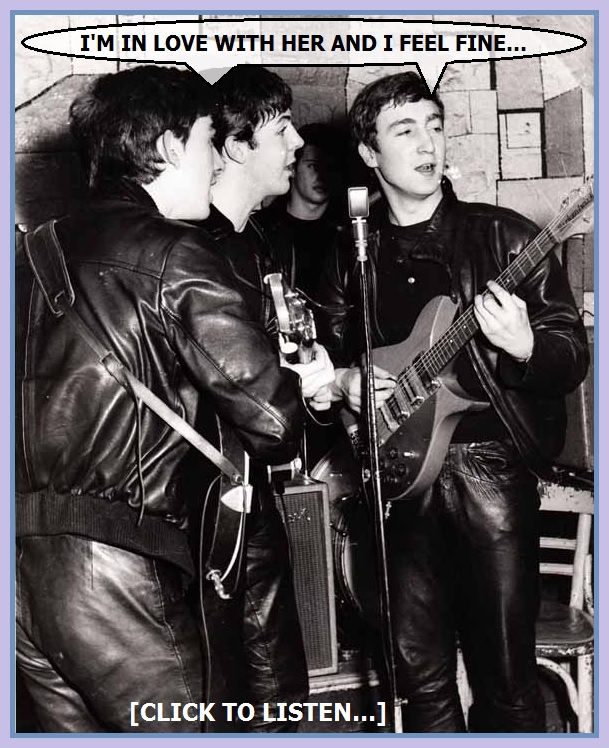 Now to our MCK initiative, whose particulars are HERE.

Adjusted for minimal commissions gives you a beatle-maniacal profit of 1767%. 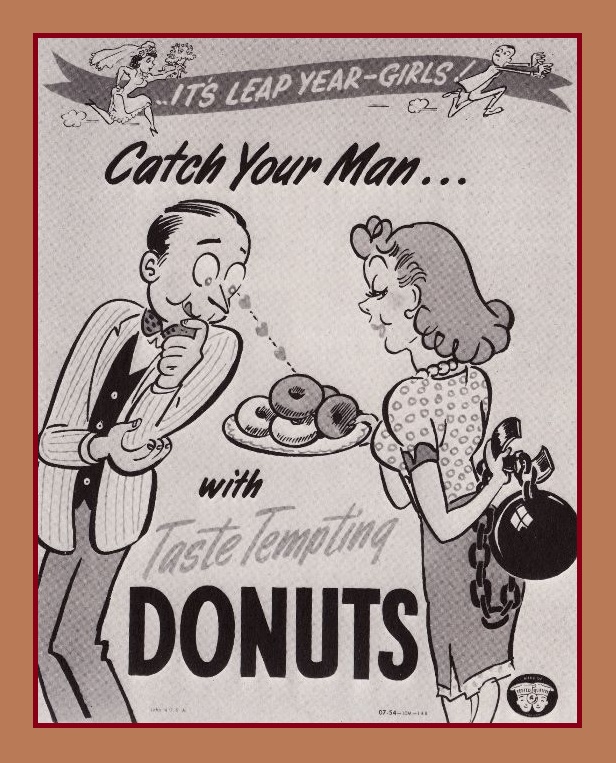 Our trade today is as tempting as they come.

In fact, it comes after months of waiting and watching, biding our time for an opportunity to set in play what good subscriber Joel E recommended way back in the Batflu daze.

And boy! are we happy we delayed.

For years we’ve recommended against investing in Bitcoin – in any of its many criminal iterations – because we never believed, and still refuse to believe that it’s what people think it is.

That is – it is patently NOT money.

It’s something else entirely that we can’t define precisely – but do not be confused, it is NOT money.

For the simple reason that it’s not portable.  If you can’t take it out of your pocket, as you can a dollar or a dime or a block of salt or a chunk of gold, then it’s not money.

And Bitcoin can’t be pocketed. 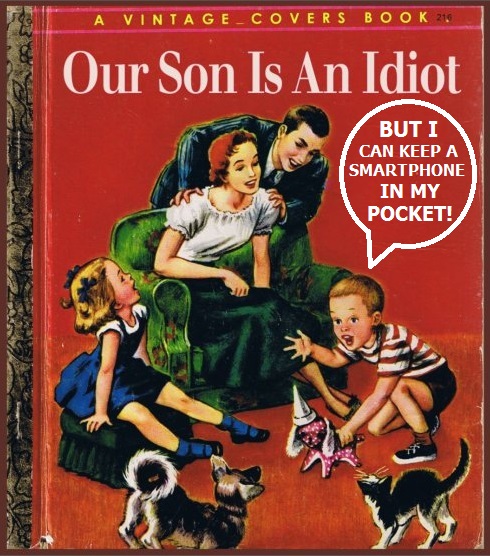 That’s right, Junior.  But if you don’t have working connection to the internet, you’re flat broke poor.

And if the Evil Ones decide that there ain’t gonna be no internet – at least not for you, because your social credit score isn’t on par – then poor, poor, poor you’re going to be.

In other words, anything that’s dependent upon a third party to fulfill its role as a means of exchange or a store of value is NOT money.

And if you don’t believe the internet can be pulled from your hands like a toy from a child, then we’ve got an old children’s book to show you…

And it’s for all the foregoing that we never believed Bitcoin was of any use EXCEPT as a possible trade.  No long-term investment here – none.

Forgive us for saying, but that’s for dupes alone.

The internet will not be forever, good Jews and Noahides.  Count on it.

Nor will it be available in the same stable and robust form that it has been to date.

Before it goes for good.

Now to the charts – 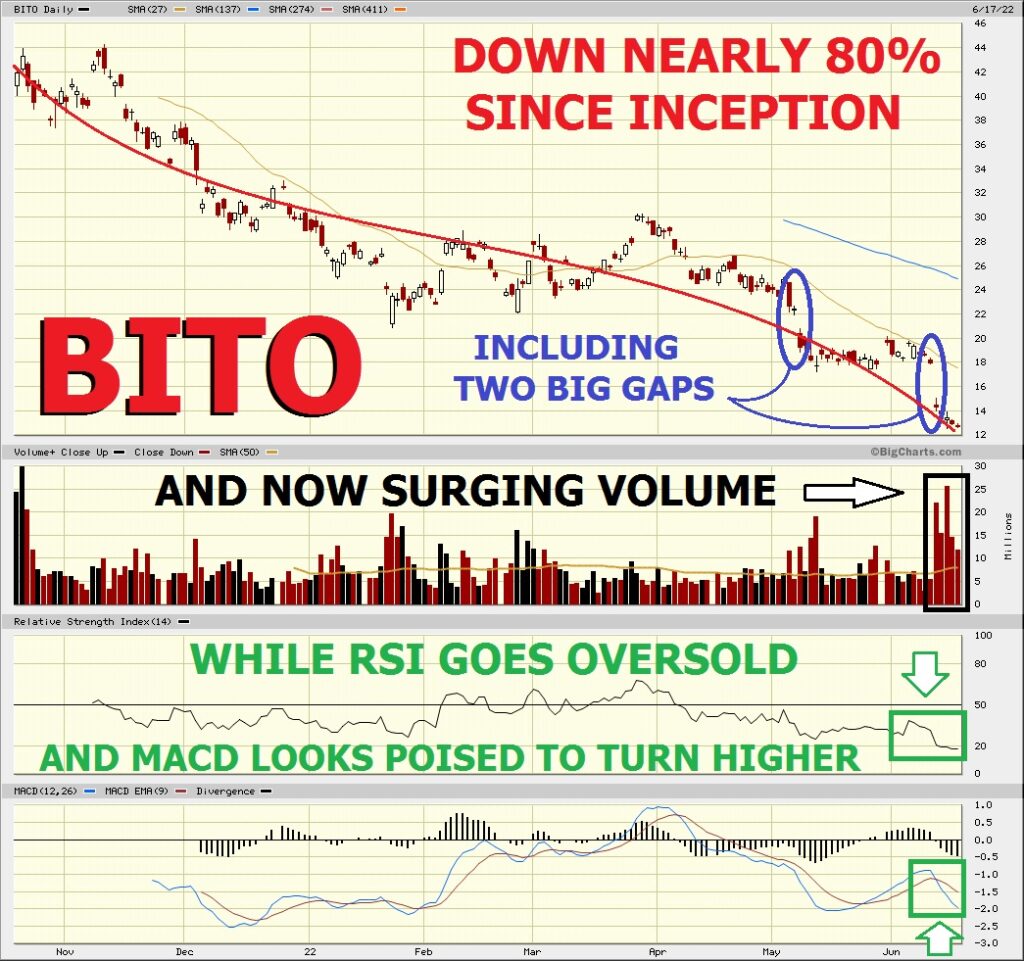 This is the daily paste-up of the ProShares Bitcoin Strategy ETF (NYSE:BITO) since its inception last October.  The fund is managed and seeks to profit from exposure to Bitcoin futures contracts.   And…

But we don’t expect that.

Rather, we see an imminent rise. 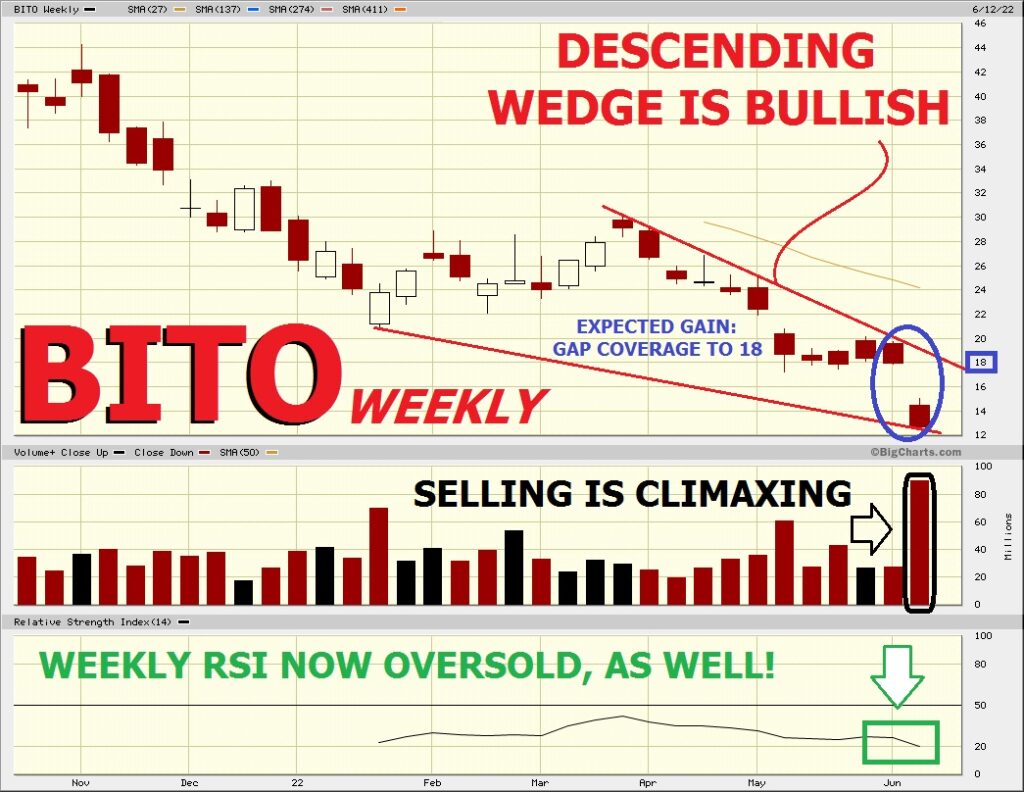 Technicals on the weekly chart show –

May it bring you a flurry of riches and a bracha from Hashem on High.

Here’s how it trades –

Rationale: we like the idea of laying out nothing and getting a (maximum) return of $4.01 (difference between the CALL strikes plus the initial credit).  Adjusted for minimal commissions gives you a take of 2573%.  And that’s a bouquet to remember.

Max loss is $4.99 (difference between the PUT strikes less the initial credit).

Breakeven on the trade arrives at $13.99, which is a ways off in percentage terms.

But the way this product moves… it’s a walk on the beach.

We expect a pop to the 18 level to cover the first gap (in blue, above) – at the very least.

And we’ve got a full three months to get there.

All told, a nice looking game.

May the Lord of Hosts, the G-d of Abraham,

Isaac and Jacob see us through.

Next Post »
Beauty Industry About to Get Ugly (NUS)