Before we open for the week, just a word to those still holding our WKHS trade.

We’ve been setting stops at $26 for the last couple of weeks and getting stopped out with some frequency as price ventures above and below that level.

We want to emphasize here that the stops must be in place at all times.  When we’re bought in to the stock, an immediate STOP SELL should be placed at $26.  When we’re sold out, a new STOP BUY should be reinstated at that level.

The move will protect us against unwanted losses and ensure us a $1.00 profit should the stock take off moonward. 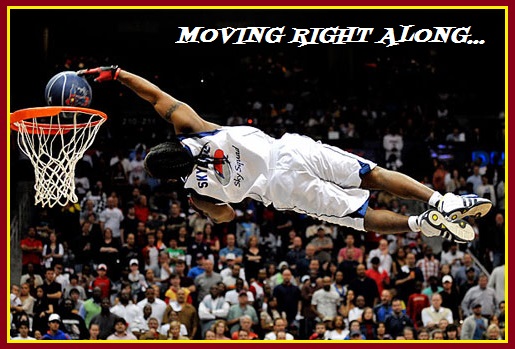 Today’s trade is one of those efforts that gives you a lot of leeway – to fashion the debit as you see fit, and set the parameters of any losses (G-d forbid) that you might take on the affair.

We’re using Westborough Mass. grocery club BJ’s Wholesale (NYSE:BJ) for the trade because we believe the selling is about to pick up on the issue.

Fundamentally, the stock boasts a (relatively) reasonable earnings multiple of 18.6, but doesn’t pay a dividend, and trades with an outrageous P/B of 46!

Beyond that, insiders in the stock have offloaded better than half their holdings in the last six months (51.2%) for a grand total haul of better than $55 million.

And we believe that doesn’t make for a – 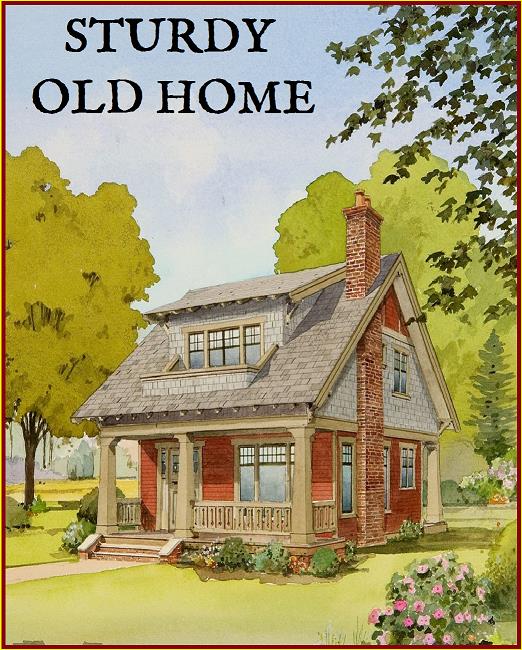 So we’re betting against.

Which brings us to the charts.

We’re going to look at both daily and weekly paste-ups now, with an eye to overbought readings that occurred on BOTH over the last short while.

Pay close attention, too, to price action on the daily – 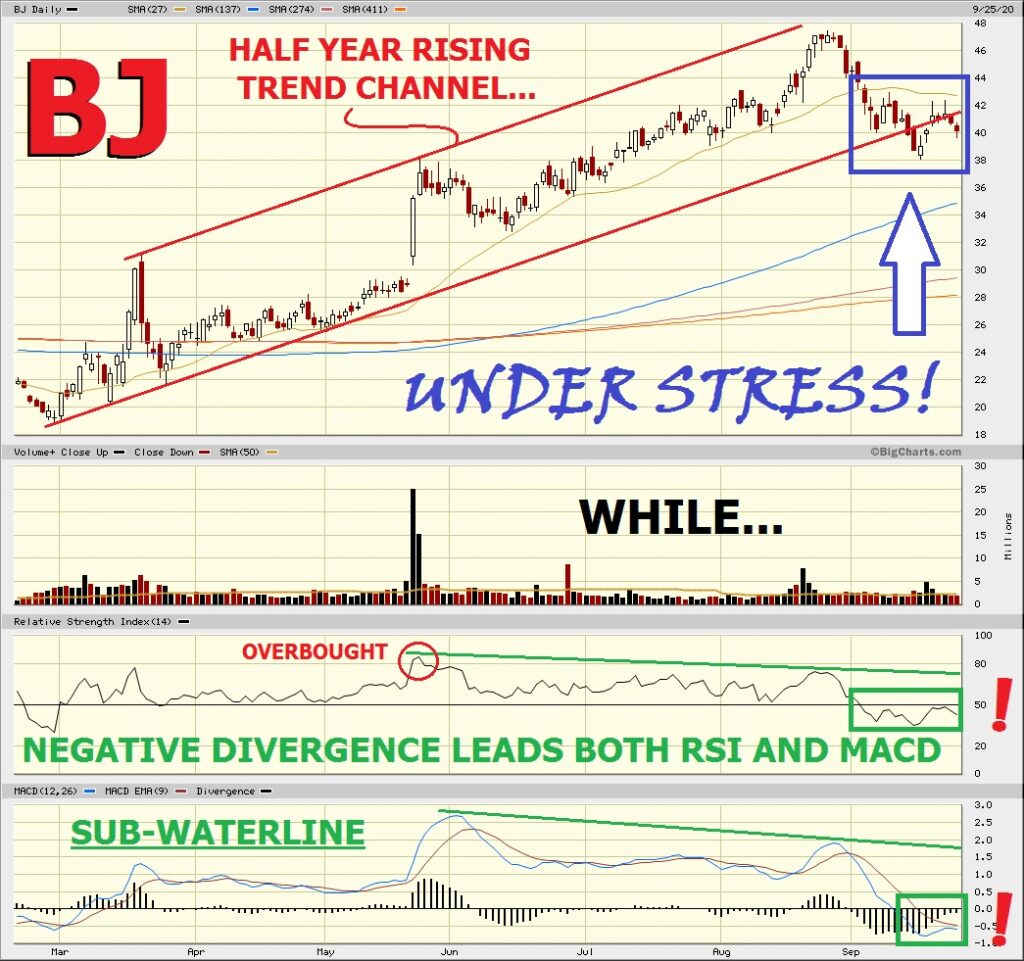 Rationale: the trade is a synthetic short sale, with the short established at 45 (long 45 PUT, short 45 CALL).

The only risk on the trade is the short CALL, which has to be hedged.

There are numerous ways to do this –

You could buy a November 50 CALL.

Or you could set a contingent spread order to close the trade when the premium on the two options was equal – i.e., when buying back the CALL and selling the PUT fetched you the exact same price.

As we don’t expect BJ to rise above 45 before expiry, we’re opting for the first option.

Maximum Gain on the trade is unlimited.

Wishing you a meaningful fast.

P.S.  Didn’t expect to get this out before Yom Kippur.

G-d bless you all.

We’re out of commission until Tuesday.