Today’s trade won’t ring any alarms or set off any fires.

In fact, today’s trade is rather quiet. 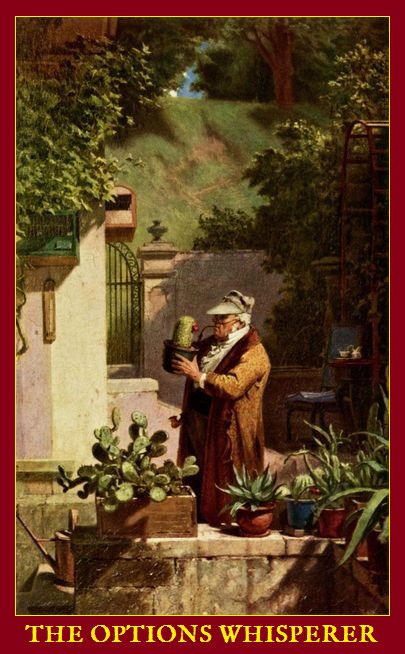 We’re looking today at stalwart blue chip and Dow component Procter and Gamble (NYSE:PG), because it’s our very strong contention that the stock has gotten away from itself.

Or as Burton and the gang once crooned: She’s Come Undone.

Tell it not in Gath!

And what, pray tell, makes us think this behemoth manufacturer of all things soapy and smelly is now cresting?

Perhaps it’s her earnings multiple of 26.8?

Or her fast disappearing dividend yield of 2.37% (not bad, comparatively, but PG investors are used to something far richer).

And if not the foregoing, perhaps it’s the fact that insiders have offloaded 89% of their holdings since the Wuhan bat-plague struck the global psyche with an hysteria never before logged in the annals of hystory. 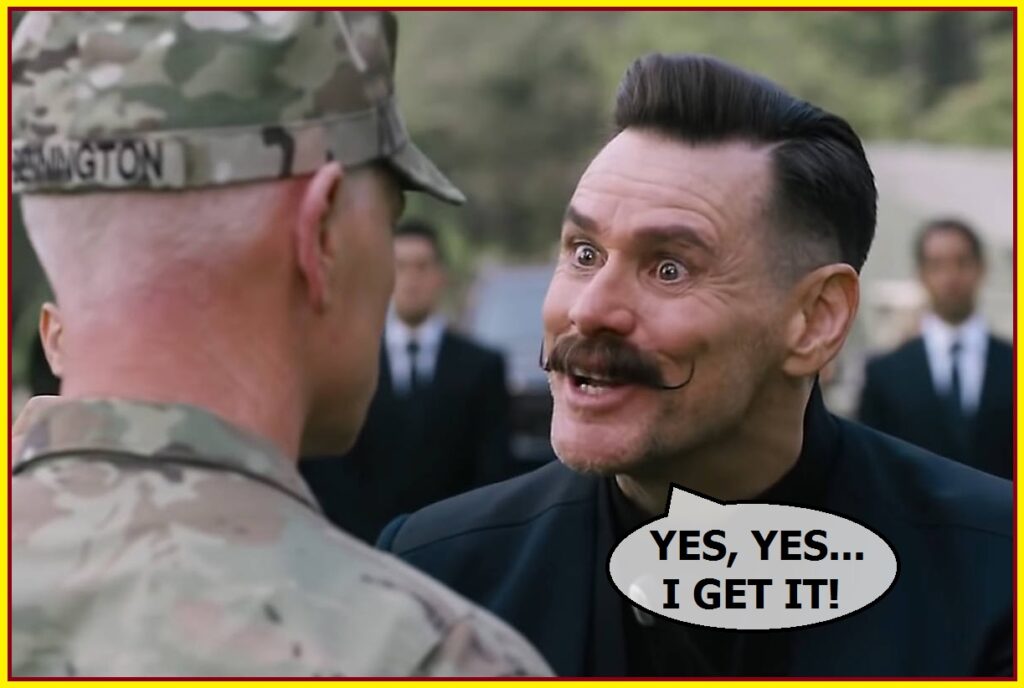 The dollar value of those sales, by the way, comes in just shy of three billion dollars!

Gets the Head Shaking, No…?

That’s patently not a talking point for the P&G bulls.

A recent chart of the stock shows just how much the Pampers can inflate before anyone notices they’re a wee ripe. 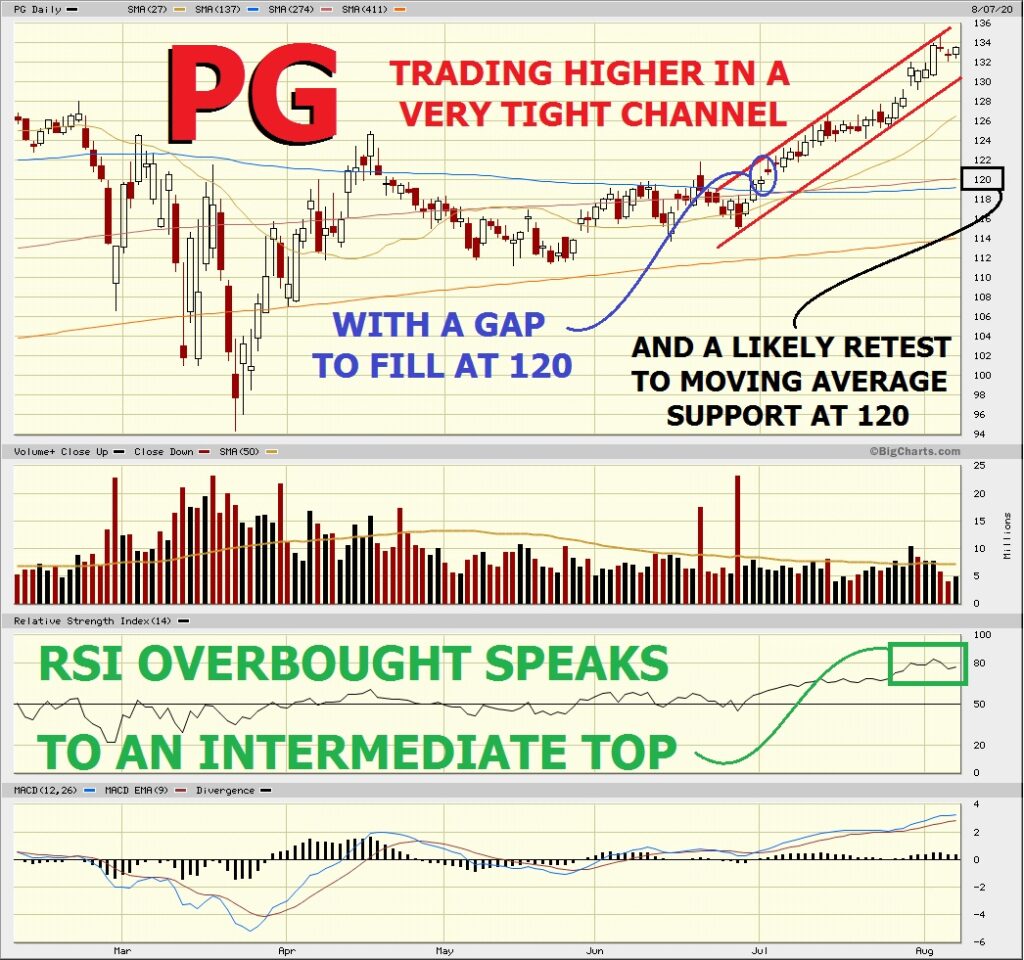 We don’t especially like PG’s prospects here, but we prefer to play her against the broader Consumer Staples sector, rather than go straight short.

To that end, this is how she stacks up against the Vanguard Consumer Staples ETF (NYSE:VDC) over the last several years – 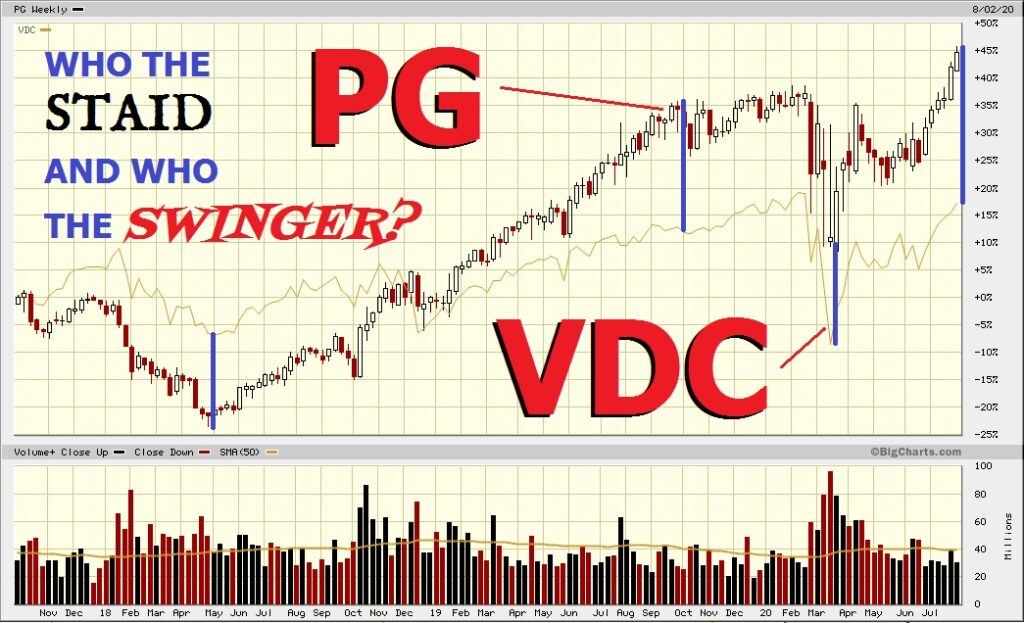 As you can see, P&G’s got all the moves, making a snakes and ladders game out of VDC’s stodgier to’s and fro’s.

Rationale: We expect PG to climb and dive with greater velocity than VDC, as has been her wont in the past.

And though we expect the coming move to be southbound, we have to prepare for the opposite, too – hence the straddle.

We’re paying a premium to open the trade (which we generally prefer not to do), though we believe it should be amply covered by the time October expiry hits.

Max’s and Min’s can’t be calculated with any degree of accuracy.  Worst case scenario is a sideways drift through October 16th that could add another dollar or two to our original debit.

We regard the likelihood of that occurring as close to nil.

And that, dear friends, is an event that could only be accomplished via the loving auspices of the Al-mighty G-d of Israel.

« Previous Post
Stewed Prunes! There’s a 1400% Winner on the Table – And Semiconductors are Next (FAS/GS, USD/KLAC)