BULLSEYE! Target Corp in the Crosshairs; Meat for Dinner. (TGT)

We made 255% from our last dalliance with Target shares (NYSE:TGT), and the details of that endeavor can be found HERE.

Never satisfied, however, with just one helping of gooseflesh, we’re AGAIN zeroing in on this merchandiser of everything saleable in the hope of ultimately chowing down like a pack of Belgian she-wolves on the quarry. 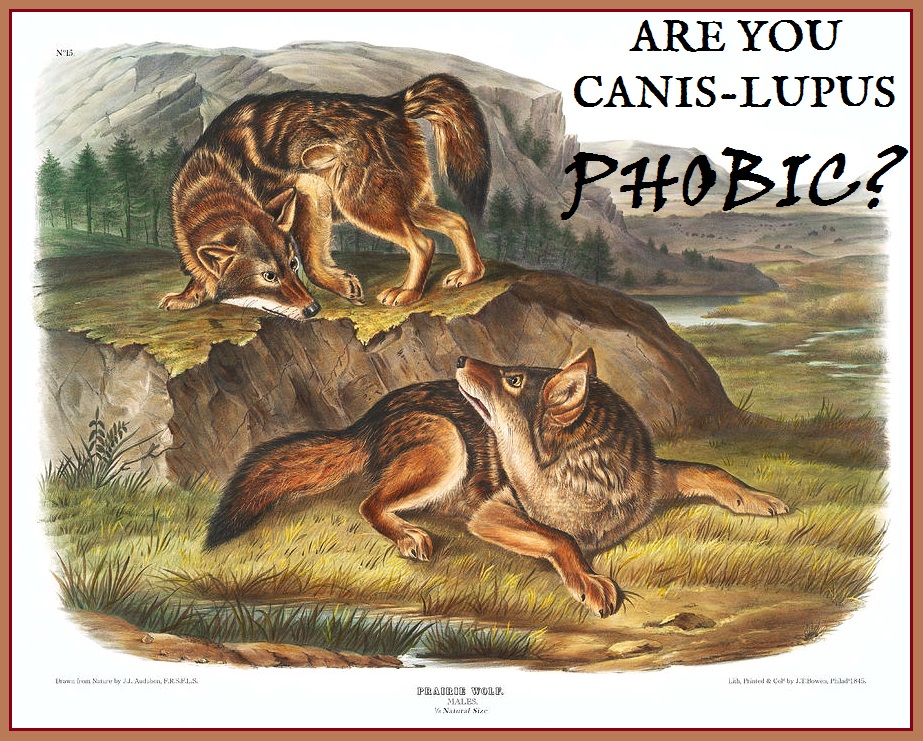 There’s lots to commend the management and directorate of Target Stores… but the stock price is not connected to those efforts, so we can ignore them altogether.

In short, TGT is an overbought stock, regardless of what the underlying fundamentals may be.

And what, incidentally, are they? 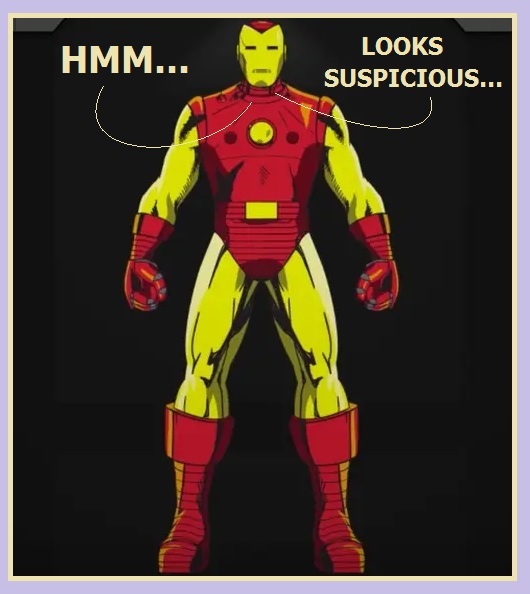 All the more so, since much of what drove recent growth was management’s quick response to the Batflu caper, offering “drive-up” and same day delivery options before competitors caught on.

With a return to (the new) normal, we believe those ‘advantages’ will become superfluous.  Given the full range of retail spending opportunities, consumers will again spread out, and Target’s market share will diminish.

As the charts below show, the bulls have squeezed TGT stock for all it’s worth, and all that remains going forward – is reality. 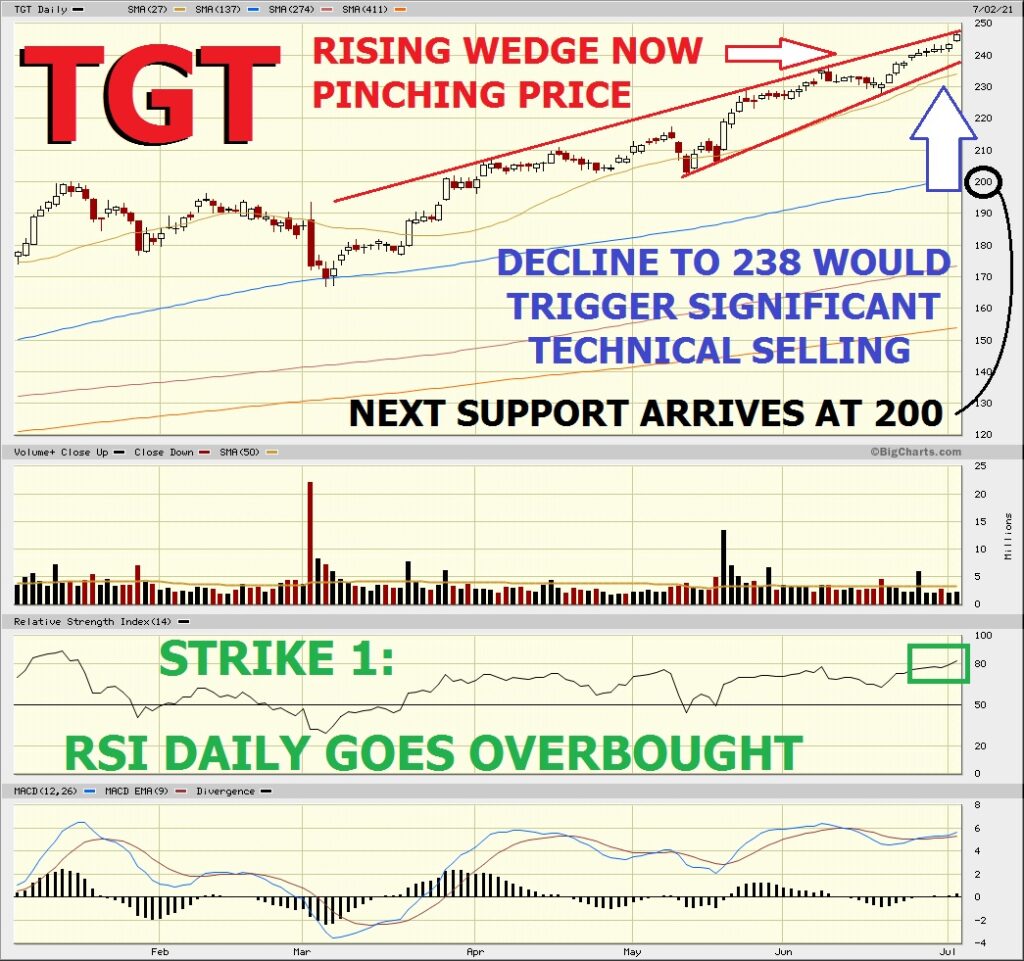 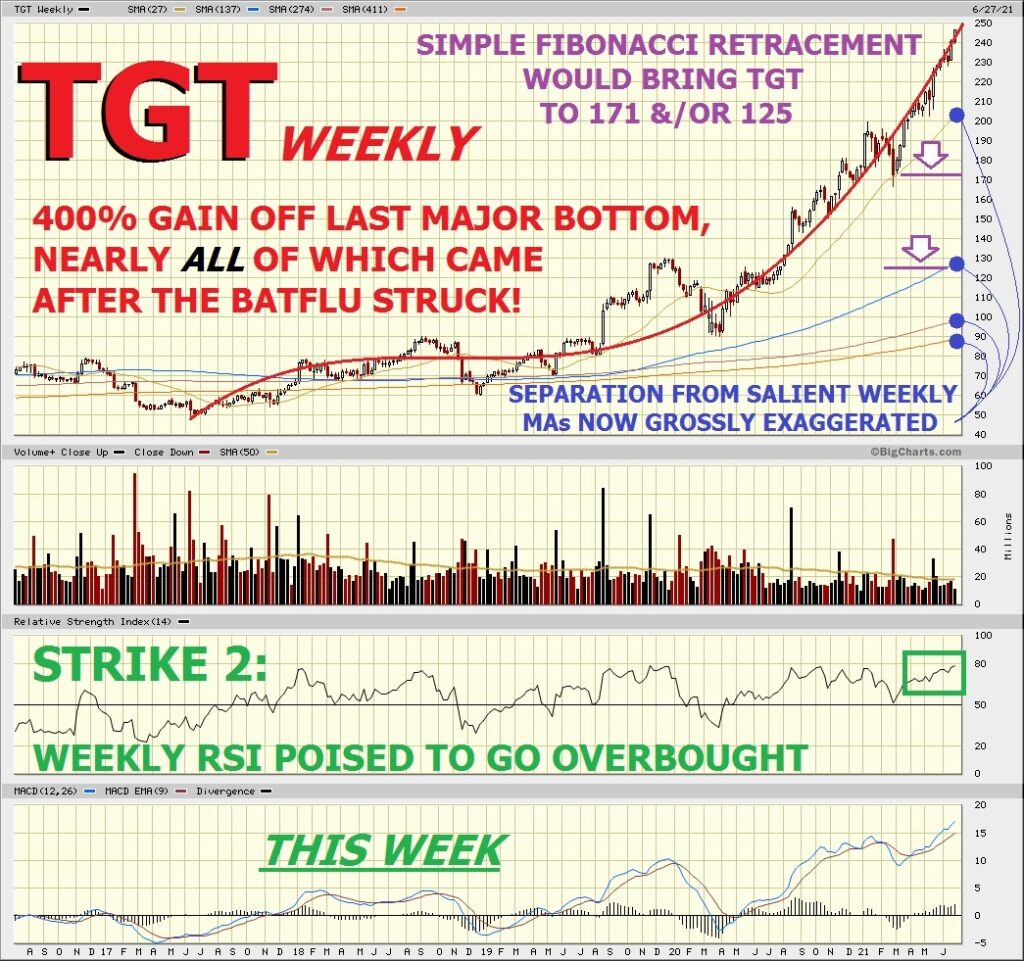 And finally, the monthly –

All of which points us to the gun closet, where our Combo Pump-Action 22 resides.

And she’s singing the following tune…

Rationale: Three RSI overbought indications is the equivalent of a capital case of body shaming.

At the same time, tight spreads give us a formidable opportunity to profit from a straight spread purchase on TGT.

Maximum loss is limited to our initial debit of $3.87.

With TGT looking ready to retrace, we see the move to 210 as likely.  The stock just crossed decidedly above 210 a month ago, so it would only be returning a small percentage of its overall gain in retreating to that level.

The time frame is also generous; we have until October to fetch a profit here, though we’ve a hunch it’ll come a lot sooner.

Keep your eyes peeled, good Jews and Noahides, and ask the Holy One for help.

Only the Al-mighty Living G-d of Israel can decide in our favor.

« Previous Post
Stock Market Degenerates – You Know Who You Are… (GNRC)

4 responses to “BULLSEYE! Target Corp in the Crosshairs; Meat for Dinner. (TGT)”