We begin with the following mantra –

Remember also to focus equally on the physical and character deficiencies of your customer.

And never forget stock price; buy it, willy-nilly, with all your extra earnings.

If you’re rich, it doesn’t matter how you look. 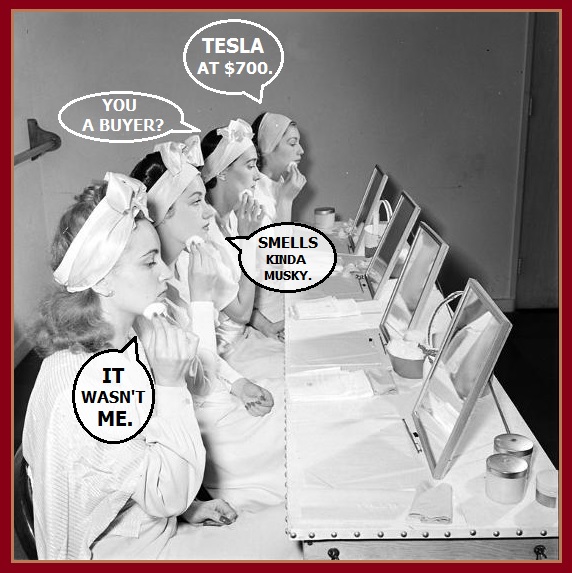 The stock under consideration today is none other than Estee Lauder (NYSE:EL), makers of lipstick and blush – but with a stock market cap of $115 billion!

Now, we’re not opposed to women dolling up – in fact, we rather enjoy seeing the Mrs. in her haut couture best.

But when the purveyors of powders, polishes and parfums start pretending they’re Microsoft, well… we feel a fella’s gotta put his foot down.

Companies with values that size belong exclusively to the tech realm, in our chauvinistic opinion.  And, as you know, eye-shadow and lip-gloss happen to be among the least technical items on sale anywhere. 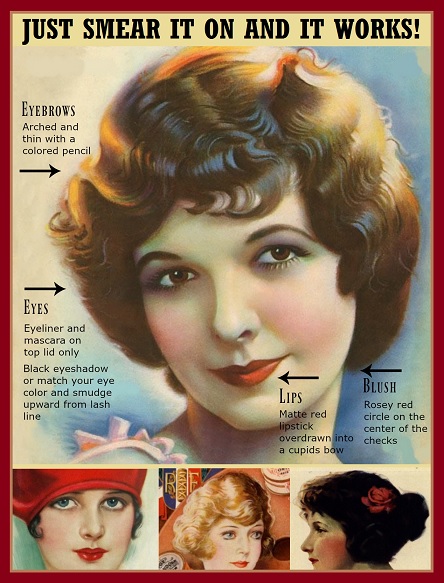 Have a look now at some fundamental numbers.

When the insiders recognize the stock is starting to behave like TESLA, and they act on it, you know something is up. 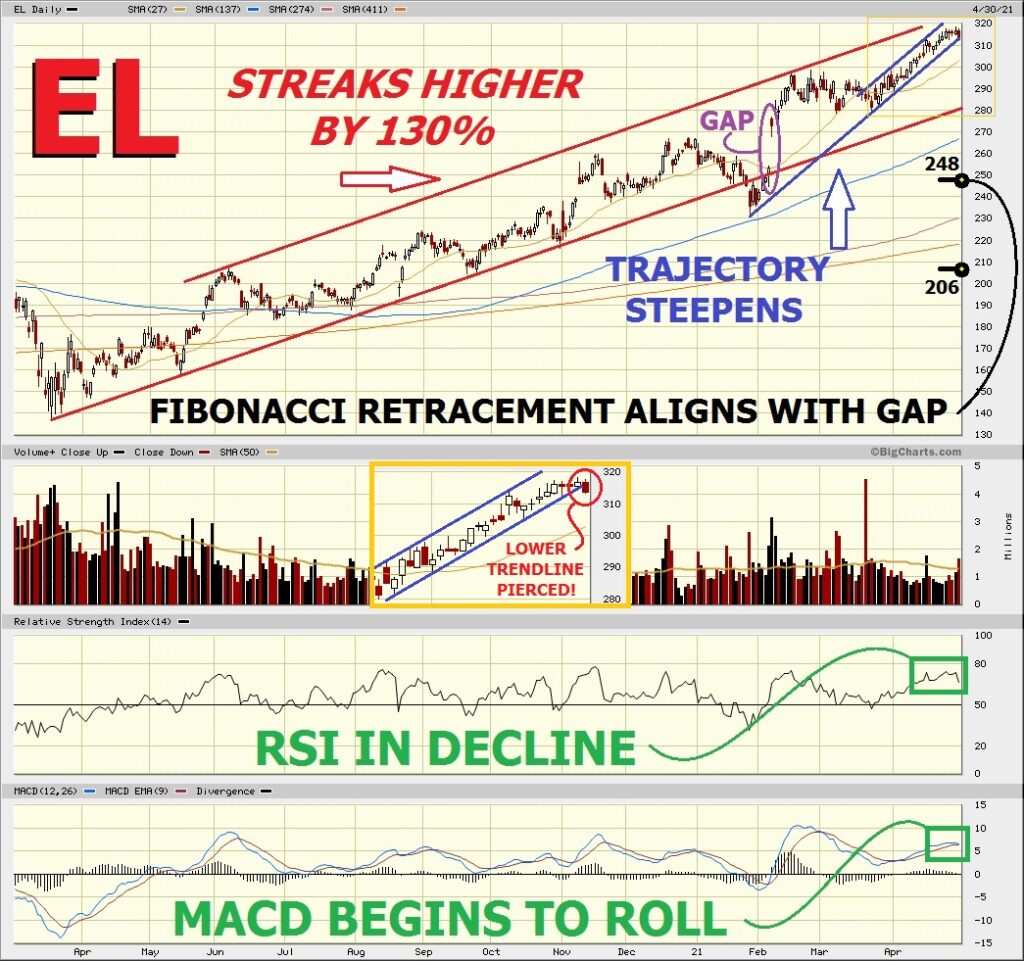 Technically, we’re looking at a stock with less than stellar indications –

Earnings for the company will be posted at the open today, so we have a potentially explosive move already in the making.

And with that in mind, we’re acting as follows –

Rationale: with the short CALL more than paying for the long PUT, we feel comfortable with the price of entry.

At the same time, the short CALL is 15% above the current stock price, which we believe is not realistically attainable over the intermediate term.

We’ll very likely close the trade as the decline fattens up the PUT’s value and diminishes that of the CALL.

Maximum loss – with proper STOPs in place – is NIL.

Remember to maintain an open STOP at 360 until the trade is closed.  If the initial STOP buy is triggered, immediately set a STOP sell.  Should that STOP be activated, reset a new STOP buy.  This will maintain a zero net loss on the trade.