The G-d of Israel is good, was good and will be good.

We don’t always understand the workings of His great and mighty hand, but we can be certain that what’s done is for our best.

That, by way of encouragement to all you good Jews and Noahides suffering under the heavy hand of government, wherever you may be.

May we live to see that great and glorious day when He and His holy name will be One. 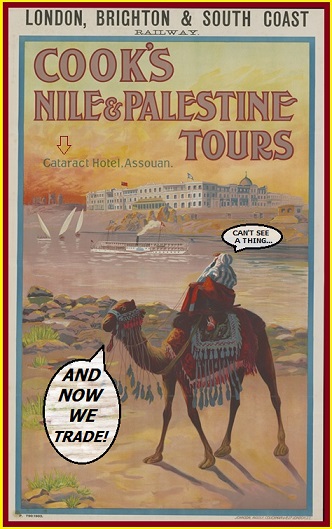 Before we get to this week’s initiative – a clean-up operation if there ever was one – we have two actions to perform on a pair of open bets.

The first was penned on July 28th in a dispatch called Reinstate the Holy Qorbanot! (Along with that Great PM Trade).  There, we urged you to purchase the WPM October 16th 55/60 strangle for $14.00 and sell the GLD September 30th 183 straddle for the same $14.00.  Zero premium was the result.

The precious metals have declined appreciably of late, and WPM even more so.  So, before we risk a bounce that would erase our current profit on the downside, we’re closing out the PUTs altogether.

A quick note – normally, these sorts of paired straddles should be left until expiry – or close to it.  We can’t resist taking some cash off the table, though, precisely because we think the PMs may now be ready to reverse.

If we’re wrong, yes, we miss out on a greater profit hoard.

At the same time, we feel it’s best not to be greedy.

The chance for additional profits still remains from the CALLs.

On July 17th we reported on our U.S. Steel trade that pocketed a tidy 6.5% for all those who followed our recommendation back on March 23rd.  For those, however, who chose to do nothing at the time, we suggested the additional sale of an August 14th 8.50 CALL – which expired last Friday OTM.

Should Steel close above $8.00 at expiry, you’ll exit the trade with all your money recouped and an additional $0.06 for your trouble.

And Now to this Week’s Wipe Down

We’re trading Clorox (NYSE:CLX) today, a stock that got a little too soapy during the Wuhan-induced penchant for hygiene, and that we now believe will tumble as folks return to their usual dirty habits. 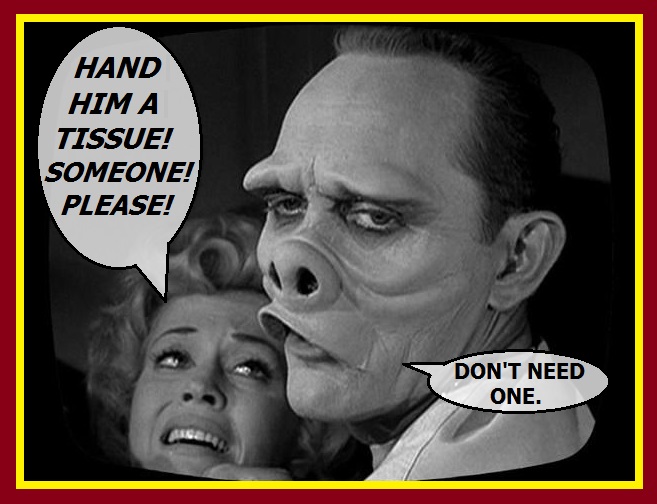 But we do not take kindly in the least to insiders selling over $120 million in stock since the batty fever first struck, amounting to a full 63% of their entire holdings. 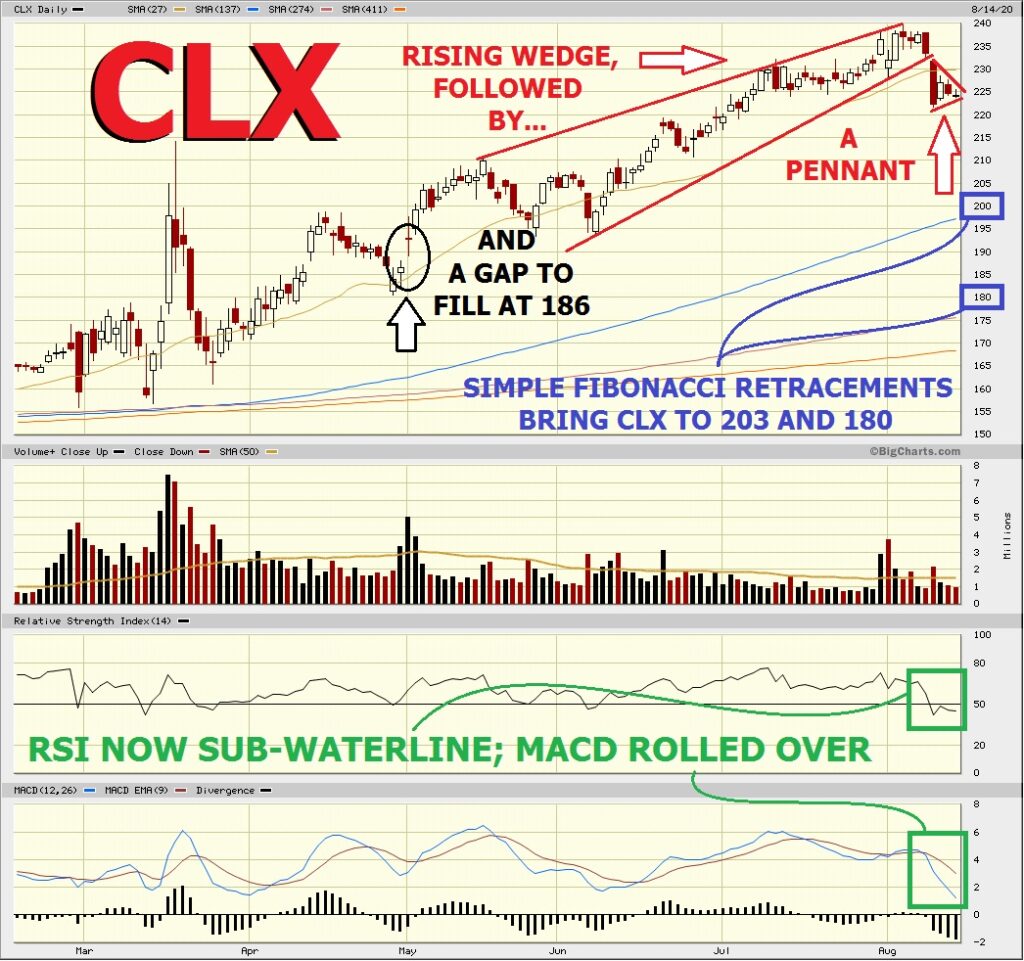 This is six months’ worth of the white wash trade, and it looks anything but constructive.

And if that weren’t bad enough, the weekly chart (not seen here), shows CLX striking an overbought RSI 80 in early May, while her MACD indicator appears just days from rolling lower.

Rationale: All the technicals point to further weakness in CLX shares.

With the market beginning to rattle, and belief in the urgency of the so-called pandemic on the wane, Clorox brands – which sold prodigiously during the sanitizing craze of the last half year – are likely to feel pressure.

Doubling the number of PUTs purchased vis-à-vis CALLs sold for the trade is somewhat risky, as it requires a greater drop in price in order to profit vs. a rise in price to lose.

That said, the naked CALL can be covered without any threat of loss by placing a STOP buy order for the shares at exactly 240.

We’re less concerned, however, about the CALLs than we are about the timing of CLX’s fall toward 200.  That is, we see immediate weakness on the horizon, but we could get bounces and jiggles before September 18th that might delay the decline and thereby throw a wrench in the soup.

[By the way, we take full responsibility for all mixed metaphors, intentional misspellings and any new word that may appear on the site.  As poets, we see little problem in taking the license to which we’re entitled and driving like the drunken barflies we always dreamed of becoming.]