Closing One For 550% & Opening Another on the Mortgage Thievery Front (COOP, ACI)

We’re backing up the truck today for a haul of cash – not gas or Bitcoin or anything else that’s value-deranged.

But before we get there, we have one to close for a very handsome return.

It’s our ACI trade, which appeared in your inbox on June 15th in a dispatch called The Early Bird catches… the Monkey Pox.

In under a month.

Chances are you’ll pocket a good deal more, because S&P September futures are down before the open by 25 points as we write.

Good on New Zealand Blake for taking on multiples of the trade. 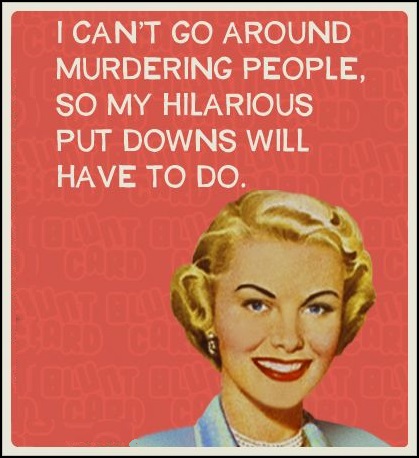 And now we sit down with Mr. Cooper (NASDAQ:COOP) the mortgage machers from Coppell, Texas, who will steal from anyone who’s interested in buying, selling or otherwise transacting business in relation to a single-family home.

And fundamentally, you never saw a company look so good!

It appears investors are pricing in a top in the housing market, as the charts (below) will show.

This is the daily – 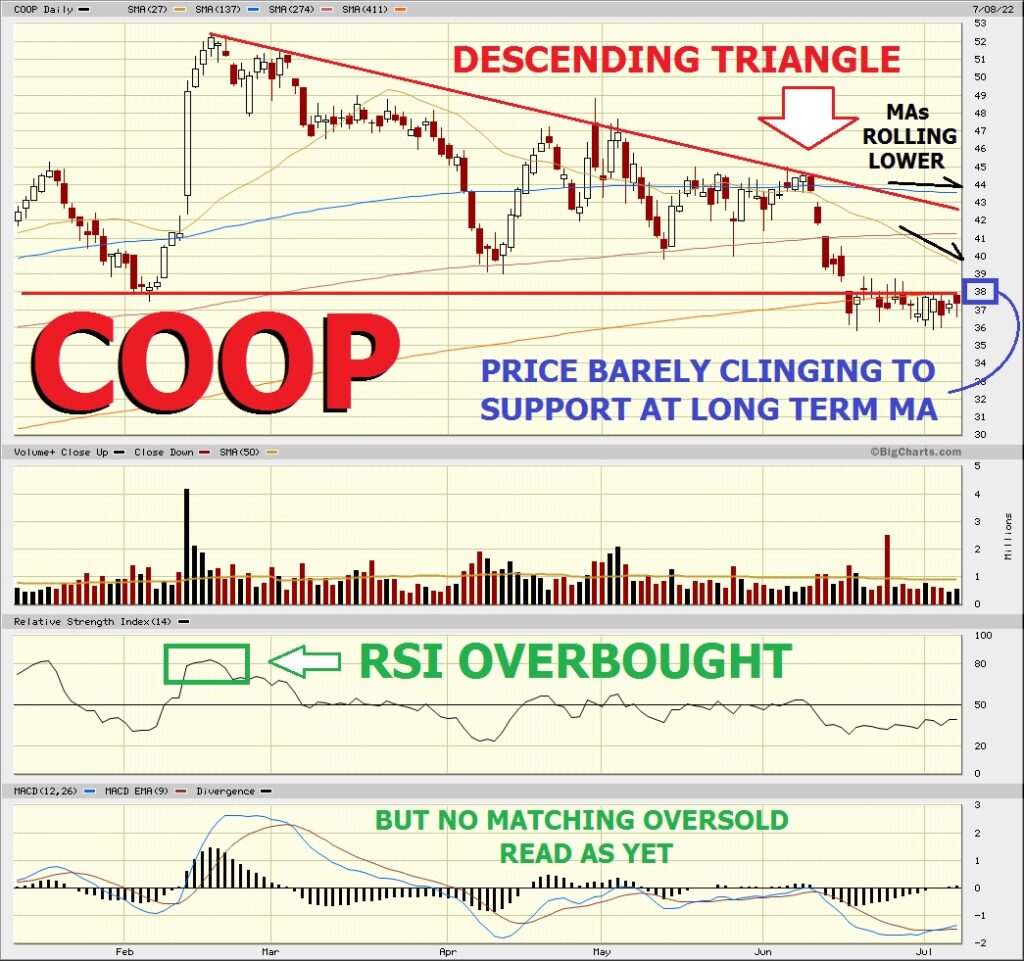 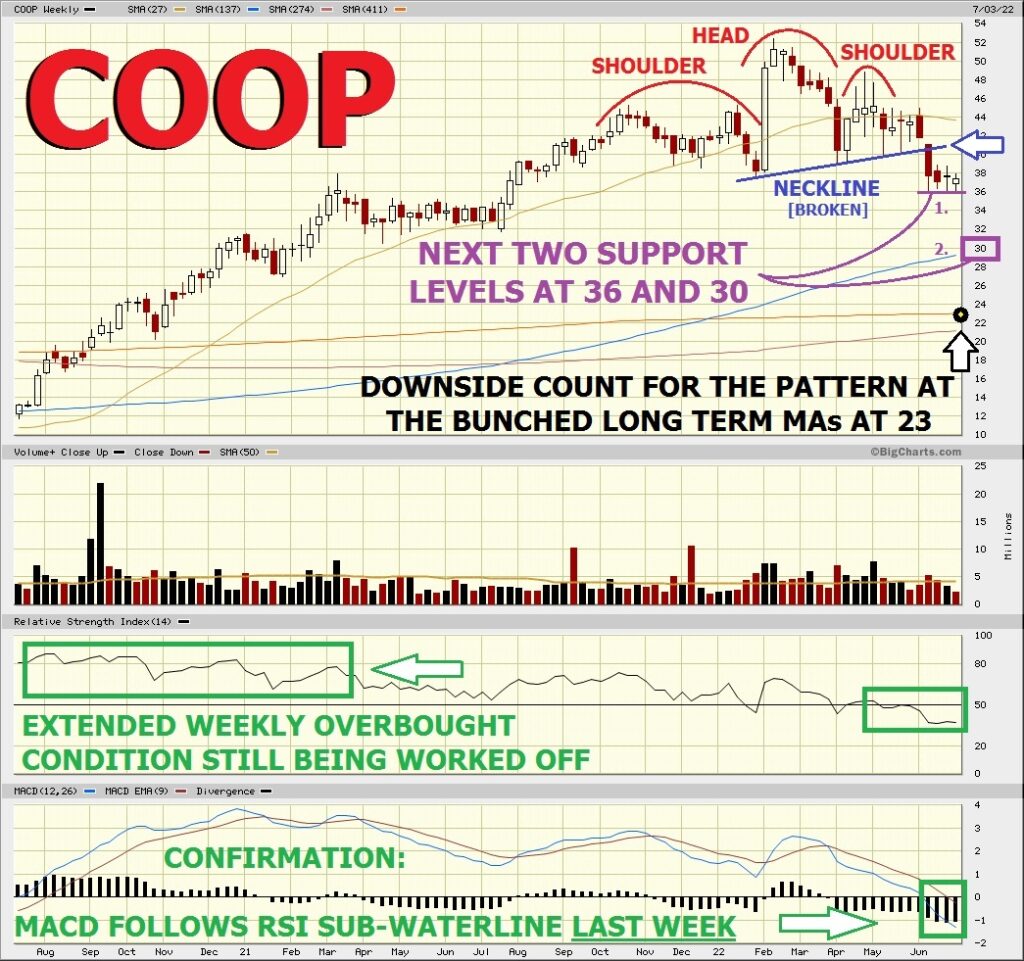 The technicals here are equally damning…

And that’s our expectation in crafting the following –

Rationale: the trade offers a maximum theoretical gain of $37.00 (should COOP go bankrupt), and

The STOP is set above the descending short-term (daily) moving average, meaning there’s less of a chance it will be triggered.

In the event that it is, however, we’ll need to reset a STOP sell at the same level (40) to keep the trade square.

And if that’s tripped, we’ll have to reset another STOP buy there, ad infinitum.

An open STOP must remain in place until the trade is closed or we reconfigure for an early profit.

The G-d of Israel is with all those who stand the test.

Who don’t give up.

And who are on the side of kedusha and Truth.