This week’s trade is a fine one – if you’re a fan of fine.

It doesn’t offer the world, but it does get you a very large payout for your initial expenditure.

Before we get to the trade details, though, a quick word about options education and our plans to roll out what we call our Tactical Guide to the Trade.

We had hoped to send subscribers a copy of that valuable treatise last summer, but in the midst of the Batflu lockdowns we found ourselves equally locked out of several important resources (and incommunicado with a number of important colleagues) upon which (and whom) we were relying to complete the task. 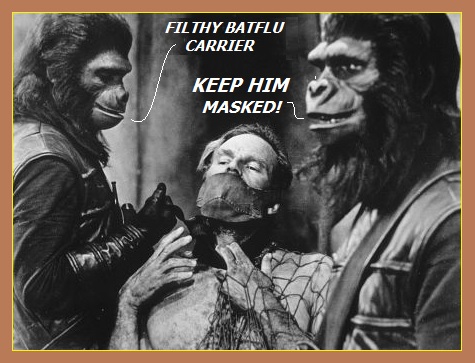 With the recent lifting of the tyranny, however, we’re back at work, and hope to have copies to subscribers by Labor Day, G-d willing.

FTI Consulting Inc. (NYSE:FCN) is a group of well-heeled egos who advise on how to both create chaos and mitigate it – in all fields of business endeavor.  Her Washington DC based consultants are globally employed to stir up mischief in the halls of any corporate entity willing to hire them, all in the name of expanding the company’s business reach or saving it money. 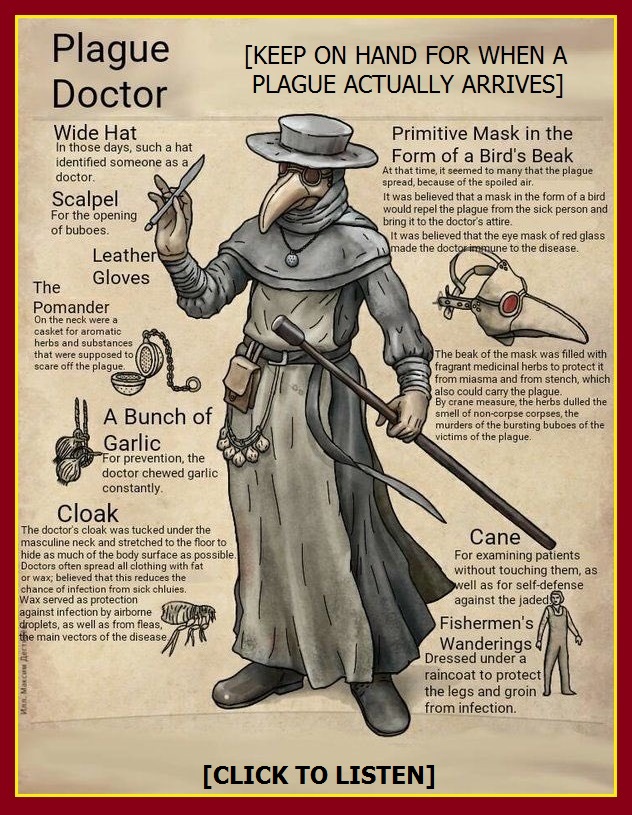 The company does well, in terms of earnings, but the stock has been sailing about without much rigging of late, and that’s put us in “periscope up” mode.

Now, her fundamentals don’t look particularly worrisome – at least, not if you compare her to some of those Suez-plugging floaters now roaming the investment sea.

Rather, it’s in the play of the technicals that we find cause for concern. 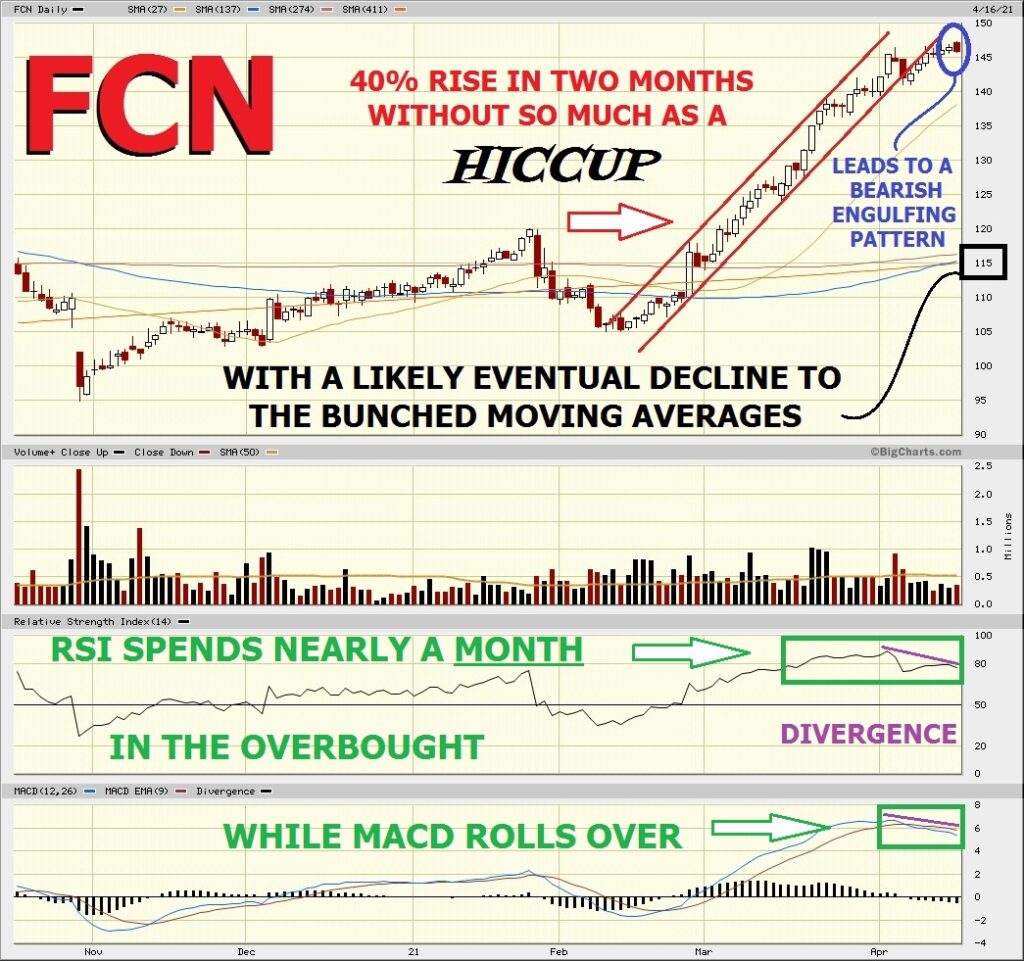 And now to the weekly, where we find a number of signals that are Ursa Major – 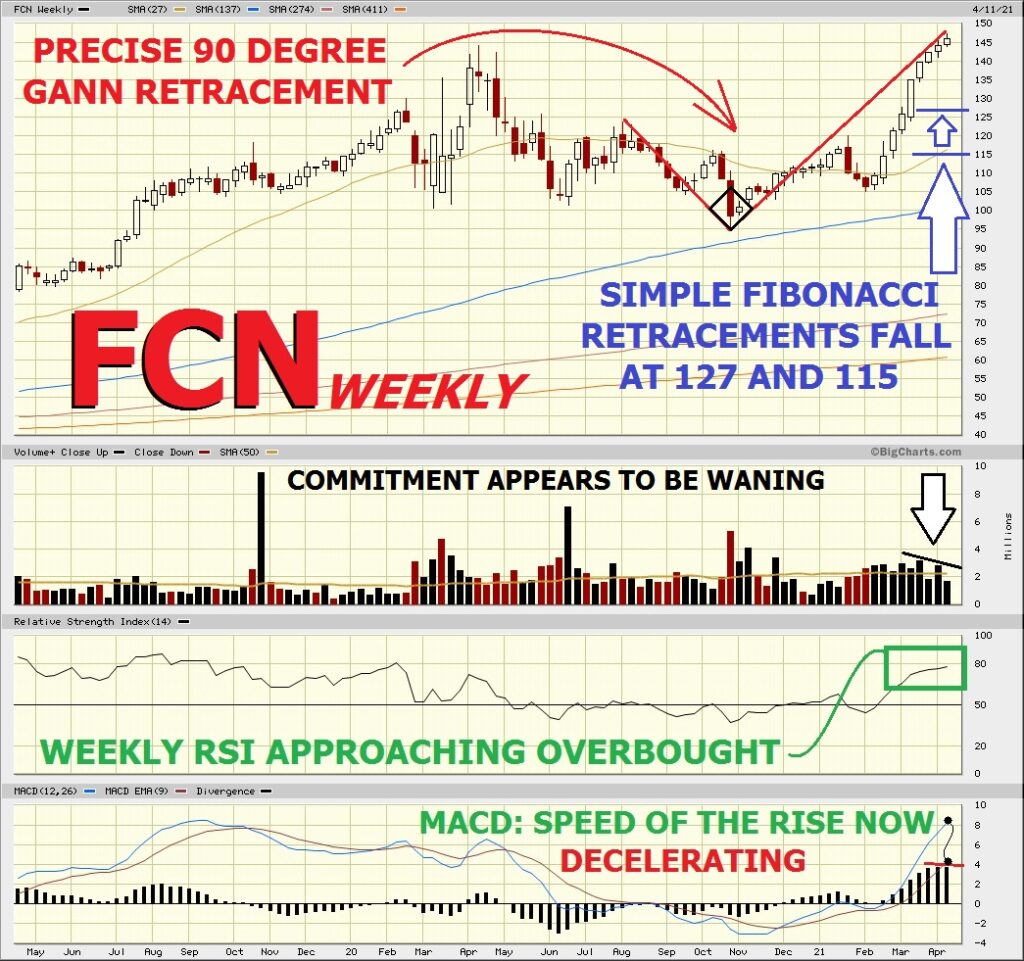 All of which leads us to predict an immediate swing lower.

And the following smarty-pants bet –

Rationale: with the stock expected to fall precipitously, we see the trade as well configured for a hefty take.

Selling a CALL spread to purchase the PUT spread lets us execute it for cheap.

Maximum gain is $12.80 (difference between the PUT strikes less the initial debit).

Maximum loss is $7.70 (difference between the CALL strikes plus the initial debit).