By sheer virtue of its size, Apple has been moving the major market indices higher and lower for years.  Indeed, its outsized influence has already been discussed at length in virtually every quarter of the financial blogosphere, so were not going to add anything new to the discussion today.

And in truth, there are a number of companies that compete directly with Apple in the push-me-pull-you market bully award, first among them Microsoft, whose massive presence on both the Dow and NASDAQ 100 (like Apple) make it similarly influential, while Alphabet and Facebook exert a strong influence on just the NASDAQ. 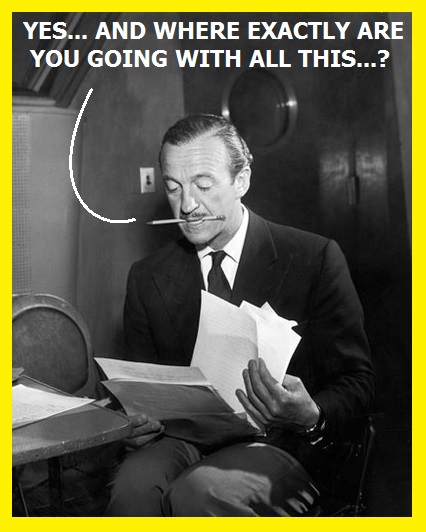 And so we ask – what’s to be done when Apple so outperforms its fellow corporate colossi that it succeeds in growing its market cap by a full 50% in just six months!?

[By the way, that market cap now sits at $1.16 TRILLION dollars – a value only slightly smaller than the GDP of Australia.] 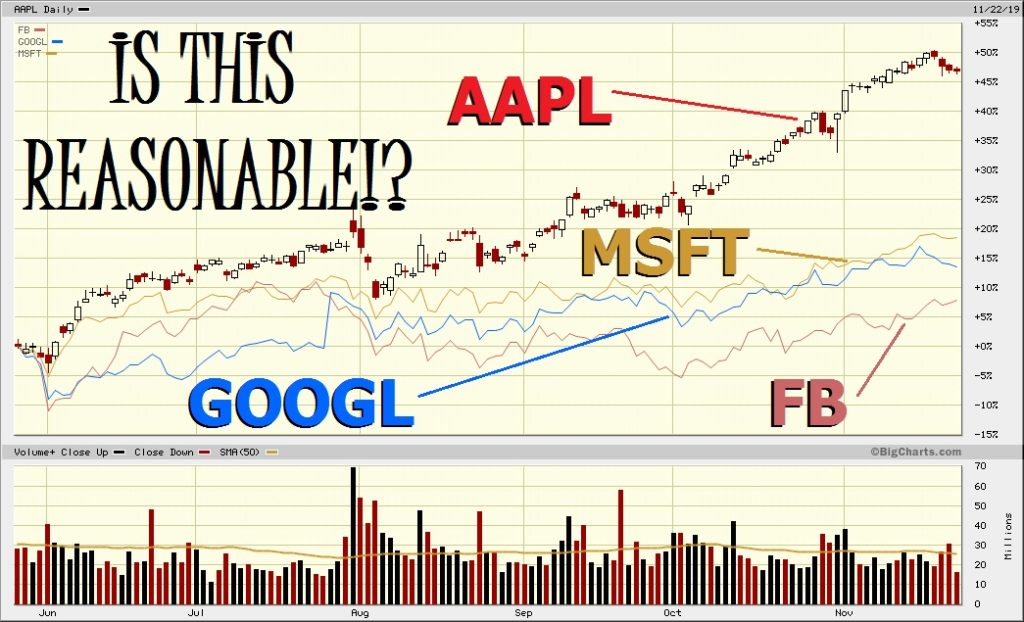 Of course, Apple fans will claim the company has of what to boast.  After all, iPhone sales remain strong, the company is consistently beating analysts’ revenue and earnings estimates, and its cash hoard is big enough to repurchase shares in a quantity and at a speed that no other company on the planet could even conjure.

That said, profits are profits, and if the tide turns for the market – as we suspect it shortly will – or should those who’ve been sitting on the stock for the last half year consider the outright depravity of their gains, the price of AAPL shares will come off. 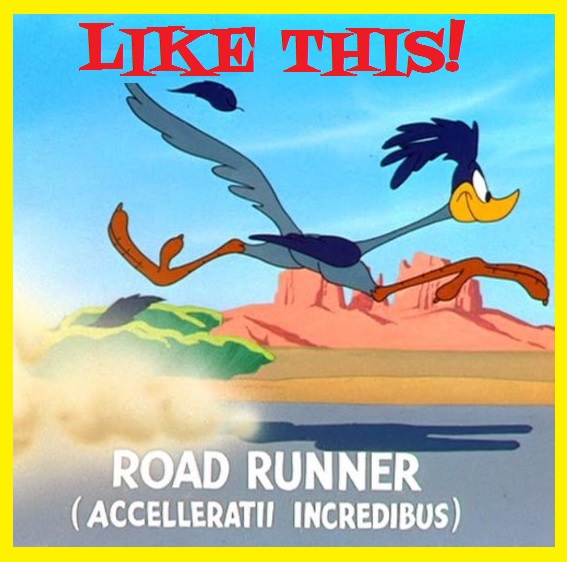 Perhaps that’s what’s moved insiders to lower their personal stake in the company’s shares by a full 10% over the last six months, despite the earnings beats and upbeat guidance? 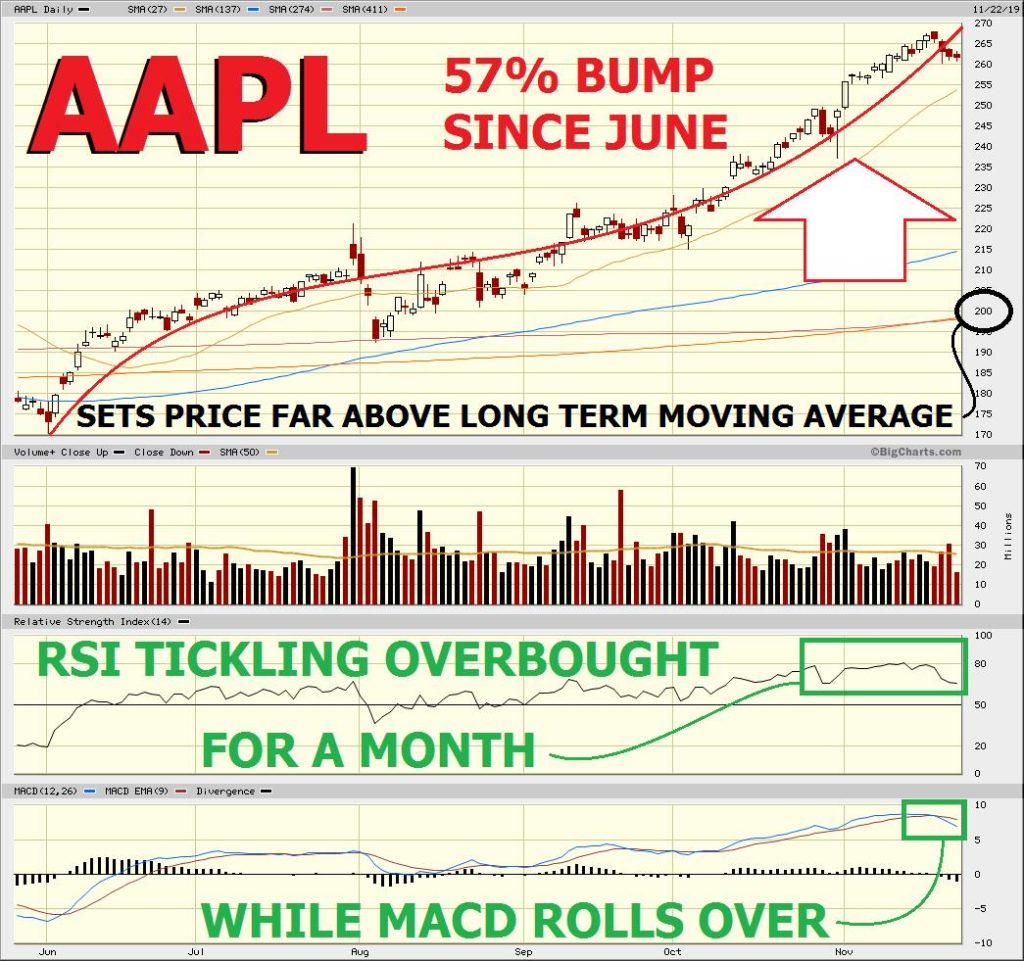 Of course, as sales numbers over the holiday season become available, we’ll have a better picture of AAPL’s immediate direction.  But it already looks like the market is discounting a worm or two in the fruit.

Now have a look at the weekly chart – 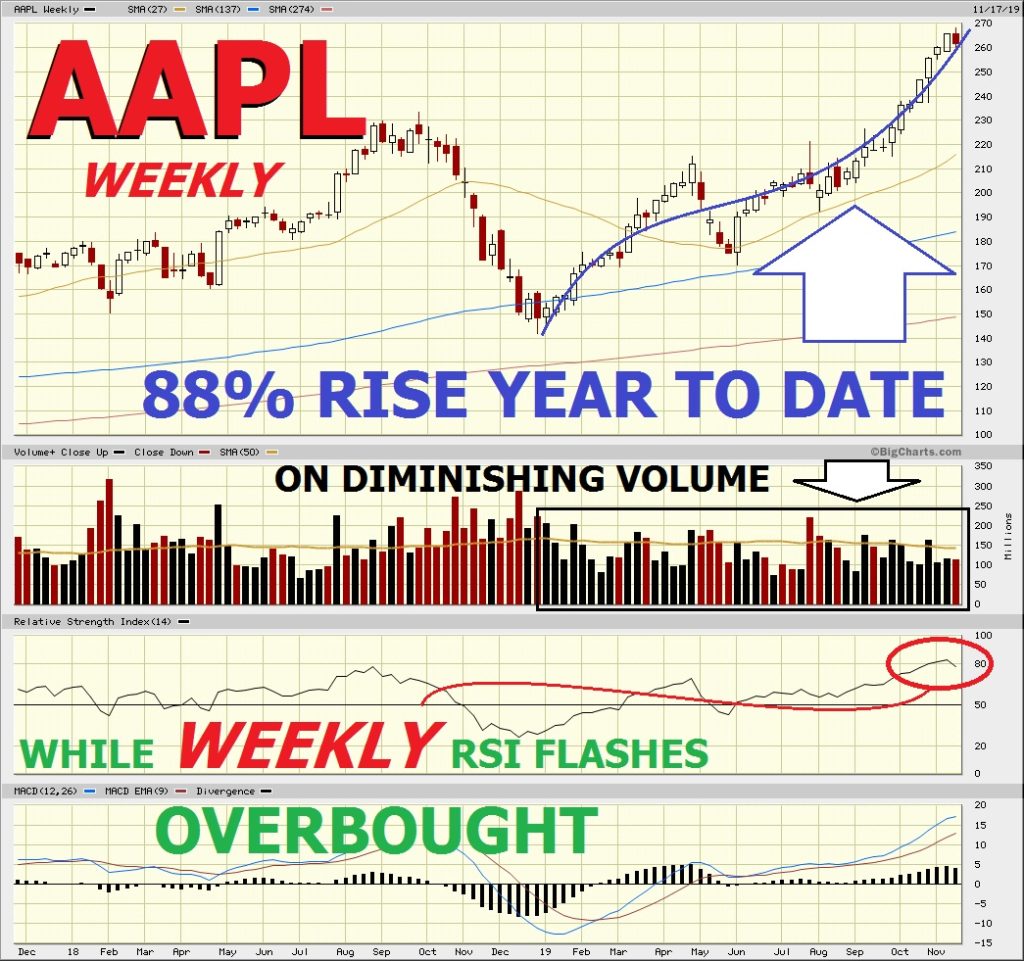 An overbought RSI signal on a weekly chart is a more serious matter than yer run ’o’ the mill daily read, and that’s why we’re now jumping up and down.

Typically, upside gains after such an indication are minimal, pointing instead toward a mushy sidewise stumble, if not an outright decline.

And it’s for that reason we feel safe in offering the following intermediate term play on Apple stock.