Dow Theory doesn’t get a lot of attention these days.

At one time it was the only “technical” game in town.

But that was nearly a century ago.

In any event, Dow Theory still has its uses, and we monitor it – as we do nearly all approaches to the investment game – in order to glean every possible edge available. 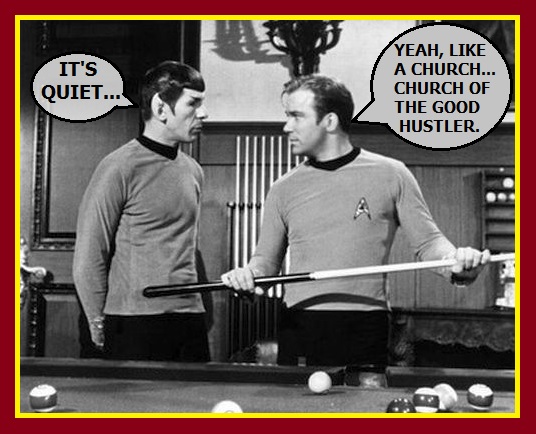 That said, Dow Theory developments over the last few days are proving interesting. 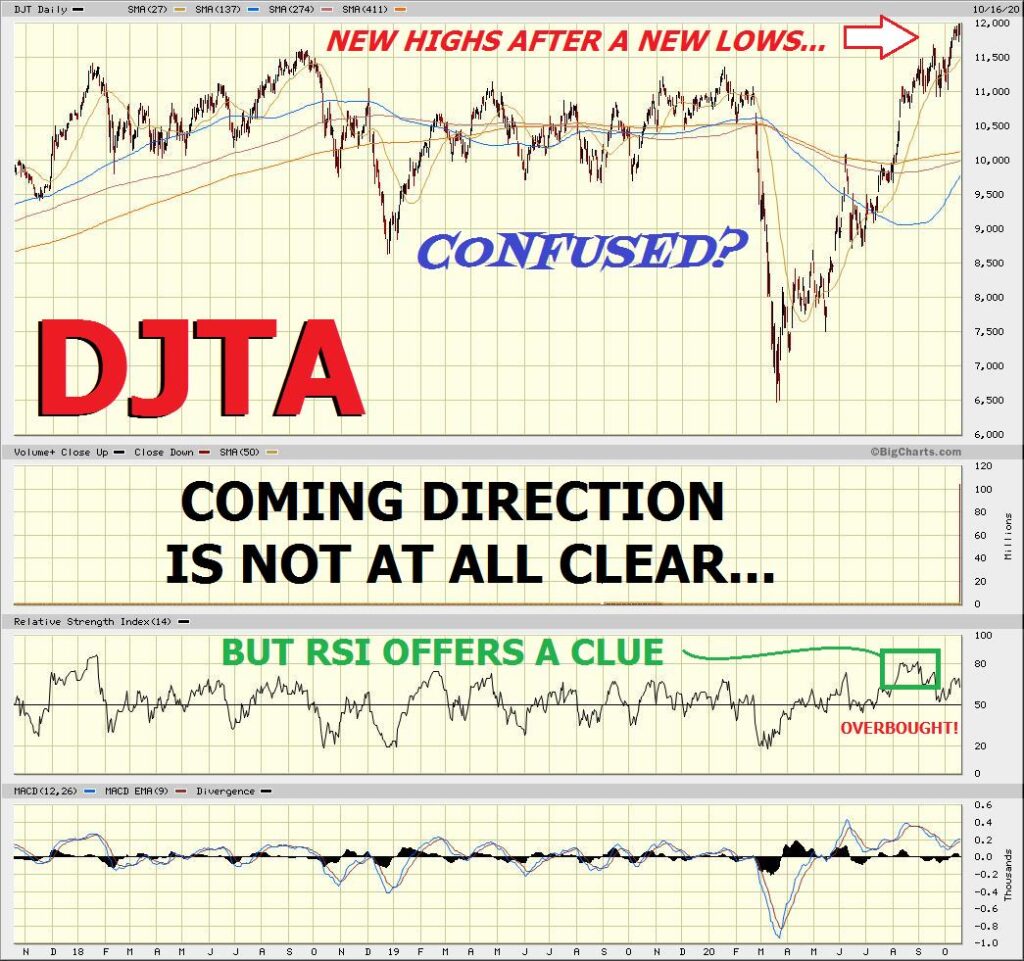 As you can see, the index just posted new highs – its first since September of 2018.

According to the theory, the primary trend of the market will be UP if and when the Dow Industrials confirm the Transport’s highs with a high of their own.

But that hasn’t happened.

The Industrials enjoyed several bumps higher since their September 2018 crest, with all-time markers set again this February at 29,568.

But thereafter, the Batflu struck, and both indices sunk to new major lows.

Which means we’re now in a period of ‘Non-Confirmation’.

More on that in a moment.

But first, take a peek at the Industrials – 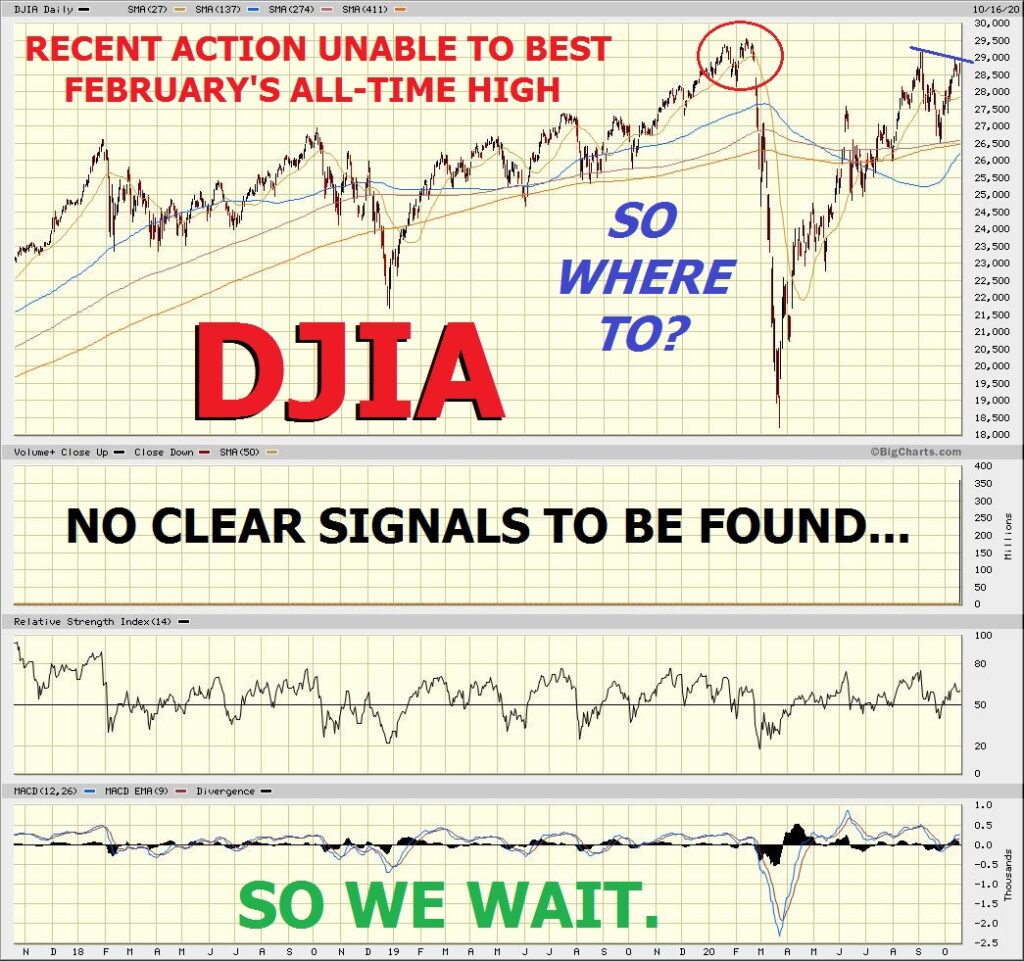 The Industrials have not been able to squeeze out new highs of late, and that means the next intermediate move will tell the tale. 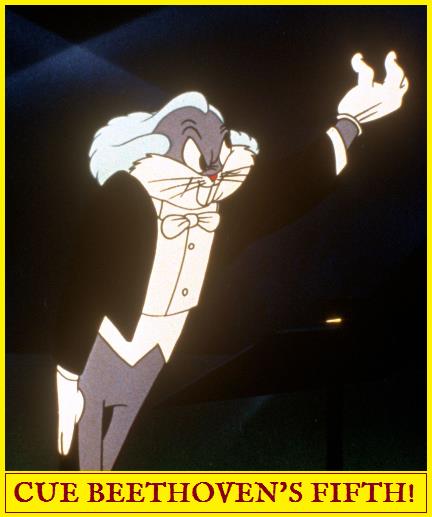 Either way, though, a resolution to the current impasse has to materialize.

Rationale: we believe the Dow’s non-confirmation situation will resolve directly after the election – or, at the very least, within a few months of it (depending upon the degree and duration of Washington shenanigans).

The chaos that we’re expecting will either provide sure cover for a steep rise in the indices, or will trouble the system to its core, resulting in a meltdown.

We see the overbought RSI read on the Transports as a sign that they’re unlikely to push higher in the near term.

We therefore expect better relative strength from the Industrials vis-à-vis the Trannies.

The pairing attempts to capitalize on that premise by going long an Industrials CALL spread and short a Tranny CALL spread.

Maximum loss is $6.80, and would occur if the two indices diverged significantly

Next Post »
In The Cleft of The Rock: Disengagement is Survival