Fire in a Spray Can – Downside Travels on Lubed-up Loser (WDFC,GNRC)

We’ve got one to close before this week’s offering. 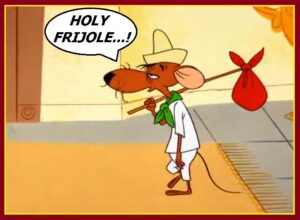 And Retire to Baja!

You’re welcome to try your luck by waiting until the end of the week – it’s possible you’ll see the stock cheaper.  And that would definitely increase your winnings.

And now for this week’s effort.

We’re getting slippery with a trade on the WD40 Company (NASDAQ:WDFC), whose lubricated rise of late appears to be losing its grip.

WDFC shares popped nearly 20% in a single session in late October, after an earnings beat that, in retrospect, may have been more grease than meat. 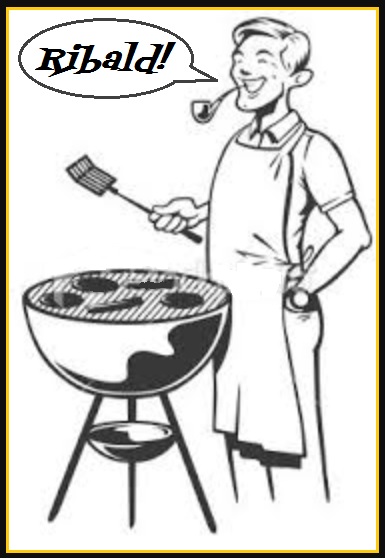 Do-it-yourself fix-ups during the Batflu (and a lot of kids’ bike chains, apparently) were said to be the reason for the boost in sales.

But that’s a bit hard to swallow.

Fundamentally, too, the stock looks rusty.

In short, this is not a growth story, nor can the “isolation renovation” trend – as their CEO calls it – be expected to continue.

It was a one-off.  The follow through is over.  And the shpritz is about to spittle.

Take a look at WDFC’s daily chart since March – 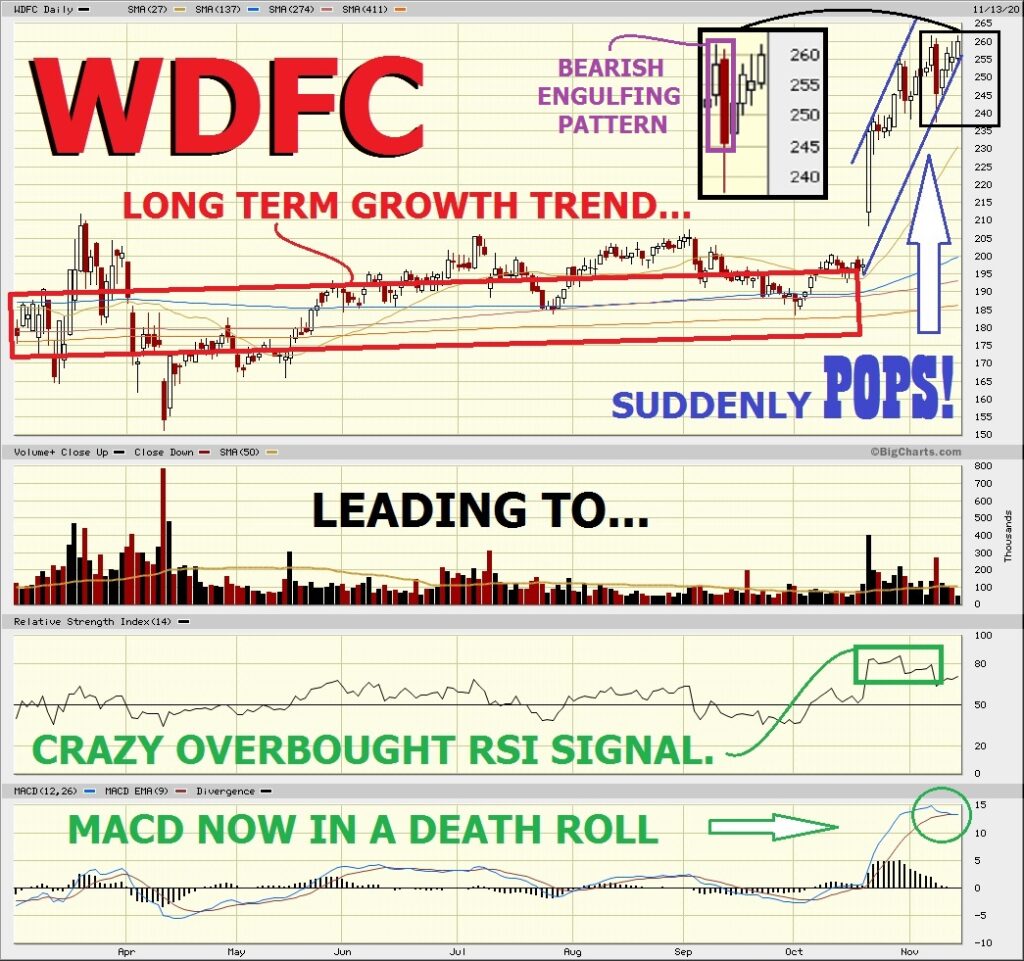 It’s clear that October’s earnings surprise led to a bidding derangement that compromised the company’s technicals. 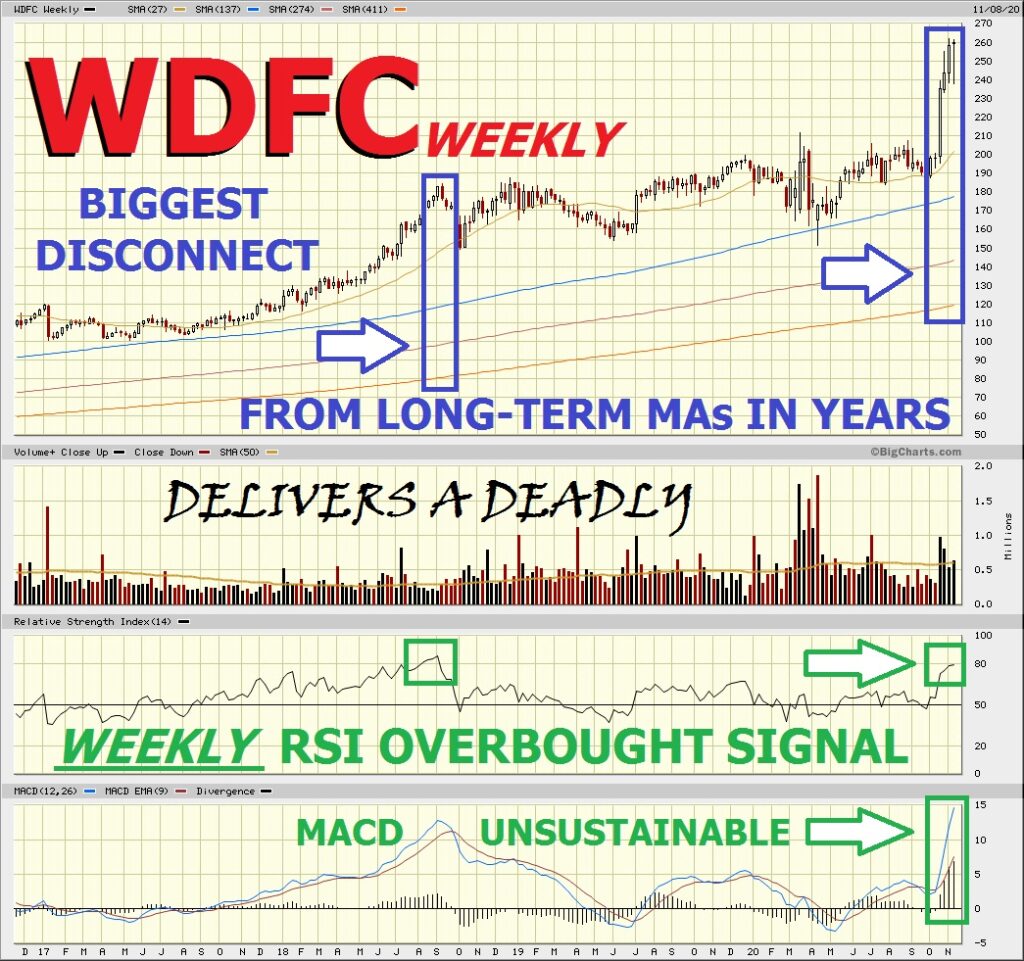 And it’s with all the foregoing in mind that we offer the following unique, long-short spread play on a WDFC decline –

Rationale:  We want downside exposure to WDFC for as cheap a price as possible.

Selling the CALL spread helps us offset the cost of the PUT spread.

Maximum loss on the trade occurs if WDFC closes above 270 at expiration (and equals $19.80 – the spread between the short CALL strikes plus the initial debit).

Maximum gain on the trade is $10.20 (the spread between the long PUT strikes less the initial debit).

Because the spreads are overlapping, we have muted gains and losses between 260 and 270.

3 responses to “Fire in a Spray Can – Downside Travels on Lubed-up Loser (WDFC,GNRC)”