Death to Evildoers!  Death to the Enemies of G-d!

Death to Amalek and the Erev Rav!

As you’ll see, the trade has been crafted for a massive take on a small move – with nothing laid out to set it up.

Too Good to be True!

But before we sell you on the MCK SELL, we have FIVE whopper trades to close – and a whack of cash to pocket.

We start with our AQUA trade, whose details can be found HERE.

Bottom line is we’ve got a $2.00 debit and are holding the February 18th 45 synthetic short

Our VRSK trade details can be found HERE.

With the stock at $198.15, the synthetic short can be closed for Humphrey Bogart seizure profits.

Get that done and you step away with a very fine $1.80 on zilch laid out.

Adjusted for basic commissions gives you a handy 1100%.

Move it on over!

With expiry at week’s end and the possibility of a bounce before then, we’re shutting her down.

Our ADP trade’s details can be accessed HERE.

And because we’ve a hunch the stock may skitter and scamper at this level for a short bit, we’re exiting the trade today.

Or four hundred and five bucks.

As mentioned, we’re chasing MCK lower today for very little cash up front, and the possibility of a wooly mammoth takeaway.

MCK is a little sickly on the fundamental front.

Now to the chart – 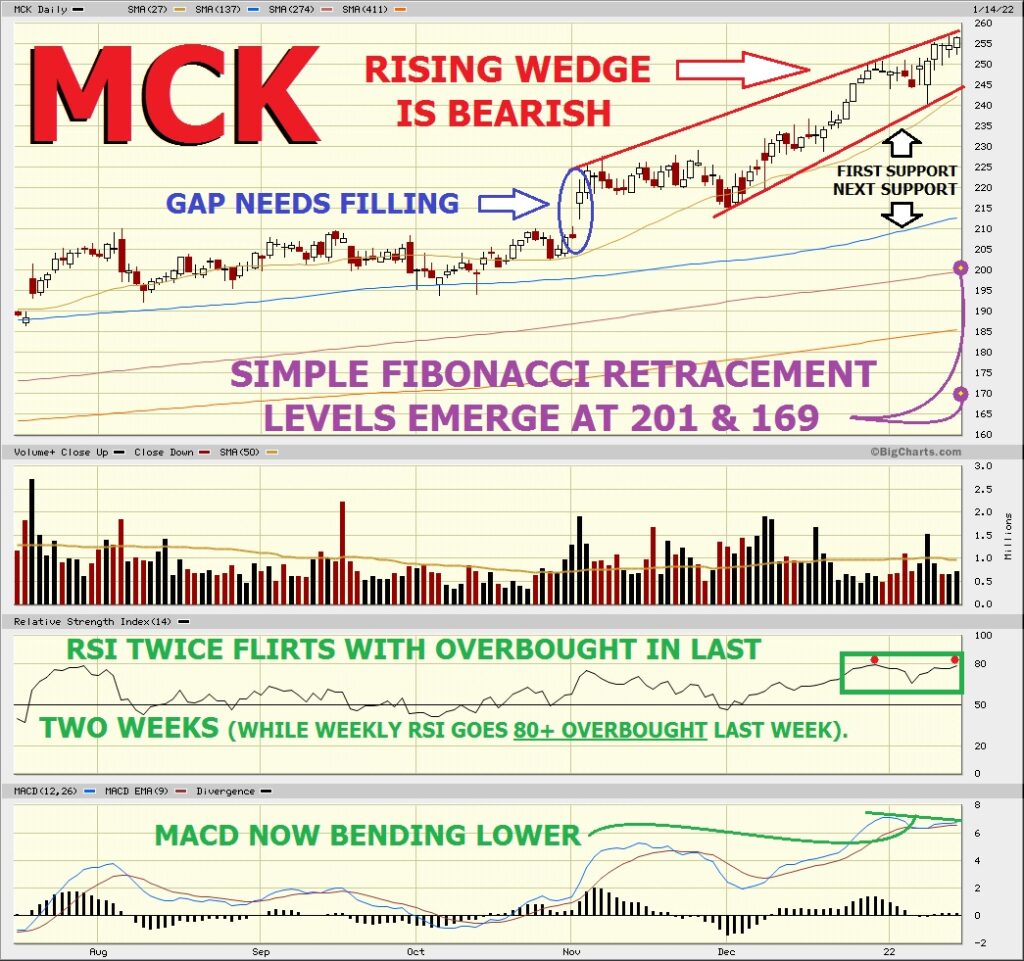 Our trade, however, is not predicated upon such a steep decline.

On the contrary, a far more modest pullback will bring us the riches we seek.

Rationale: we’re looking at an opening credit to win a max $10.20 on the trade.

And it’s always nice pocket something at the outset, no?

Anywho, max loss is $9.80 (difference between the CALL strikes less the initial credit).

And we’ve got four months to accomplish that.

« Previous Post
156% in COSTCO WINNINGS!… Then Take a Ride on The Big Steel Rail (NUE, COST)