You might think it odd that in the middle of the most furious trade row in a quarter century – at a time when consumer debt levels were peaking and the economy was at an apparent plateau – that fast food stocks would be faring so well.

Maybe because a tapped-out citizenry turns to McDonald’s instead of Chateau Du Gros Homme when it comes time to dine out?

But however you slice it, KFC, Wendy’s, Taco Bell and the rest of the poison-serve industry have been positively soaring of late.

So much so, that we’re seeing extreme overbought reads on a great number of them.

On the other side of the coin, retail food distributors have been holding their own of late, too, turning in solid performances and barely dipping as the rest of the market swooned.

One such example is US Foods (NYSE:USFD), suppliers of grub to institutions and supermarkets across the land.

More than that, it’s 99.70% institutionally owned! 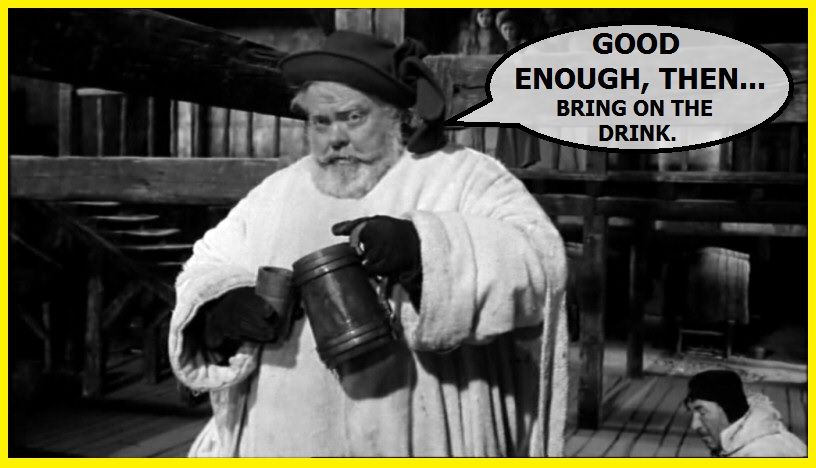 We’re aiming to pair an old stodgy like USFD against one of the aforementioned high fliers, a relative newcomer to the world of synthetic ingestibles called Shake Shack (NYSE:SHAK). 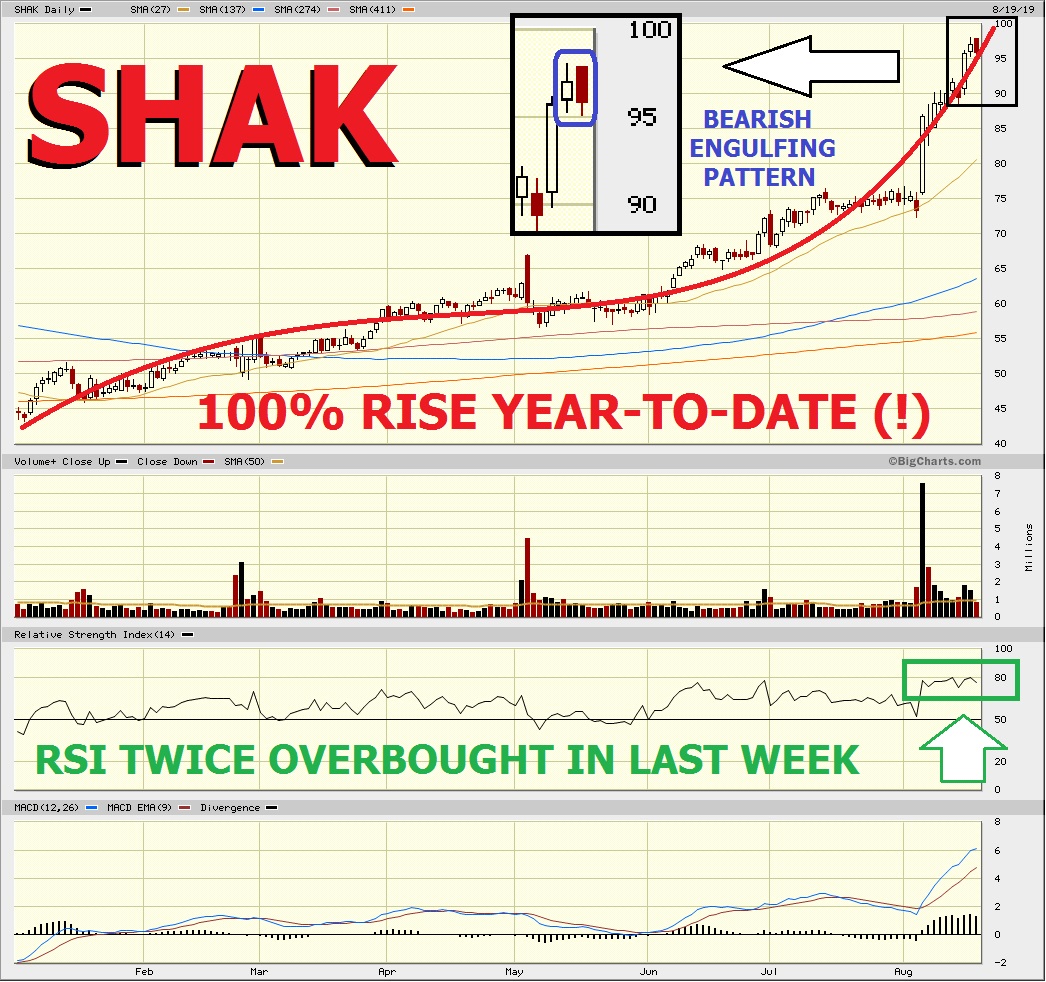 All told, it appears the SHAK quacks have pushed the stock as high as it’ll go for now.

But before we get to our trade, a few more numbers to digest.

What’s more, the amount of insider selling in the stock over the last six months is outright disturbing.

Insiders relieved themselves of almost 94% of their holdings in just the last half year!

And that doesn’t feel too promising. 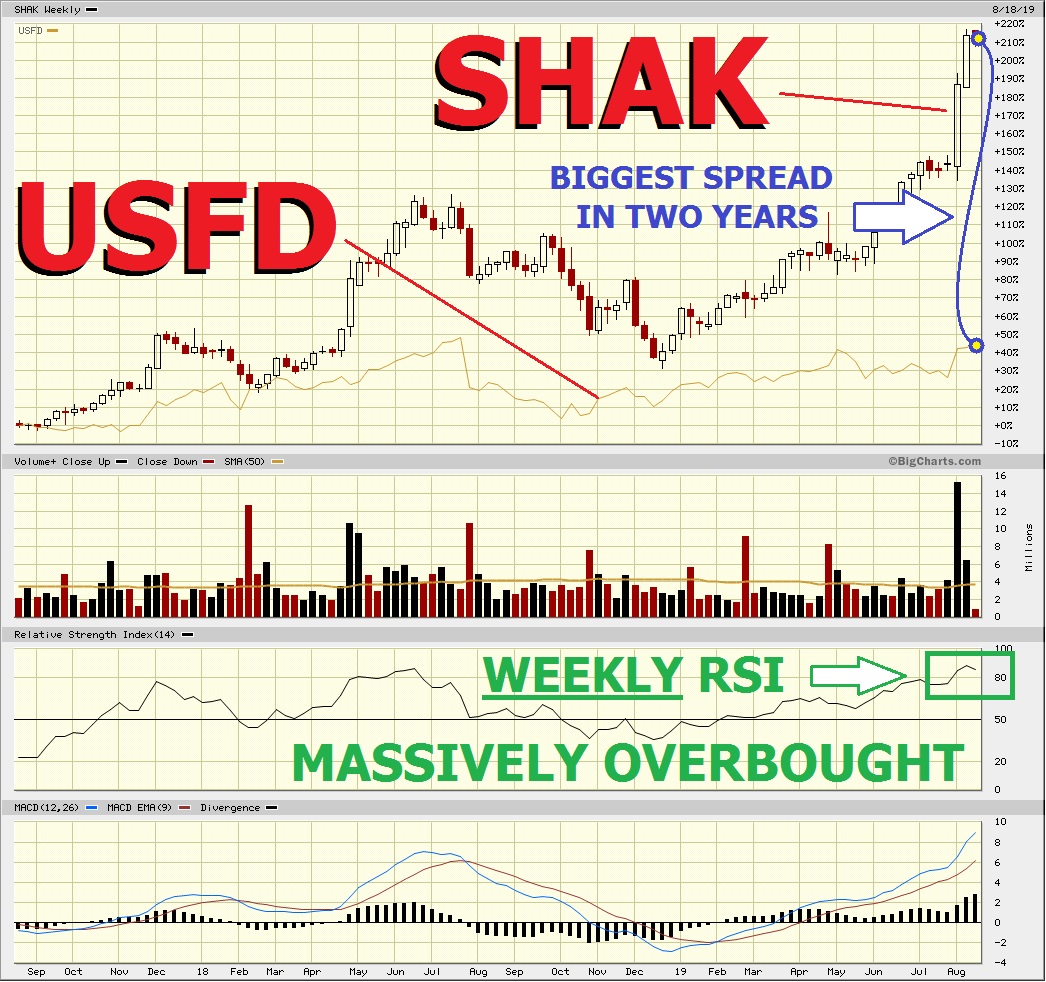 The weekly chart is also indicating a wildly overbought condition (in green).  The last time this happened (exactly a year ago), SHAK lost three quarters of its value.

So how do we play it?

The spread between the two stocks is bound to close.  And we believe the best manner of gaming that outcome is as follows –

Next Post »
“Nor any Drop to Drink…”  unless you wanna pay a premium (AWR,XLU)