Hate the Company and the CEO, Love Trading the Stock (XOP,TSLA)

We don’t think much of Tesla, its ‘spokesman’, its product or its plans.

In fact, we look upon the whole project as something of a joke – an expensive and tragic one, to be sure – but a joke, nonetheless.

But those sentiments don’t extend to the company’s stock.

With respect to TSLA’s shares, we have only good things to say.  After all, it’s volatile.  It’s liquid.  And it offers one helluva money-making opportunity to anyone keen enough to ride it.

And that’s exactly what we’re planning on today. 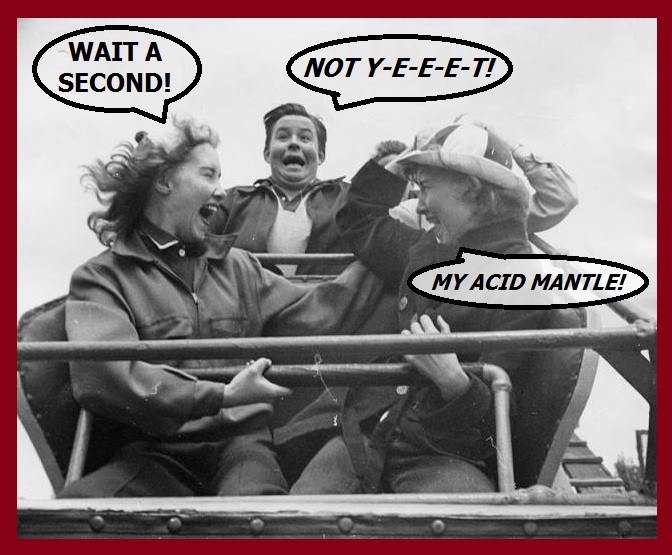 But before we get to the trade and why it currently looks so scrumptious, we have to address our XOP butterfly initiative that closed last Friday – in the red.

Throw the Bums Out!

As we wrote Friday morning before the bell, there appeared little chance of recovering from this one – nor was there any feasible way of rolling it out.

And so she expired.

In order to ensure that nothing further remains on the table, please check your account to be sure that the spread successfully “cancelled” itself.  That is, both the short and long PUTs expired in-the-money, so you should have nothing showing on the trade save a $56 debit. 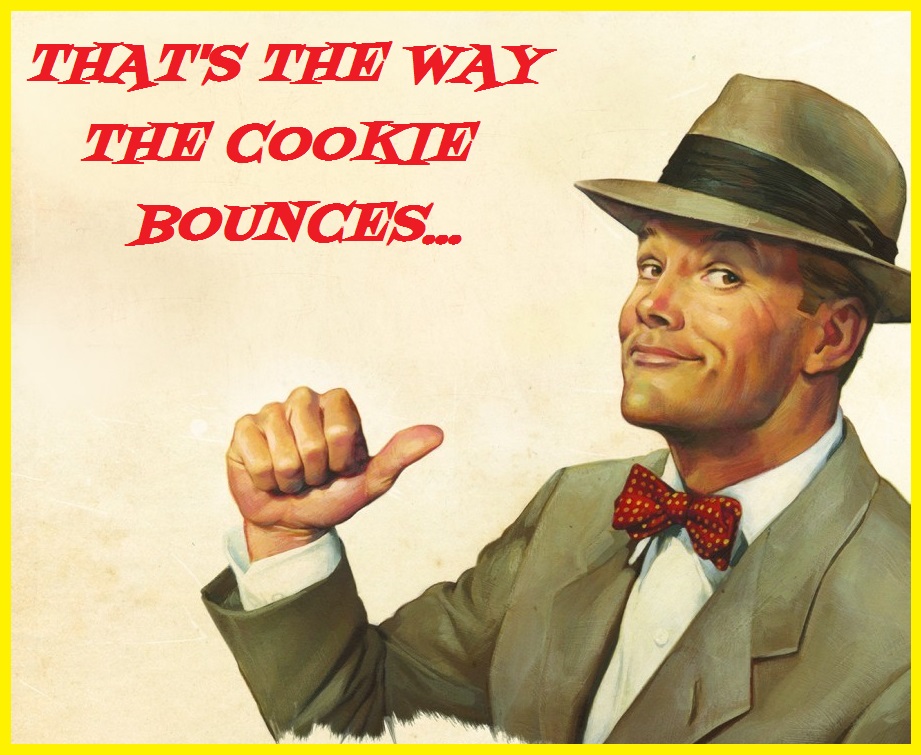 As for the Tesla trade, listen up.

We’re of the opinion that there’s a short term upside for the stock, and we want to take advantage of it. 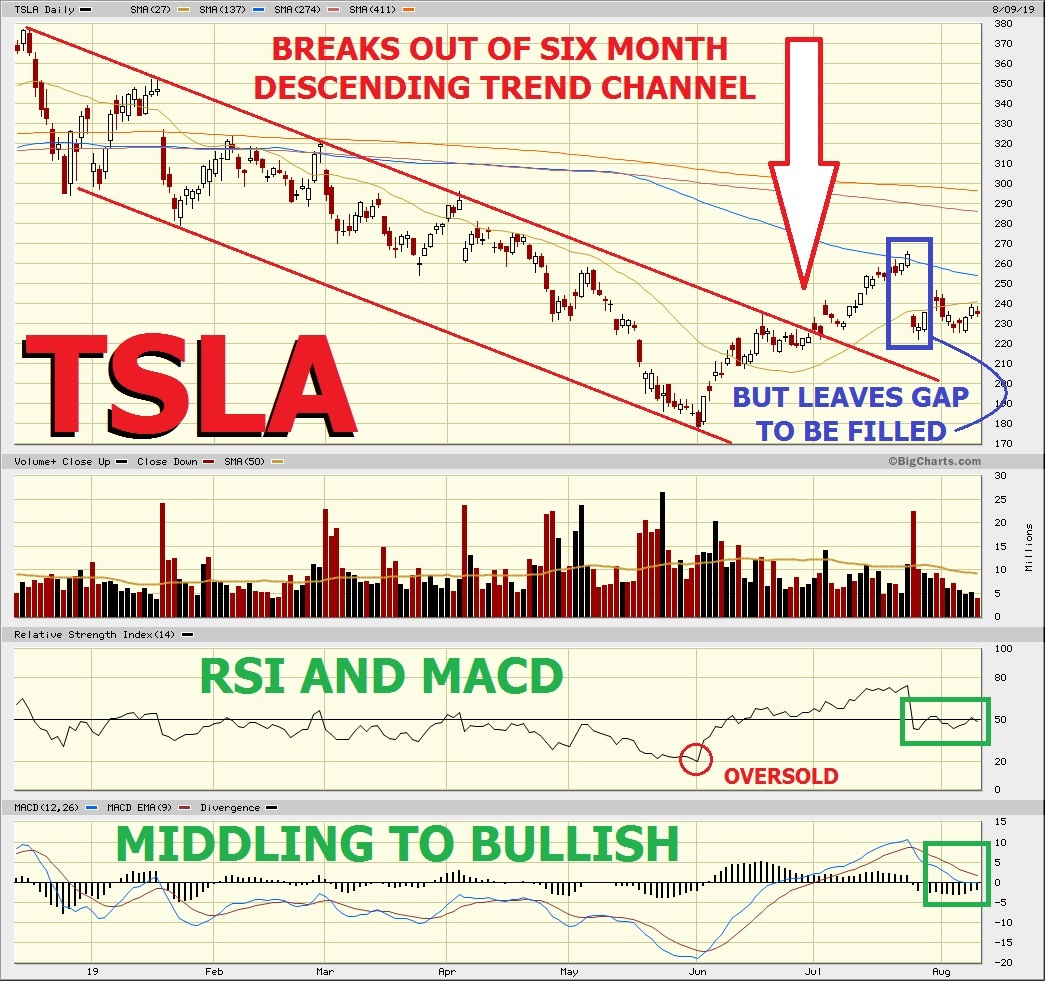 This is the daily mock-up for the last six months, with the most salient feature – the gap down of three weeks’ back – blocked in blue.

Our opinion is that the gap will be filled – and rather sooner than later.

All of which militate toward higher price action for Tesla shares in the coming weeks.

Now have a look here – 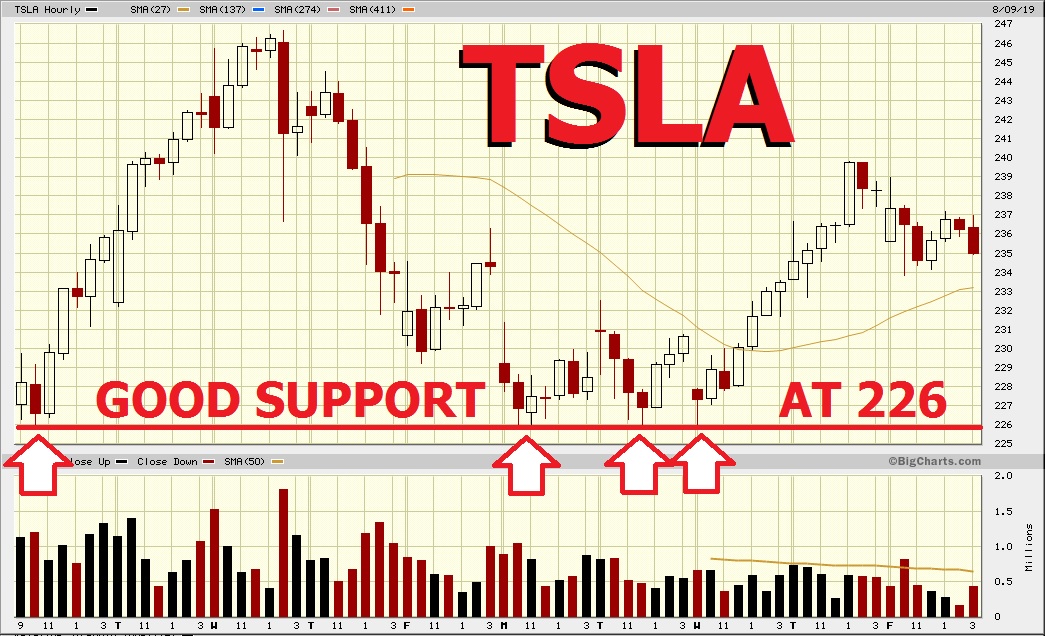 This is the last ten days trade on the hourly chart, and it clearly shows support emerging at the 226 level on four separate occasions over the last two weeks (red arrows).

And we’re using that to calculate the optimal trade for the circumstances.

A Bounce is Coming!

We’re expecting a TSLA bump in the coming weeks, and we’re trading accordingly.  But if we’re wrong, and it occurs at a more distant juncture, we want to limit our downside, too.

We’re selling a PUT spread for a credit and using the funds to buy a CALL.  That gives us a definitive profit/loss profile, with a known maximum loss and unlimited profits if we’re right.

Next Post »
How to Profit From the Ridiculous Divergence Between the Price of Oil and the Drillers (XOP,USO)