There may be no business like show business, but it’s a pursuit that’s known to come with a mountain of risks.  And figuring out a winning formula for stage and screen is far more a crap-shoot than a calculated hedge.

Death and taxes, on the other hand, are pretty much sure-fire rackets.  Try as we may, there’s little hope of escaping either.

That said, if you’re scoping the tax game for an investment, a company like H&R Block (NYSE:HRB) might be a good play, while in the realm of death, Walmart (NYSE: WMT) – yes, the one and only – or Service Corp International (NYSE:SCI), might make for good trades.

But it was a recent acquisition in the death space that alerted us to a potential wham-doggy winner trade that we’re about to lay out for you now. 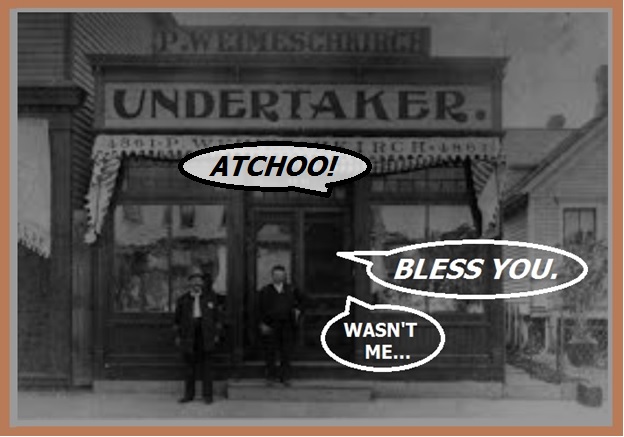 An Industry Shrouded in Money

On the buy side of the transaction was the ever-acquisitive Hillenbrand Inc. (NYSE:HI), purveyor of a full 45% of all caskets bought annually in the U.S.!

In short, not bad at all.

The company they bought, Milacron Holdings (NYSE:MCRN), is a plastics-processor that, presumably, will better permit the eternal housing of the deceased (who are increasingly dying of plastic consumption). 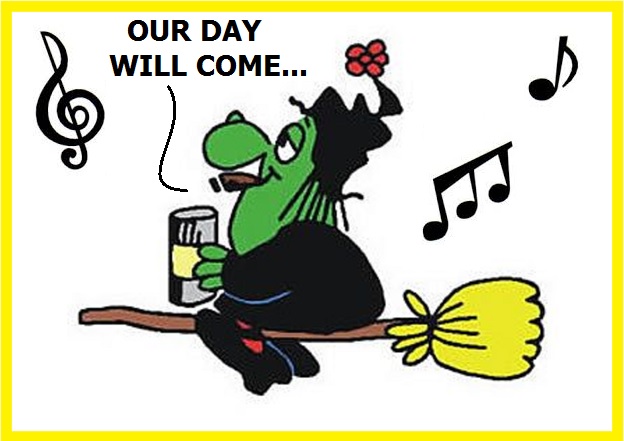 Oh, the irony of it all…

In any event, Hillenbrand stock did a complete booger-wipe after the Milacron announcement, as no one believed their nonsense about ‘synergies’ and increased revenues and so forth.

This is HI’s daily chart, year-to-date – 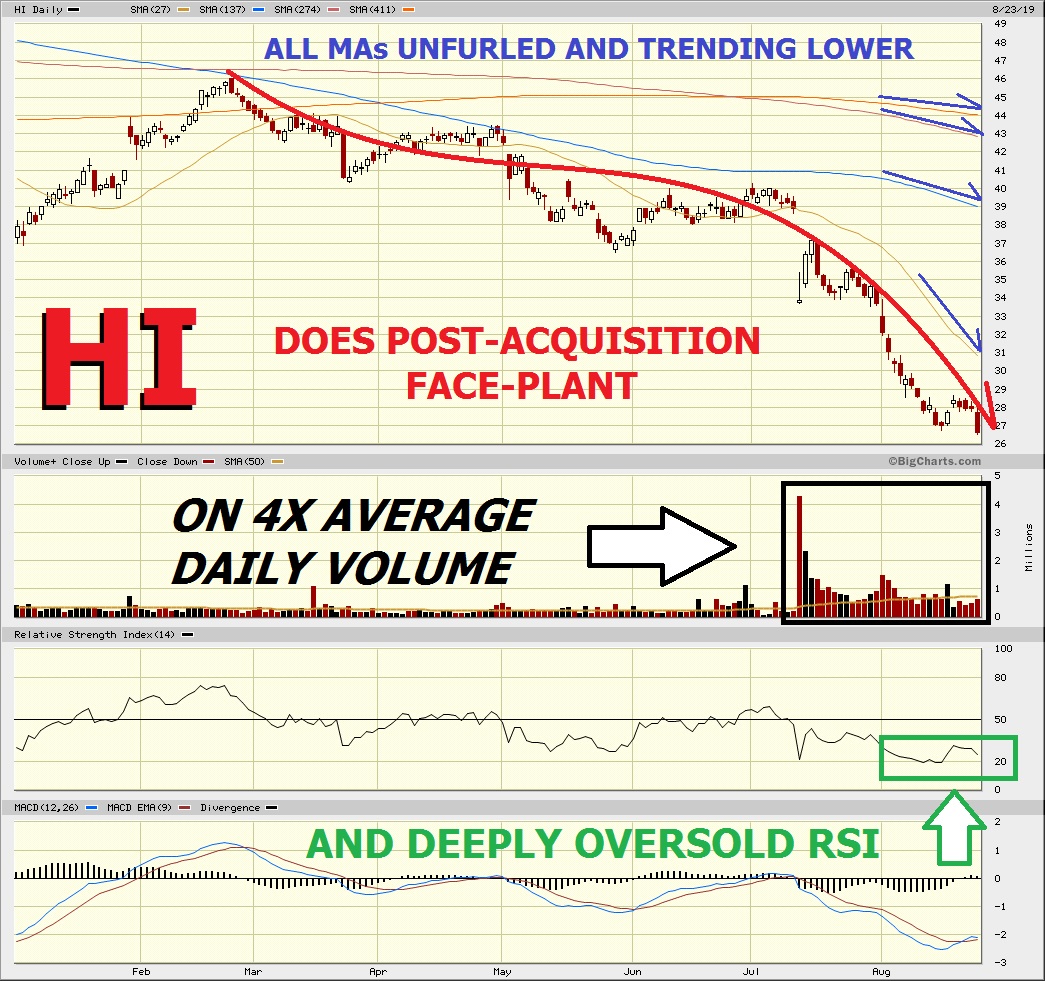 As you can see, the stock was holding up reasonably well until mid-July, when the acquisition was announced…

And then the winds began to howl.

Have a look now at the weekly chart, where you’ll see a an oversold weekly read on the RSI (in green) – 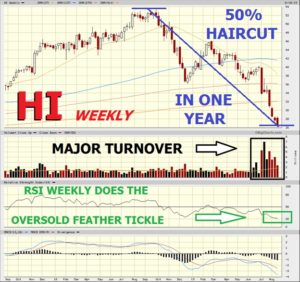 Oversold weekly indications are nothing to scoff at, and being among the world’s foremost scoffers ourselves, we can testify to the urgency of the current selloff.

What’s more, the stock has lost precisely half its value since the late September selling began (in blue), and we therefore believe that a meaningful bounce will commence this week.

And we’re trading it as follows –

« Previous Post
“Nor any Drop to Drink…”  unless you wanna pay a premium (AWR,XLU)

Next Post »
All You SMG Traders – Hold Tight! And Mind the Fakery!