Invasion of the Wheat Snatchers! (ADM)

The Archer Daniels Midland Co. (NYSE:ADM) once touted themselves “Supermarket to the World”.

And today, with the Ukrainian wheat supply officially off-line, folks are speculating that ADM stands to profit like a band of brigands from supply shortages and inflating commodity prices in general.

And it’s all quite possible.

But stock prices can also get overly inflated.

And snapbacks occur when you least expected them. 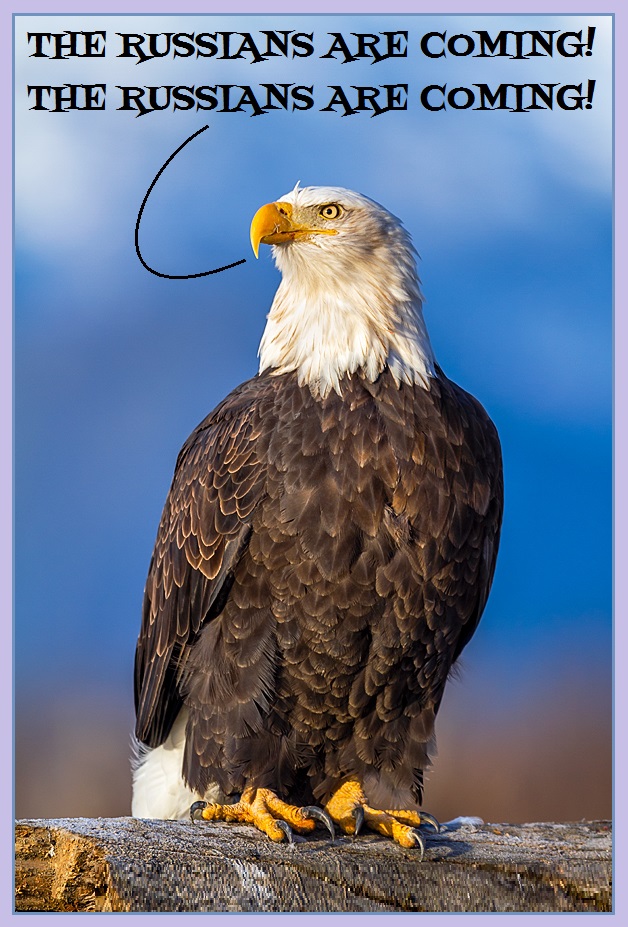 That’s why we’re taking aim at Chicago’s ADM today, the company that (in its own words) “procures, transports, stores, processes, and merchandises agricultural commodities, products, and ingredients in the United States and internationally.”

That is to say, there your classic business middle-man.

The company was founded in 1902 and has been ripping off salt-of-the-earth farmers ever since.

But enough with the introductions… 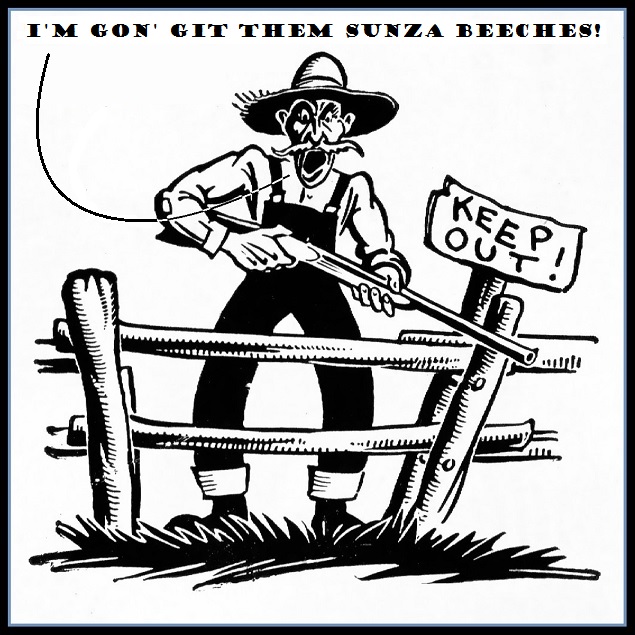 ADM has a fairly solid line-up of fundamentals –

Proving there’s ample reason to suspect the stock has run its height.

Have a look now at the daily chart – 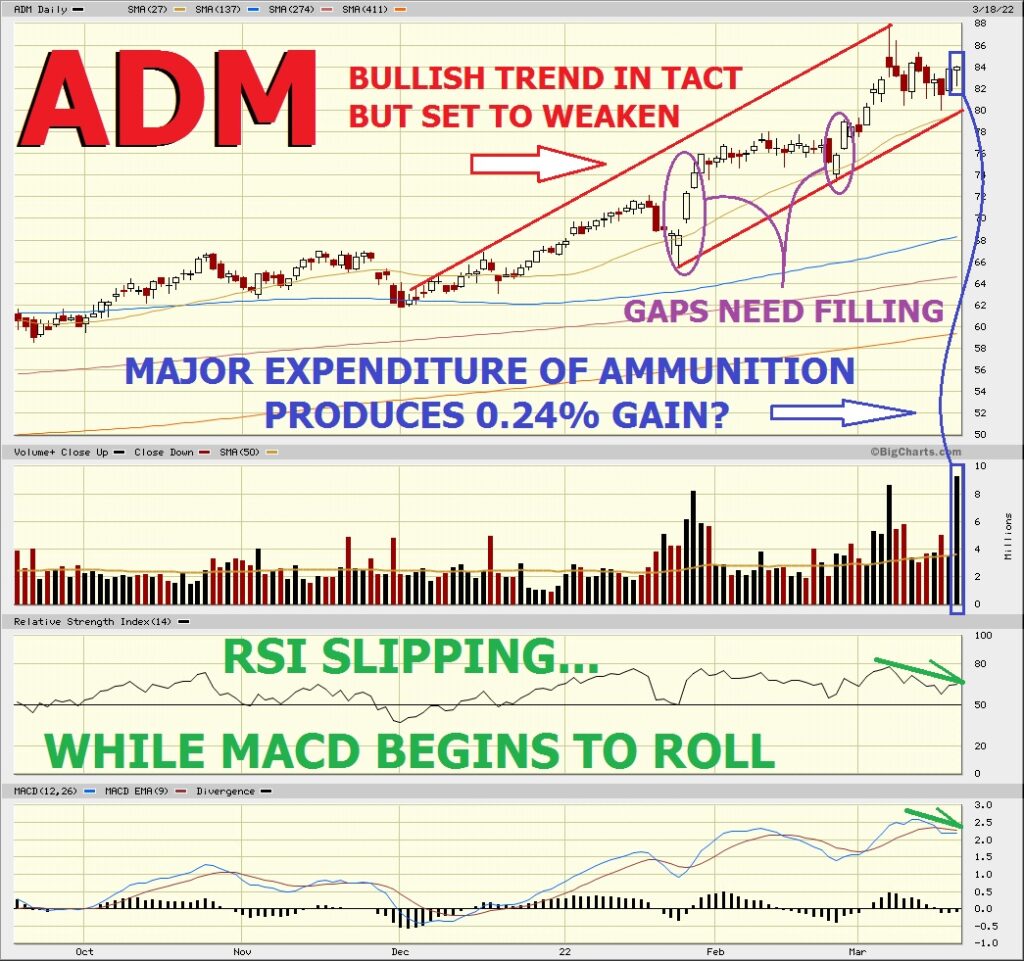 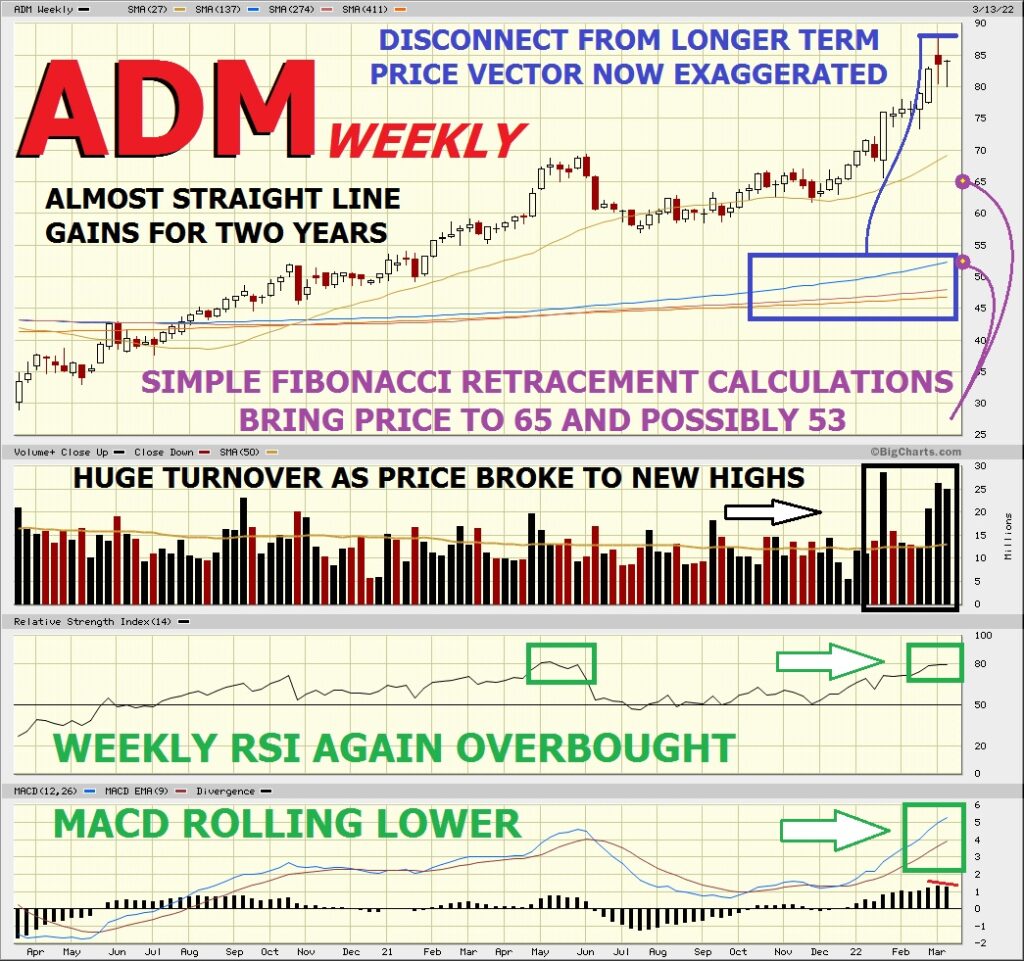 Here, the evidence is more damning –

We don’t need such a massive decline to prosper from the trade, though.  The structure of the bet allows for a huge takeaway on just a minor pullback.

Rationale: spending ten cents to pull in $2.40 is a fine prospect, we say; it constitutes a gain of exactly 2400%.

Max loss is $2.60 (difference between the CALL strikes plus the initial debit).

All told, it’s a steaming breadbasket filled with yummies.

And as always, feel free to take on multiples of the trade – musculature permitting.

Love the Lord, G-d of Israel, and keep Him before you always!