Look In The Mirror, Bro! (BSX)

This week’s trade owes a great deal to a bevy of tripwires that were snapped last week, when equities got batch-slipped by a cheeky bond market. 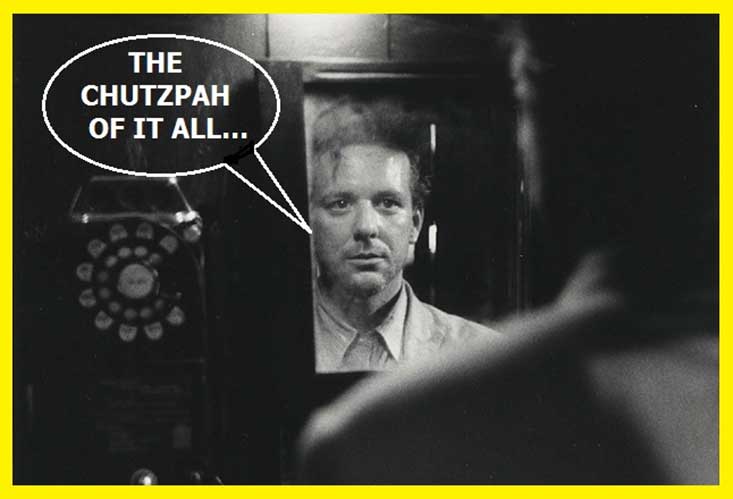 Now, we don’t intend to discuss all the inversions and contortions of the yield curve and what it might signify for the future of the economy and stock market.  The truth is, there’s such a wide range of possibilities that flow from the historical data that no one can say with any certainty whether a recession is inevitable or when one might occur.

We’ll leave that speculation to others and focus on the business at hand, which is…

Making a fat buck off the latest action.

And to do that, we venture to –

No need to be so insulting, we know.  Only that we have a little experience with the town and its institutions and, well, respect has to be earned, friends, not just doled out willy-nilly.

Speaking of respect, the company we’re targeting today is about to become the Rodney Dangerfield of the New York Stock Exchange. 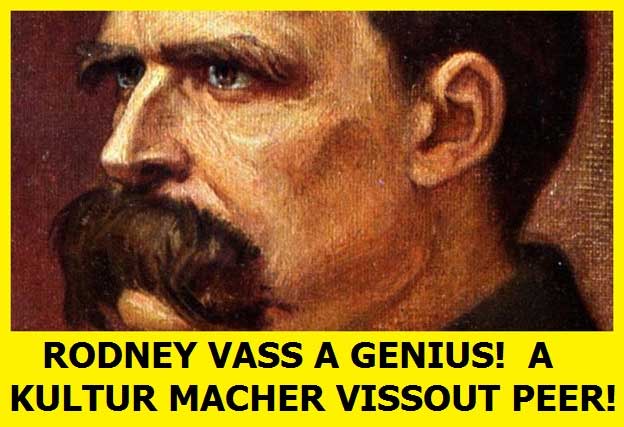 It’s Boston Scientific (NYSE:BSX), widely revered for its broad product base and acquisitive savvy, but not so much for its current P/E or its latest charts – to which we’re about to turn.

But it’s the current technical condition of the stock that has us looking for more declines over the near term. 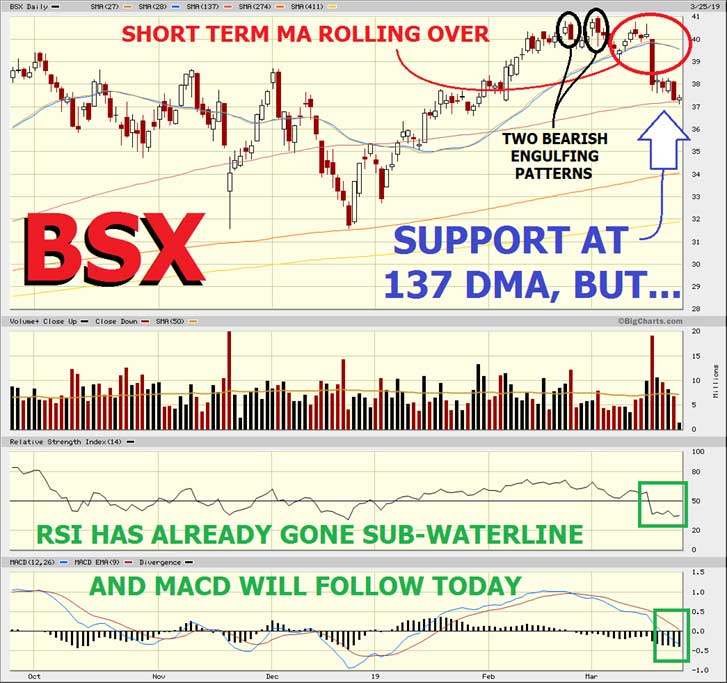 This is the daily chart for the last six months.  Please excuse the busy-ness of the annotation – there’s simply a lot to discuss.  To wit –

But before we offer the trade, consider, too, the weekly chart – 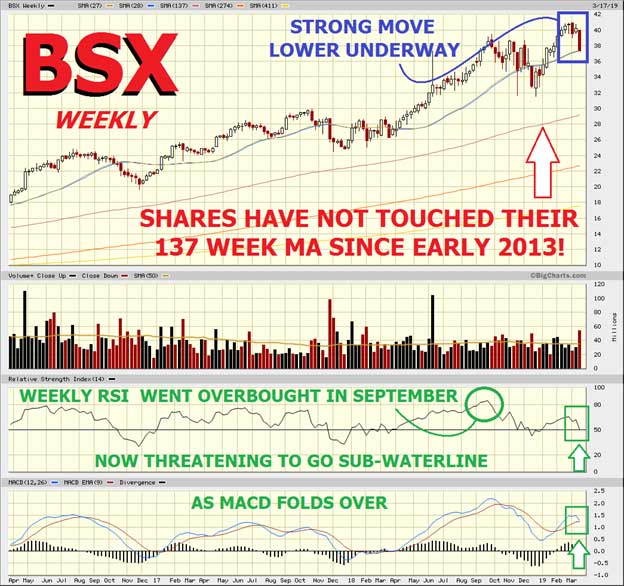 Most significant here is weekly RSI (in green) that’s now ready to go sub-waterline as MACD rolls over.  This adds to the bearish case and shows downward momentum is gathering.

If BSX breaks to $37, it’s very likely we’ll get a decline to the 137 week moving average at $30, a line that Boston Scientific has not touched since breaking above it six years ago (in red). 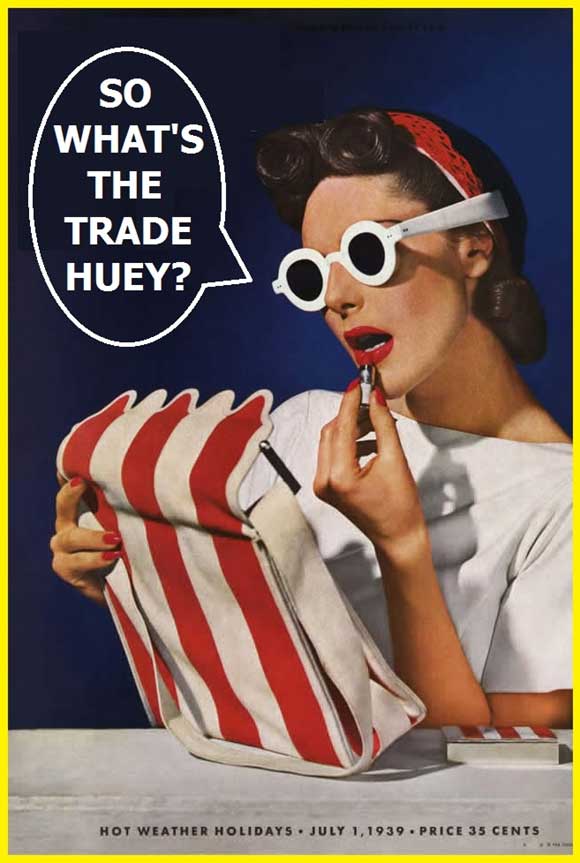 With a Price to Book of nearly 6 and a P/E of 36 (!), we say a tumble that resets BSX’s price at a more reasonable level is at hand.

So we’re selling a CALL spread on the shares and using the proceeds to buy a PUT.