Don’t wanna get too personal here, but we’ve got a few questions. 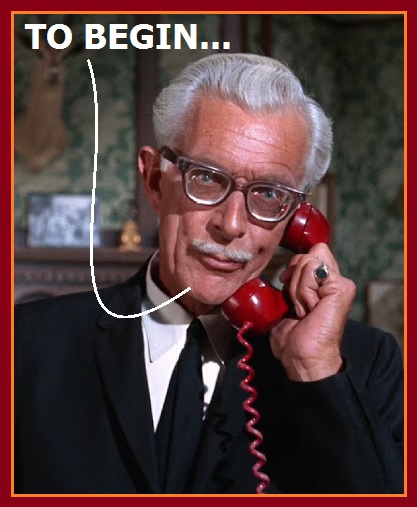 What would you say about a 55 year old industrial company whose earnings were down 363% this year?

Whose insiders had sold off over a third of their holdings in the last six months?

Who offered a half percent annual dividend and carried a debt to equity ratio just a hair under two (2).

And what if we told you the shares had gained 216% since the Batflu bottom in March?

Would you still be on side? 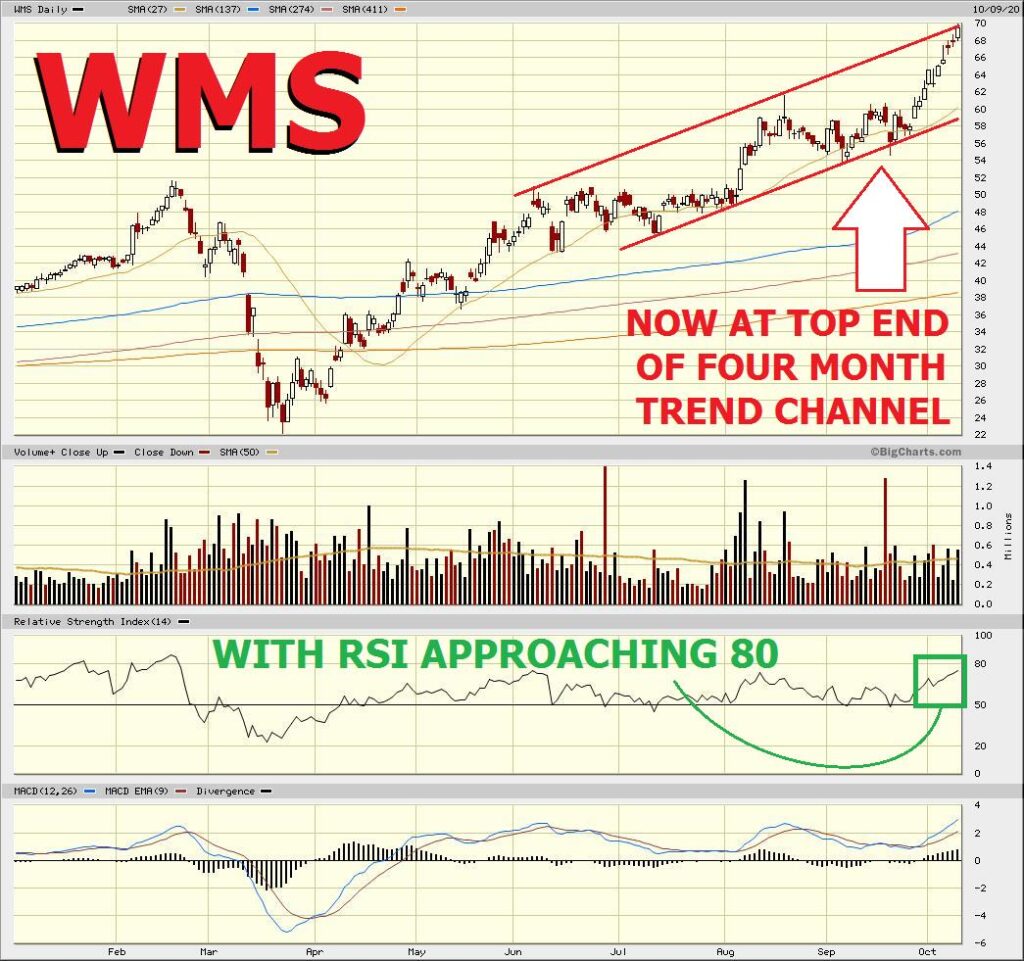 Wouldja still be a taker?

The stock we’re eyeballing is Advanced Drainage Systems Inc. (NYSE:WMS), a company that makes pipes and other equipment for the hygienic transport of human ordure.

And as the chart above shows, she’s had quite a run.

We believe the move is nigh complete.

And the weekly chart would back up that contention. 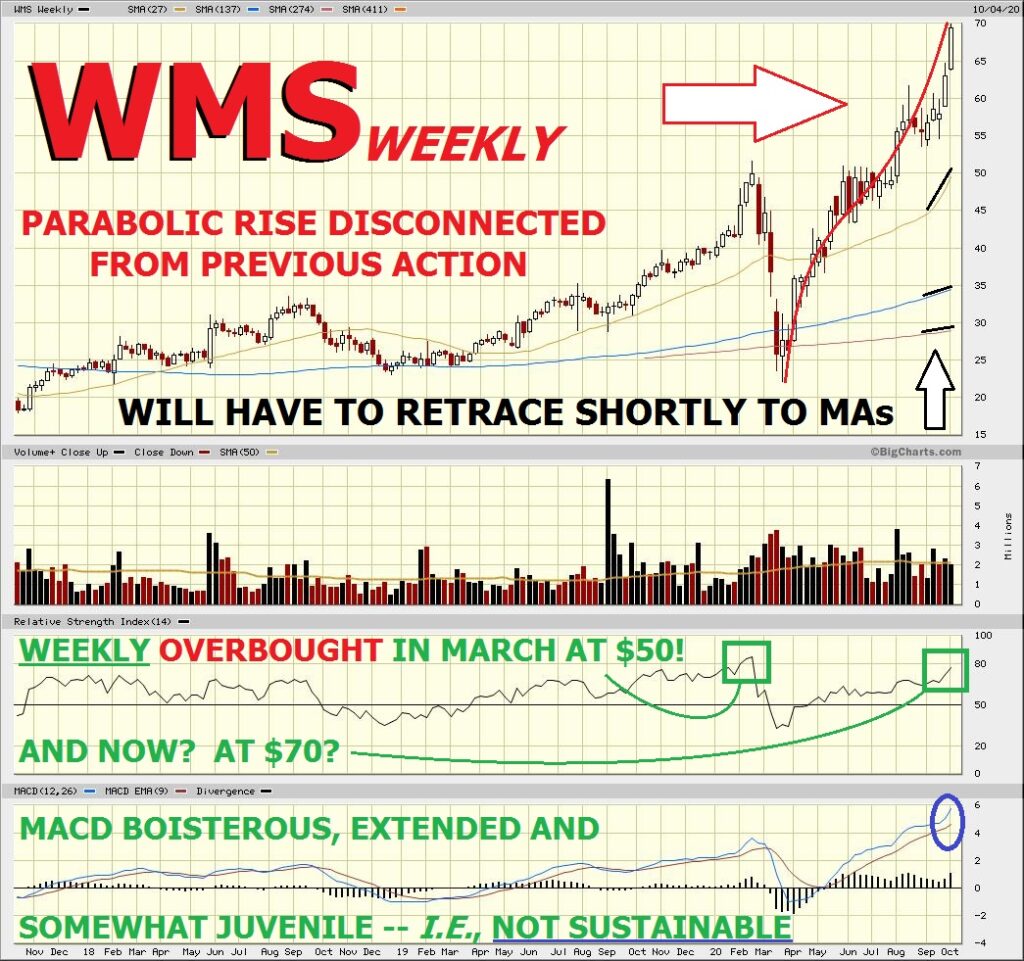 Technically, the stock is on squishy footing. 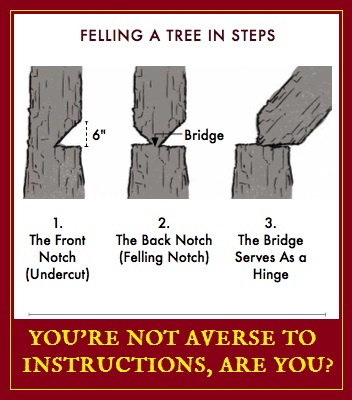 We’re selling a CALL spread on WMS to buy a PUT.

Rationale: the rise on WMS is near complete – all the technicals point to a coming cease and desist order at these levels.

We therefore want to own a PUT on the stock.

But we don’t want to pay for it.

By selling the CALL spread, we defray the better part of the PUT’s price.

One response to “Of Plumbers, Pipe-Fitters and Parabolic Profits (NYSE:WMS)”