Note to Subscribers – due to the holy convocation of Shavuot, next week’s A Jew and His Money will not be published (May 17th).

A Jew and His Gold will arrive as usual on Thursday the 20th, and publication of A Jew and His Money will resume the following week, on 24 May.

Should there be any trade closures necessary in the days prior to or following Shavuot, we will send a Trade Bulletin with all due swiftness.  But we will not be available for communications between sundown on Sunday the 16th and sundown Monday the 17th.

On that day, you’re on your own.

Chag Sameach to all!

And now we move on to this week’s trade.

We’re taking on the aeronautics sector today with a flak-based takedown of Textron Inc. (NYSE:TXT), makers of flying vehicles and the parts that keep them operable.

Unfortunately, the company doesn’t offer much in the way of fundamental incentives.

Is it because they expect others to take profits, too? 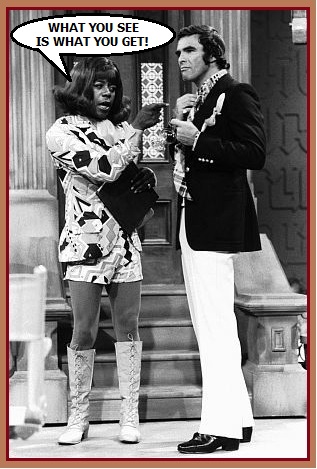 Textron has ongoing troubles with its Cessna airplane unit, while its Bell Helicopter unit needs desperately to win at least one of two government contracts for which it’s now bidding.

Its automobile plastics division, Kautex, is also struggling through a rough cycle in the global auto market.

It’s our belief that TXT shares have already priced in everything good that’s happened over the last year, as well as anything that might happen in the next.

Earnings were reported some ten days ago, and since then the stock went overbought on average volume (see chart, below).

That is, from here on out, we say the bulls are engaged in speculation exclusively. 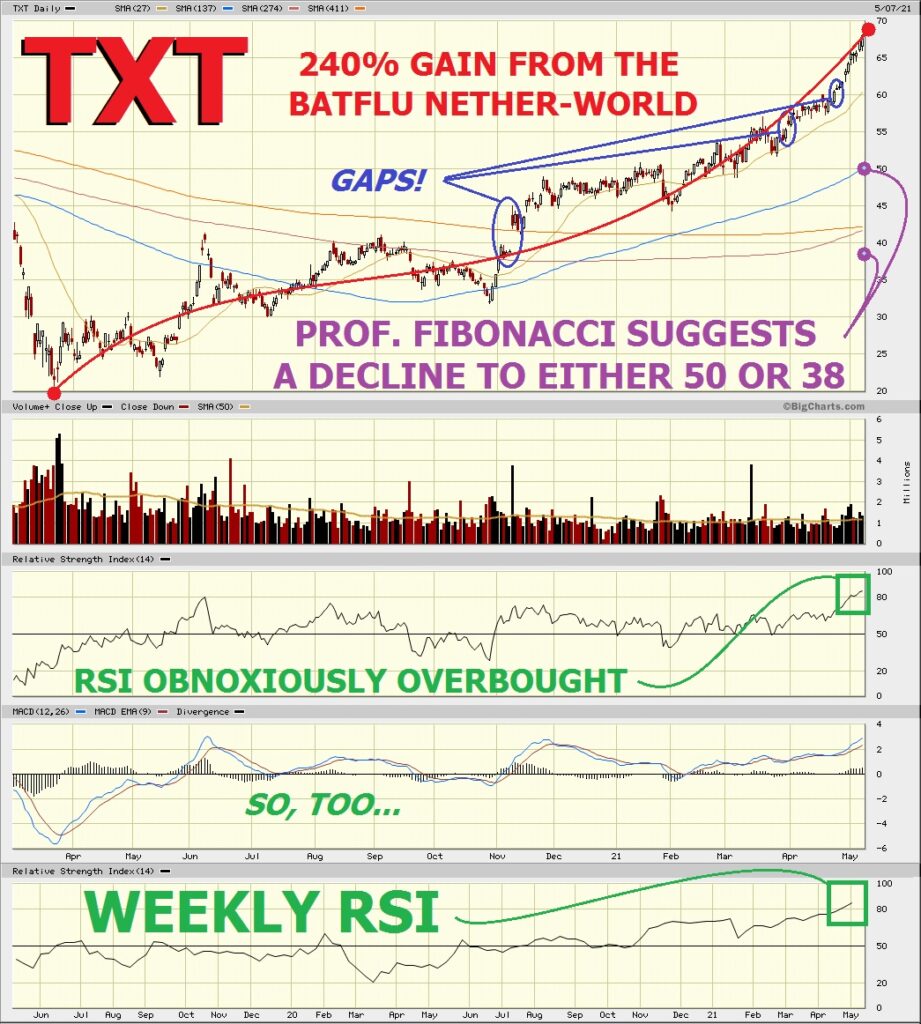 Rationale: The trade essentially offers us a free opportunity to leverage a downside move on TXT, and still maintain a known and limited worst case scenario.

We’ll very likely close the trade before expiration, as the PUTs come into-the-money and the CALL spread approaches worthless.

The only danger here is the time we’ve afforded the trade.  At roughly ten weeks, it’s a relatively short time horizon, but we’re comfortable with it, all the same.

A dip on the major indices will likely produce a strong pullback on TXT.

And that’s all we need.

May the G-d of Israel guide you.