Don’t look now, but the world is sliding with ever greater alacrity toward its millennial climax.

And that means the evil ones are headed toward a reckoning.

For the rest of us that means unrest, discomfort and even some pain – may it pass b’rachamim.

Our job, of course, good Jews and Noahides, is to prepare ourselves for the new reality that awaits.  To build our hothouses, continue raising our flocks, and in all ways buttress our resilience and self-reliance to better weather the storm that approaches.

That also means building a network of like-minded souls to commune and barter with as the great day of Hashem approaches.

May we all share the burdens and support each other b’ofen ruchani and gashmi until the third temple is standing and the world has entered a new sabbatical reality.

And now back to our drug-ridden dream-world.

Our play today is against Bristol Myers Squish (NYSE:BMY), New York City’s criminal drug cartel, whose stock is due for a payback pill for all its malfeasance over (at least) the last 20 years.

But that’s a separate story.

Today’s trade is built on a minor decline producing a psychedelic 1573% profit.

We start with the company’s fundamentals – 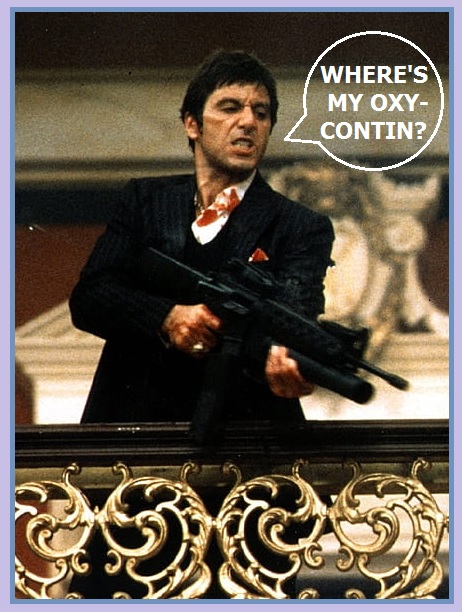 BMY is making lots of money from its current oncology offerings, in particular, but competition in the field is stiff, and the market is already pricing in the coming year’s gains, in our view.

There’s little upside rom here, as the chart below shows – 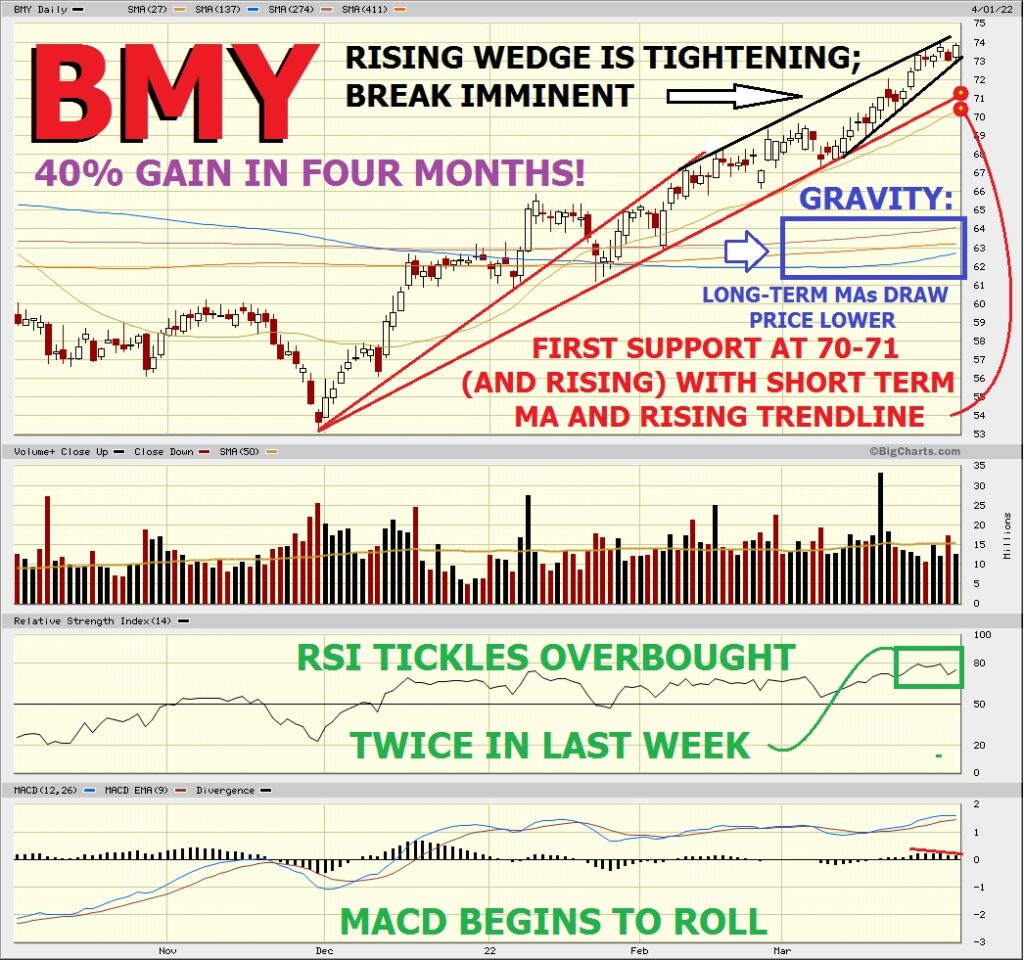 We neither expect nor require a decline to that level to make money from the trade, however.

As it’s crafted, a pullback of less that 2% will trigger a full Brink’s delivery.

Rationale: there’s a great advantage to trading without initial expense.  Not only does it tie up less capital, it also allows us to take on “multiples” of a trade, and we’d encourage anyone who likes the current offering to do so – within the limits of his line, of course.

Here, we have a chance to earn $2.51 on a zero outlay.  Adjusted for minimal commissions gives us a maximum potential of 1573%.

Max loss is $2.49 (difference between the CALL strikes less the initial credit).

Breakeven arrives at $73.74, just eight cents below the current price.

And the full payload is delivered on a decline of just 1.7%.  Nuts!

and perform acts of gemilut chasadim.

They will be the ones to arrive on the other side.

So there you have it, good Jews and Noahides.

Now get it done.