If it wasn’t enough that the man put a bounty on traffickers of barbiturates and coca derivatives, the sudden escalation of rhetoric from Rodrigo ‘Napoleon’ Duterte, President of The Phillipines, to “hunt down” and “chop heads” off big pharma CEO’s, caught both Wall Street (and Interpol) by surprise.

“I say enough with this pansy-arse head honcho drug dealing criminality.  Guillotines for them all!  Dull guillotines… that need four or five swipes to do the job… damn pansy-arse leftist pedophiles…” 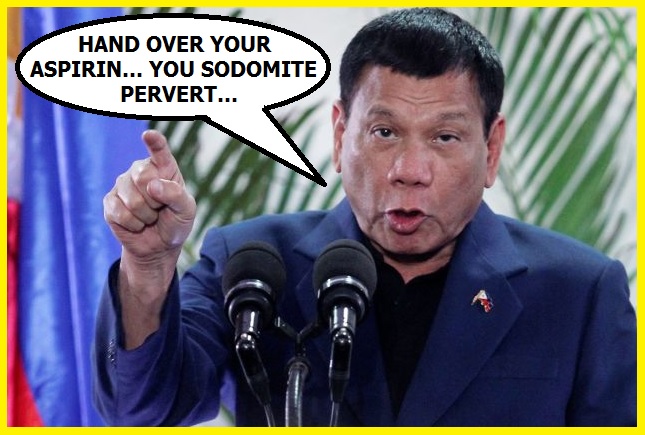 Sure glad we gave up our seat on the Pfizer board…

The entire biotech and big pharma complex has been suffering since last October’s selloff, and has lagged the broad market disproportionately on the way back up.

Stragglers all, the sector now faces an important inflection point that could see difficult days ahead if resistance is not bested.

A look at the chart of the NASDAQ iShares Biotech ETF (NYSE:IBB) will help fill out the picture. 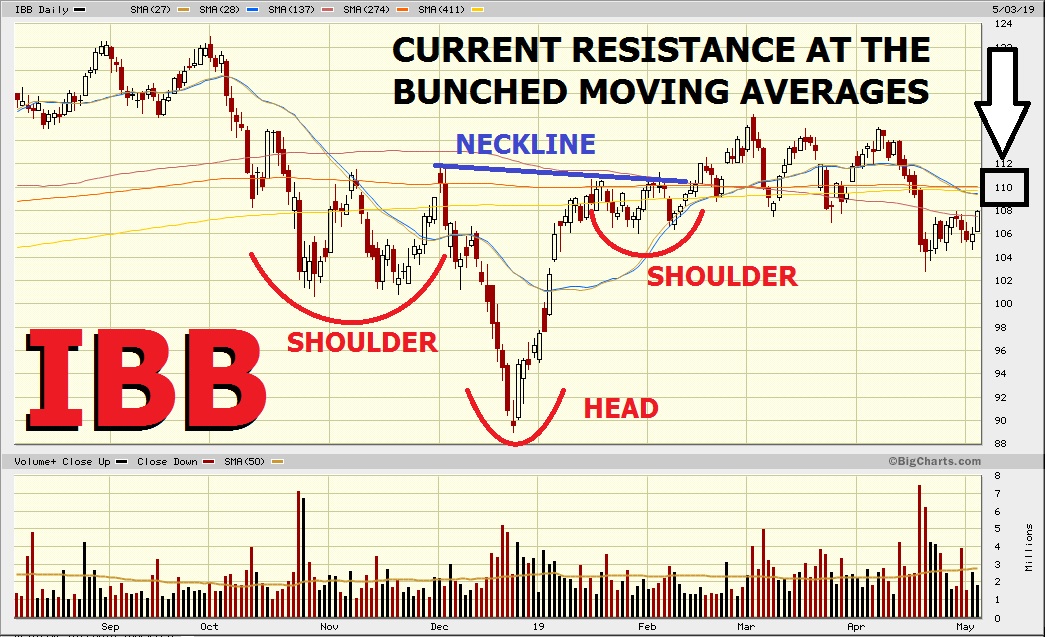 As you can see, the deep selloff into December subsequently turned into a reverse head and shoulders pattern (in red).  The neckline (in blue) was broken back in February – which should have been a bullish omen – but the stock struggled, and has since fallen back below overhead resistance at 110 (in black).

The question now is: will IBB complete the pattern by slicing northward, above resistance at 110 – or will it get turned back and morph into something less propitious?

With the broad market already stretched, the latter scenario is looking more likely over the short term.  That said, we don’t want to reject the possibility of a quick rotation from the higher flying tech names into the more subdued drug sector.

In short, it could go either way.

But whichever way it does ultimately move – it’ll be a doozy.

We’re not comfortable just flipping a coin or playing a straddle or strangle. The costs are too prohibitive, and we’re not sure that’s where the biggest bang/buck would lie – even in the event of a correct guess.

What we’ve done instead is isolated one of the worst pharmaceutical performers of the last half year with the intention of playing it against the group.

Have a look now at a chart of AbbVie Inc., (NYSE:ABBV), the genetically modified love-child of Abbott Labs’ spinoff of its pharmaceutical business back in 2013.

The deal was undertaken to allow ABT, the parent company, to focus on its tech-centered growth potential, while offering ABBV as a more phlegmatic, dividend paying alternative for the orphan/widow crowd.

And that’s exactly the way it played out – until late 2017, when the stock blew higher by 100% amidst the passage of the Trump tax reform goose that sent the entire market to record highs.

Since then the stock has struggled.

This is ABBV since its all-time high early last year. 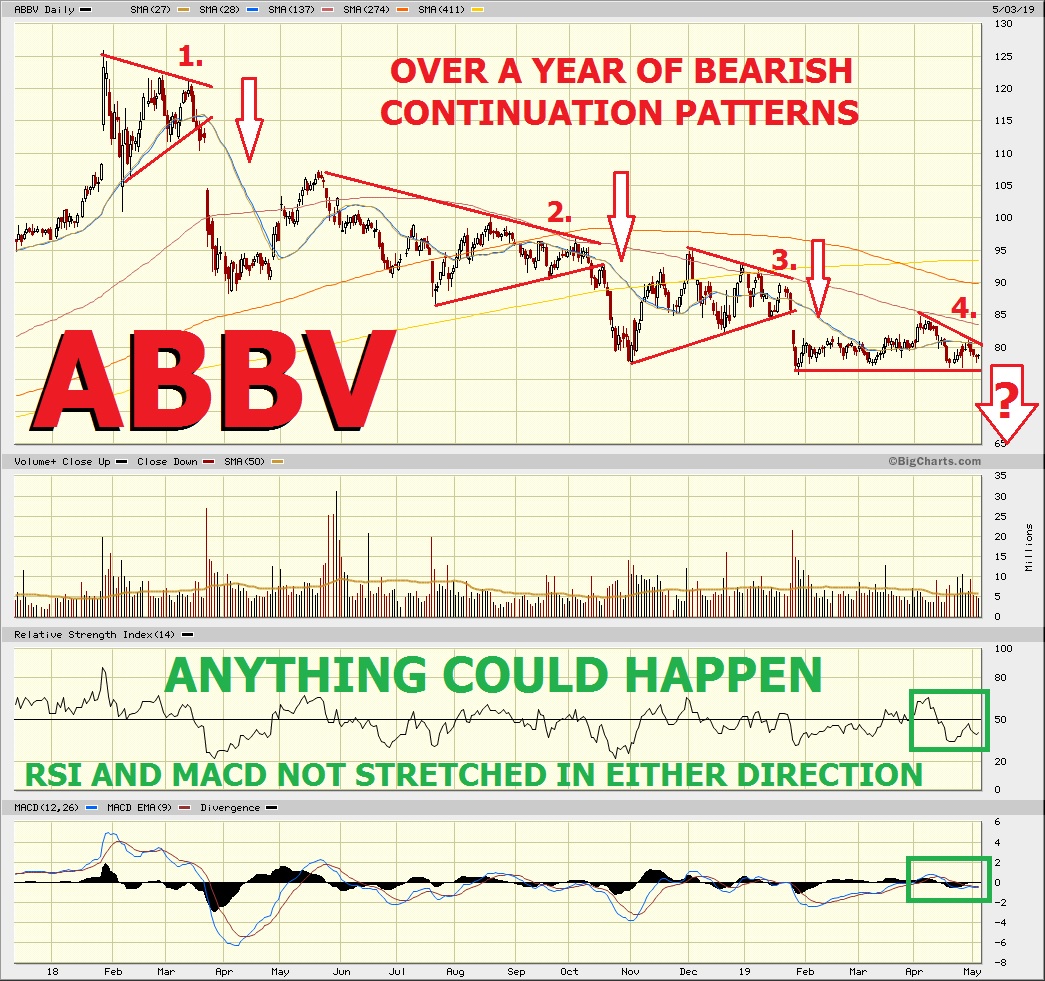 The decline over the period has come in stages, numbered above to illustrate the patterns in play.

We saw three pennants and, currently, a descending triangle (#4), another continuation pattern that speaks of an imminent decline for the stock.

We note, too, the complete unfurling of the stock’s moving averages, a development that indicates the shares are in bear mode for the intermediate term.

The Goal of the Trade

Our aim is to hedge ABBV’s decline against the possibility of a sharp turn higher for the broad biotech sector should Wall Street try to pull a drug-induced rotation into the healthcare/pharmaceutical realm.