Today we examine the bizarrely named Sealed Air Corporation (NYSE:SEE), makers of air-tight packaging for the food industry as well as bubble-wrap (and similar) to protect everything else you send that’s a tad fragile. 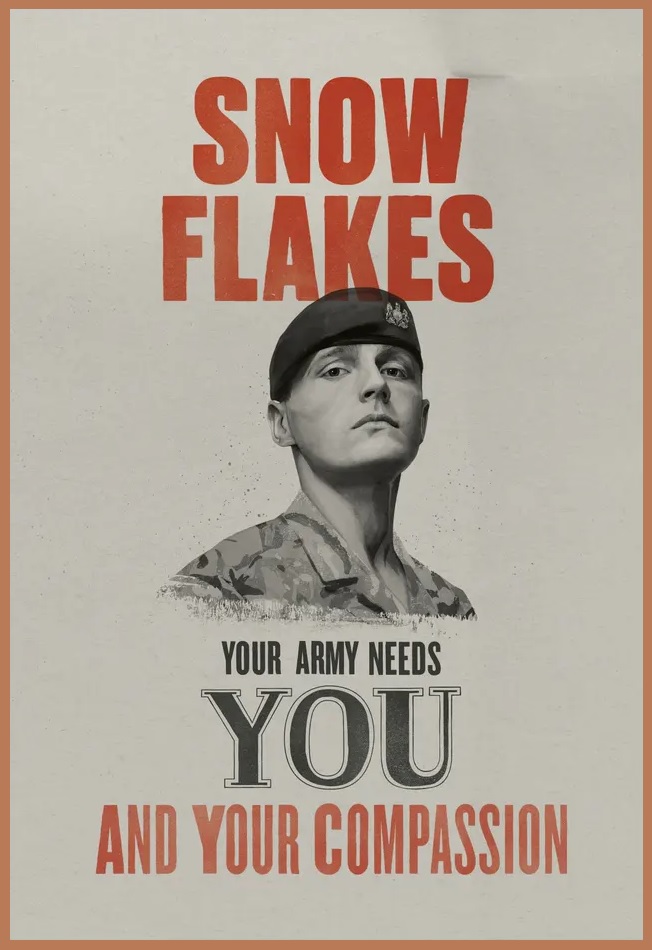 The numbers for SEE are a mixed lot, for on the one hand – 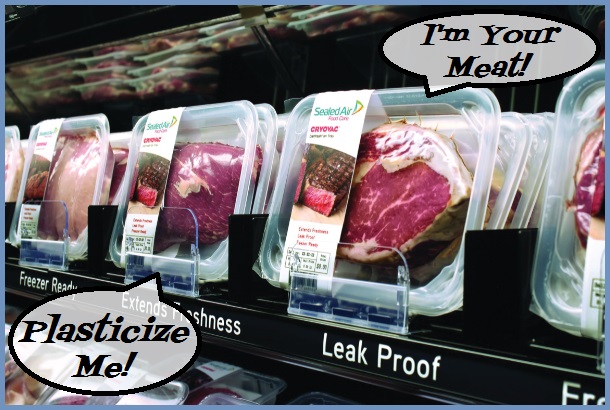 Forget about plastic leaching out of packaging and into your food – and causing a host of metabolic disorders that lead to, among other things, obesity and fertility issues.

Forget about cardiovascular disease and possible connections to certain cancers.

And pay no attention to the air pollution that comes from burning the stuff or the wildlife that’s threatened by it.

Just look at the chart – 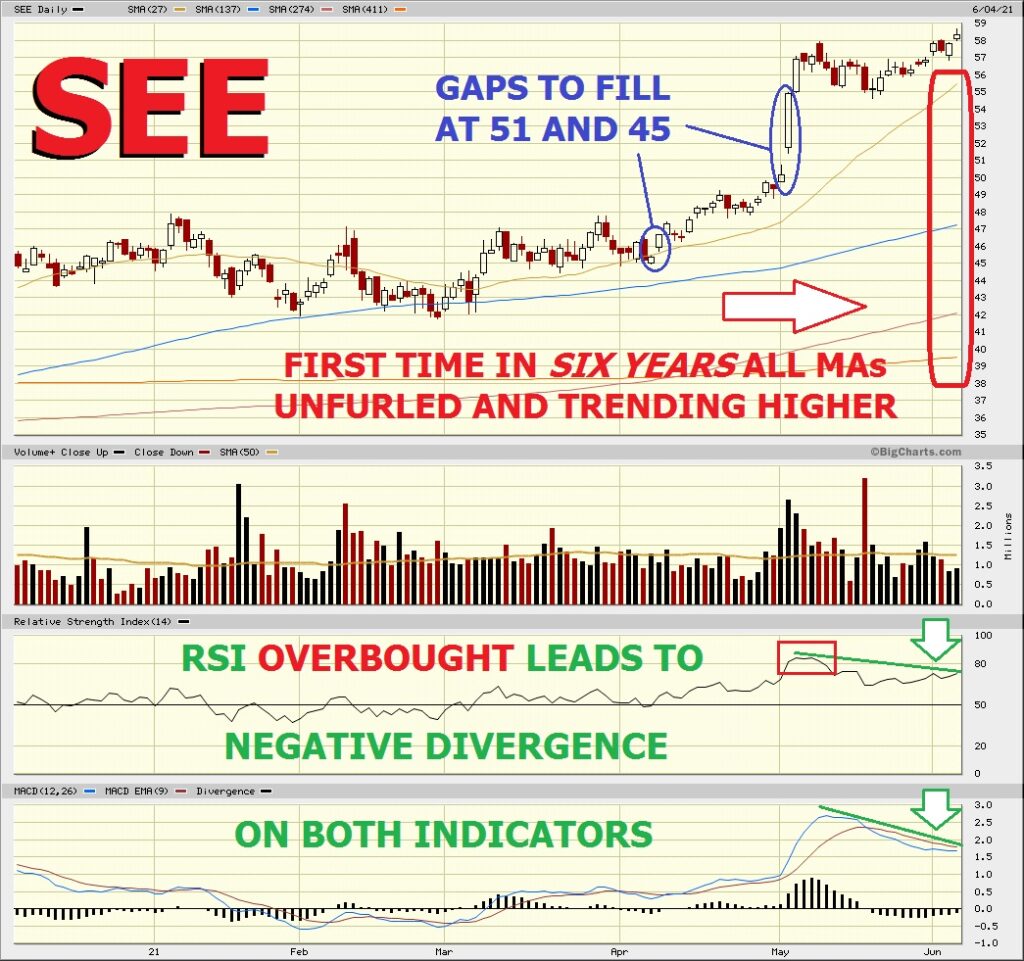 Technically, we’re at a turning point.

And that’s why we’re voting thus –

Rationale: We believe the coming decline in SEE shares is best played by selling CALL premium to buy a PUT.

The market has NOT been offering CALL spread premium for a couple of months now, and we feel it’s best to take advantage of it whenever possible.

To that end, the 55/60 spread is fairly rich, offering us a breakeven on the trade at SEE $58.95.  That represents a 4% decline from the current price of $58.35 and also aligns with the short term moving average (see daily chart).

As stated above, below that, there’s no strong support until roughly 48.

We’ll close the trade as price approaches that range, depending, of course, on how fast the move transpires and the overall structure of the market at that time.

Maximum gain on the trade is UNLIMITED.

Maximum loss is limited to $8.10 (difference between CALL strikes plus initial debit).

May you find favor in the eyes of the Holy One.