Yes, we’ve been compared to Mad Magazine, and yes we take it as a compliment.

In the financial world, humor is too often equated with jacka$$ery, but we’re here to prove the opposite – that jacka$$ery is, in fact, coincident with success and prescience – so long as the humor is pointed in the right direction.

We’re never too big to poke fun at ourselves or admit our failings – or those of others.  Jacka$$ery just happens to be our preferred method of doing so.

There’s nothing in the broker’s rule book that says financial journalism has to be dry.  In fact, we abhor the straight-laced seriousness of the professional advisory universe – it’s far too often a cover for ineptitude and herd-think. 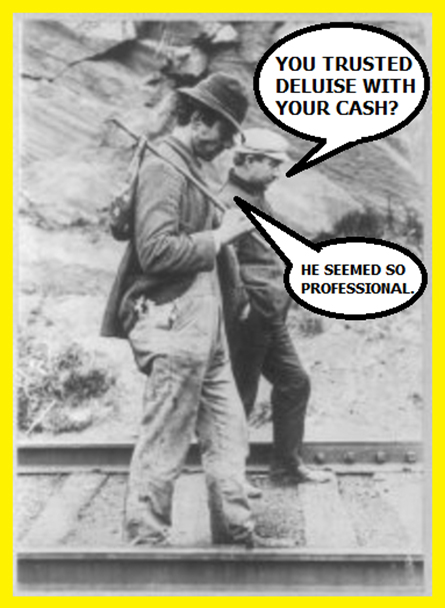 ‘Professional’ means flawed like the rest of us, but presented in a chicly tied bow and wrapper.

So let’s get on with it.

Today’s trade is predicated on a divergence that many have grown uncomfortable with over the last few months.

And rightly so.  As economic news both here and overseas has grown less sanguine, bond yields have crashed, a development that’s usually stock negative.

But negativity is not what the equity market has been experiencing of late.  On the contrary, stocks are still edging toward all-time high markers set back in October, while sentiment is middling.

Normally, we’d expect to see a wild, Dionysian rapture on Main Street if a true top were in, but clearly the numbers don’t bear that out.  The latest AAII Bullish numbers (above) offer no indication of a heated retail cohort.  And that means we have proof positive of anything but a stock market top-out.

So what to do with the aforementioned divergence between stocks and bonds (graphically presented here)? – 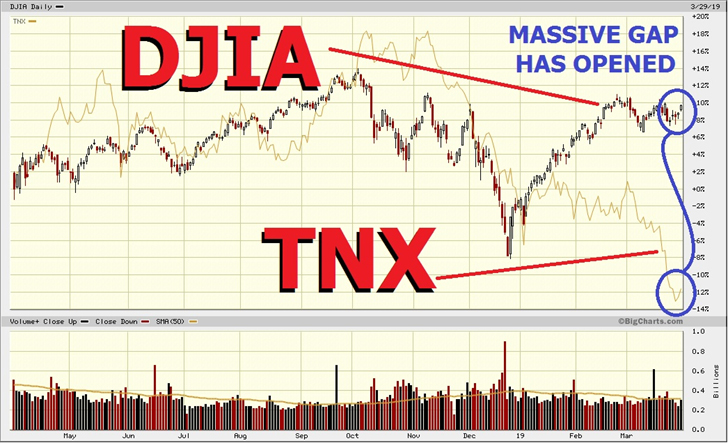 This is the Dow mapped against the ten year Treasury yield for the last year.  And as you can see, under normal circumstances yield moves more or less in line with equities.

But something happened when the bells of New Year’s tolled that caused old acquaintance be forgot.  There was a decoupling of the two, and for the last three months there’s been no looking back.  The ten year note has been screaming ‘slowdown’ or ‘recession’ or ‘deflation’ (depending on your degree of hysteria), while stocks have been whispering ‘chill’. 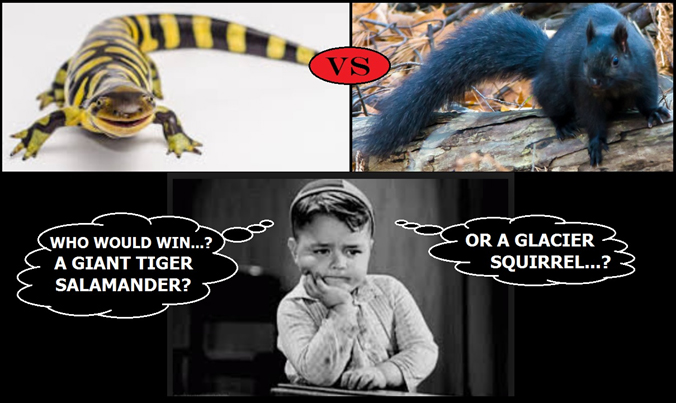 There are many who will tell you that one of the two has to be correct, and that picking the right side of this tug’o’war is crucial for a positive return on the trade.

But we don’t see it that way.

Our trade today is based on the historical tendency of stocks and yields to trade in tandem, and using properly selected options that’s exactly how we plan to play it. 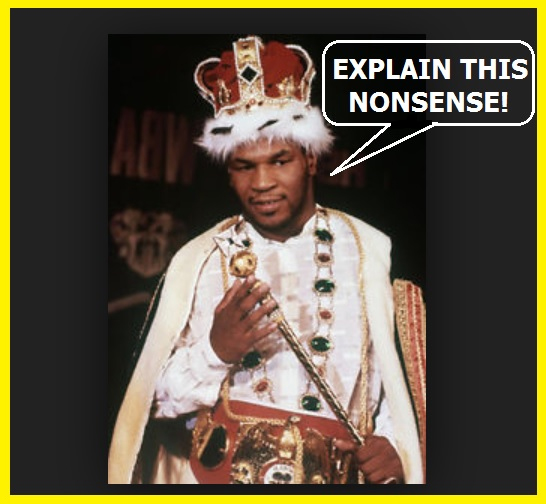 In essence, we’re betting on the gap closing and nothing more.  Either rates rise and stocks fall, or rates rise faster than stocks, or stocks fall faster than rates.  It doesn’t matter; our trade amply accounts for all three contingencies.

In order to play it, we’re using the SPDR Dow Jones Industrial ETF (NYSE:DIA) and the Direxion Daily 20+ Year Treasury Bear 3X Shares ETF (NYSE:TMV).  The reason we’ve chose the latter is it’s the ETF most congruent with the action on the ten Year Treasury TNX). 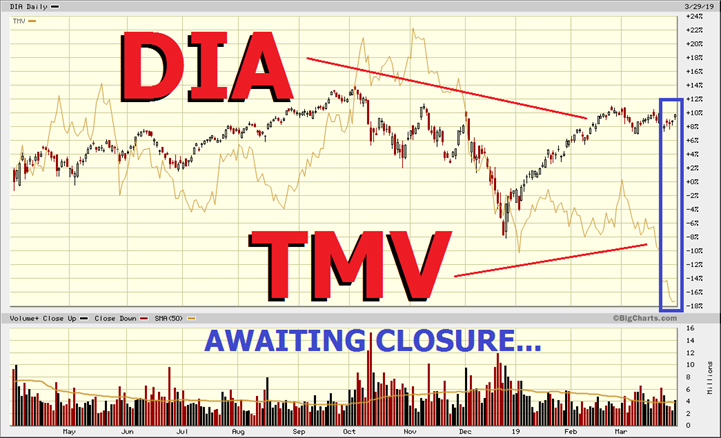 So long as TMV outperforms DIA, we win.

Note well the different expirations and that the TMV CALL is trading at-the-money, while the DIA CALL is a whopping 9% OTM.

Next Post »
Sure, You Can Trade Bitcoin (Just Don’t Stick it in Your Pocket)