We promised ourselves we wouldn’t touch online businesses during these certifiably loony Wuhan-era trading sessions.

Too risky, we argued, with all those additional lock-down revenues, all those rookie day traders buying stock without aforethought, all them buybacks in play again, and what! – the Fed cheerfully back-stopping the whole raving mess. 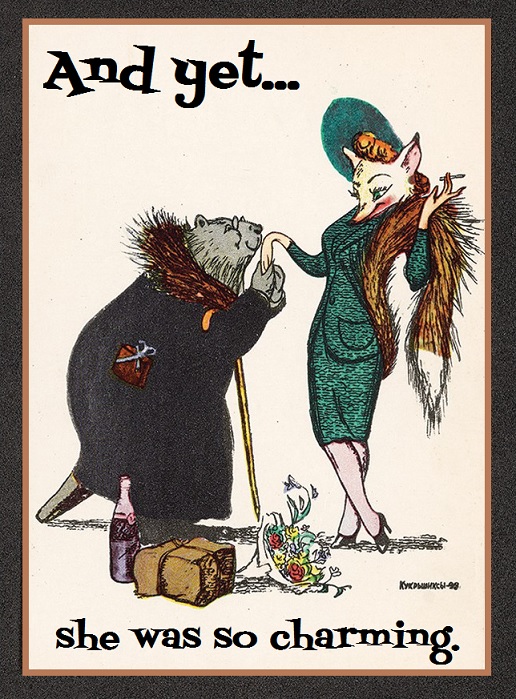 We all have our breaking points, friends…

Even we of otherwise stout will and carriage must eventually bend a knee and admit to having – here and there – our zero hour.

And so it is, with greater trepidation than usual, we open today with a discussion of old-time e-commerce favorite EBAY (NASDAQ:EBAY), whose shares we now believe have begun a southward sojourn.

The EBAY platform does not sell the type of insurance programs that we at A Jew and His Money require to set a proper options bet.

So we sat down as a team, opened a bottle of Michter’s Single Barrel, and knowing well the dangers of expecting a “tech” titan of this rank to succumb to gravity, began might and main to drink.

Isn’t ‘the cloud’ an apt term, we mused, as the tipple took its toll – and not only for the technology invented, but also for the very puffy, ethereal nature of the stock prices associated with it. 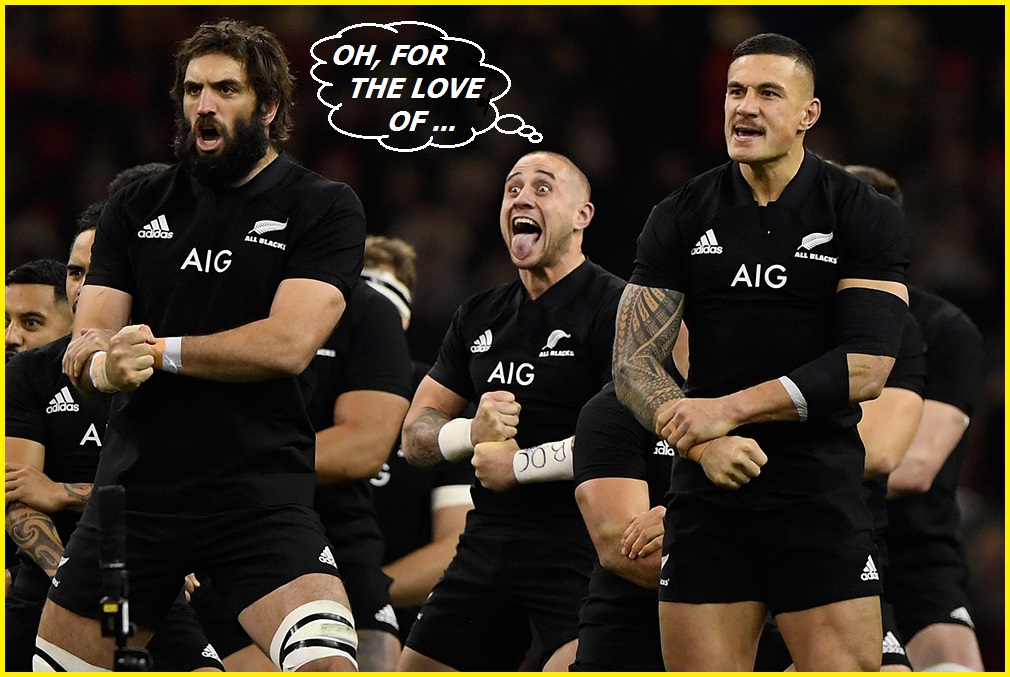 Just get on with it!

Nothing so scrumptious there.

So we turn to the charts, where we find a prodigious preponderance of negative evidentiary poop – 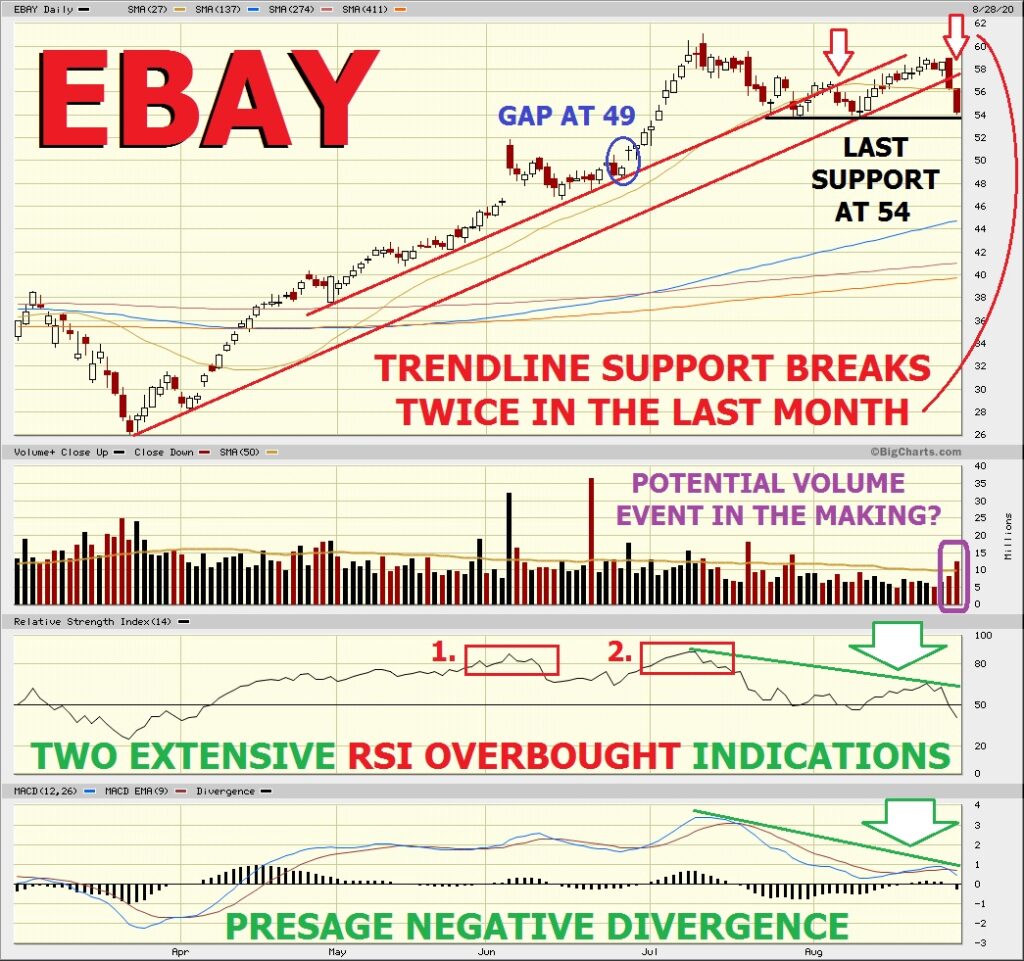 Lots to unpack here, so let’s have at ‘em…

All told, a less than savory dining experience. 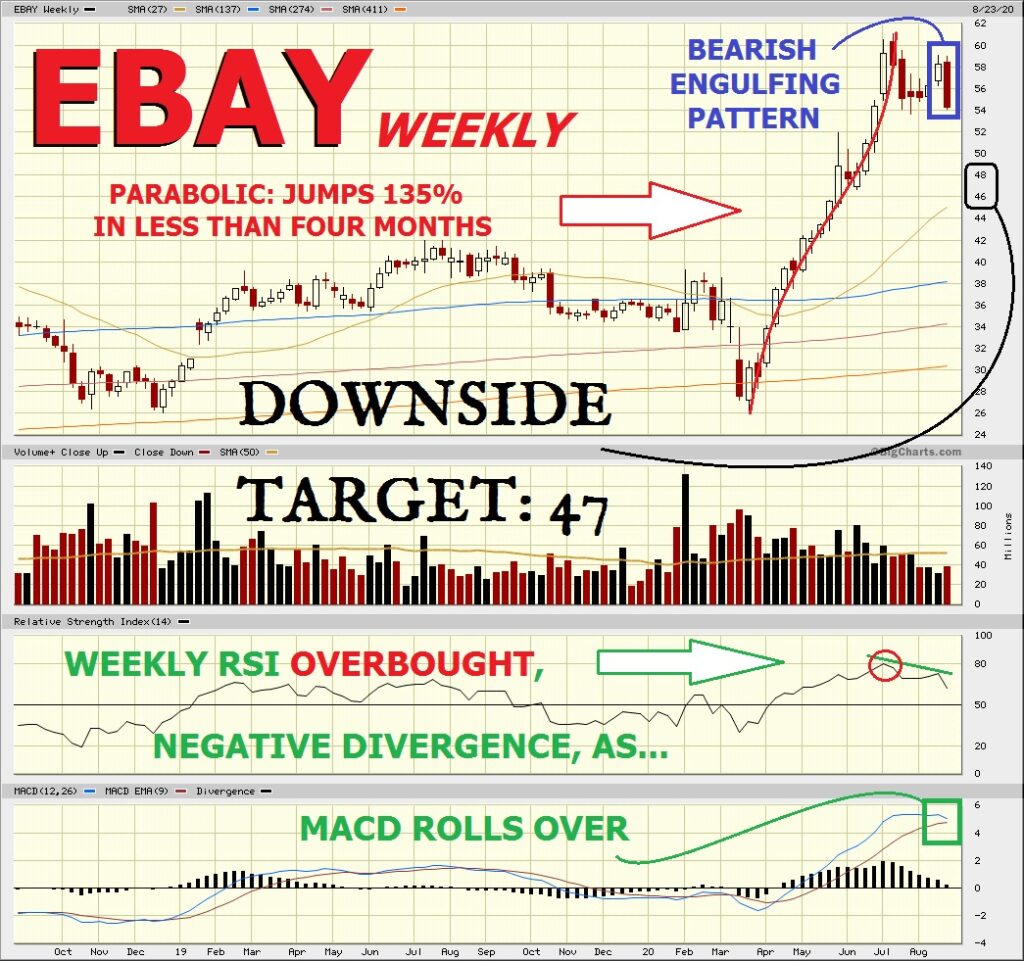 Here we have additional proof of buying crimes –

And that’s precisely what we’re planning.

Rationale: expecting EBAY to decline appreciably in the near term, we’re paying for two ATM PUTs with a short CALL spread (sell the 50 and buy the 55).

It’s rare that a trade structured in this fashion offers two ATM PUTs to be purchased at no cost.