Spastic Plastic: Speculating on the Fortunes of American Express (AXP)

Credit cards is what we’re discussing today, in an effort to help you pay down yours. 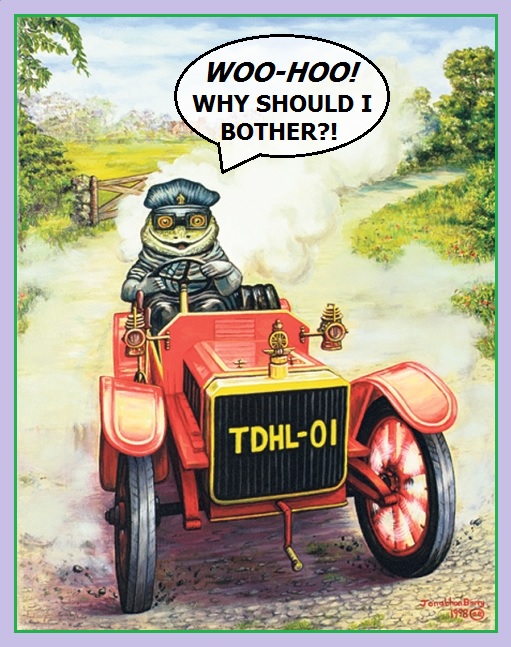 Have it your way, Mr. Toad.

The trade is speculative and has a wild profit potential of 1900%!

But before we get there, cast your beadies on the following two charts. 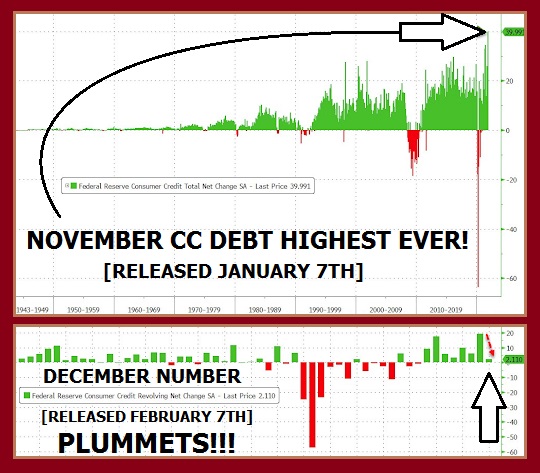 And the takeaway is as follows –

In November, U.S. consumers reached for the plastic faster and with greater frequency than at any time in history (top chart).

Then, with a deke that would have made Jean Beliveau blush, that same crowd reined in their spending in December – when they should have let the hogs run free!

Those numbers are damning enough in the economic sphere, but how they relate to our trade today will become crystal clear as we look at American Express’ (NYSE:AXP) chart, below. 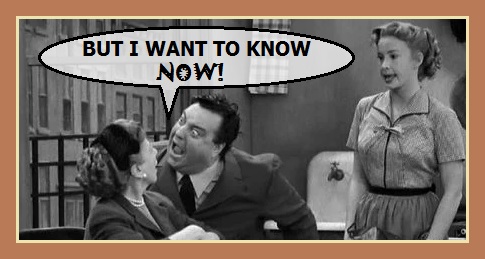 We’re going to look at AXP’s raw numbers now, because they also portend ill for the stock.

So why would YOU buy…?

Now look at the chart – the daily for the last year. 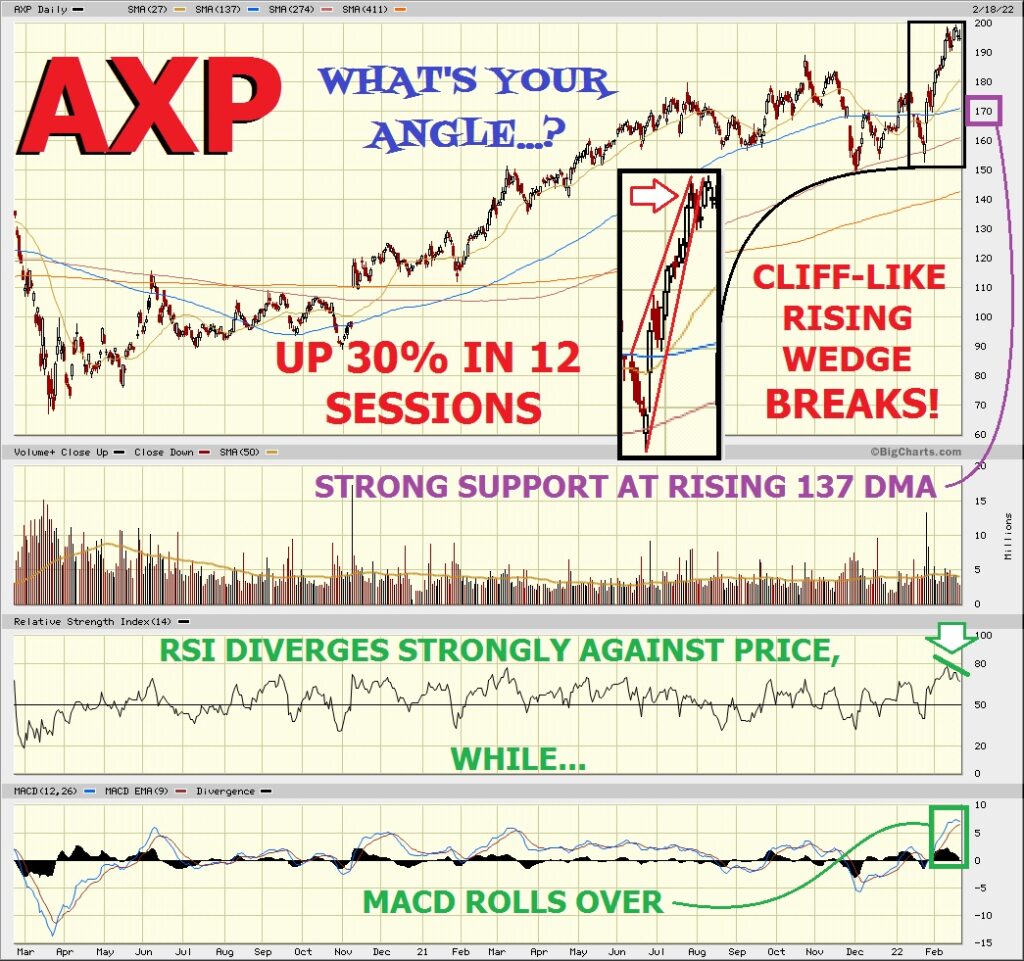 Max loss on the trade is just $5.50, (difference between the CALL strikes plus the initial debit).

Dangers: the trade expires in a month, so the need for some relatively quick downside action is paramount.

That’s why we’ve labeled this one SPECULATIVE.

However, if it gets there quickly, we’ll likely hold for more potential downside.

And may G-d avenge the blood of all those the innocents slain and tortured by Erev Rav reshaim.