The July options expiry saw our HRB trade bleed $2.00, and that hasn’t sat well with us.

That said, the good Lord works in strange and wondrous ways – and He’s brought us a set-up today using the self-same HRB that’s looks far more lucrative than our first go-round, and will handily cover for the loss – if we’re right.

It holds a potential take of 2567%, and we’ve made a point of structuring the trade to account for both initial costs and potential back-end gains – with the risk fully defined, as always – that we think you’ll be overjoyed to see.

We’ll get there in a moment.  But first, we have two other initiatives that require your attention – both for the good!

The first involves our ADM trade, which you’ll remember we already closed HERE. 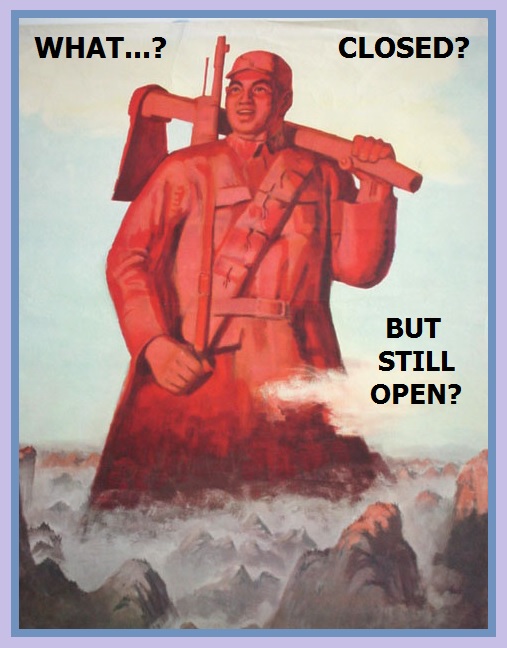 We left one short 90 CALL with a September 16th expiry open, because we figured the stock had sunk so low that it wasn’t in jeopardy.

But today, with the option trading for just $0.20, we’re invoking ‘prudence is the better part of valor’, and buying it back.

We’ve got another fine profit on the table from our TLT initiative, whose particulars you can find HERE.

And that’s a spanking new Edsel in your driveway, Roy.

And now to our tax collector friends at H&R Block (NYS:HRB). 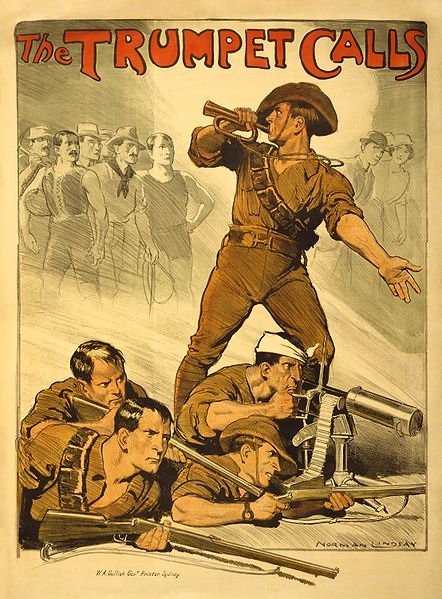 As mentioned above, at July expiry we were in the red for a full $2.00 on our short CALL spread, but today we’re re-engaging the enemy in the mid-day sun with far greater fire-power.

Let’s run through the HRB fundamentals once again, because it’s hard to imagine a stock can continue drifting higher with figures such as these –

Next earnings are set to be released August 9th, and frankly, we’re looking forward to them.

This sort of chicanery needs a strong response. 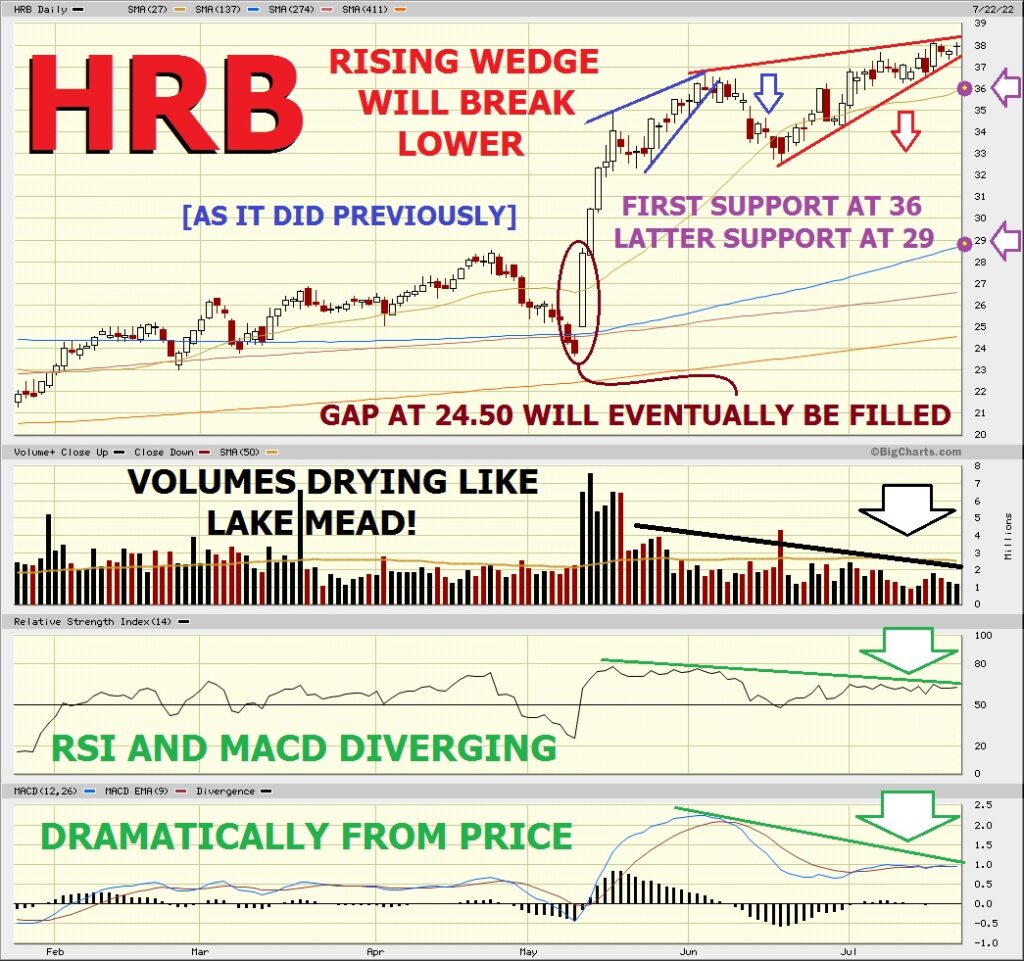 Our trade, however, will deliver its full payload well before then.

Rationale: you’ve got a potential $4.00 gain here for nothing laid out.  Adjusted for minimal commissions makes that a 2567% win.

Max loss is also $4.00 (difference between the CALL strikes).

We see a two-step drop on the shares – the first to support at 36, where we expect some play, and then a headlong dump toward the rising 137 DMA, where we hope to close.

As always, we’ll keep you apprised.

May the Holy One bless us with the insight and bearings to make it spin right.

Next Post »
QUICK AND DIRTY: Short-Term Momentum Trade in the High-Tech Realm (QQQ)