Thanks, I’ll Take The Stairs… (OTIS)

Since you were a kid you’ve been enduring the fear, the potential scarring, the trauma that accompanies every journey down an elevator shaft.

Will the doors close on me?

Once they close, will they ever open?

And what if they open BETWEEN floors?

And what if the cable breaks?

Will I have to jump at the last instant to save my life – to time it perfectly, or end up squashed like a bug?

And what if the lights go out?

And what if it’s overcrowded?

What if it gets so hot in there because there’s no electricity?

And with G-d’s help, we take our revenge.

Our target this week is OTIS Corp. (NYSE:OTIS), makers of elevators and their slightly less murderous cousins – escalators.

Fundamentally, the company is blighted with growth problems, yet the stock has still risen like the lift in the Shanghai Tower.

After a 35% climb over the last six months, it appears we now have a ‘sell the news’ event.

Take a look at the daily – 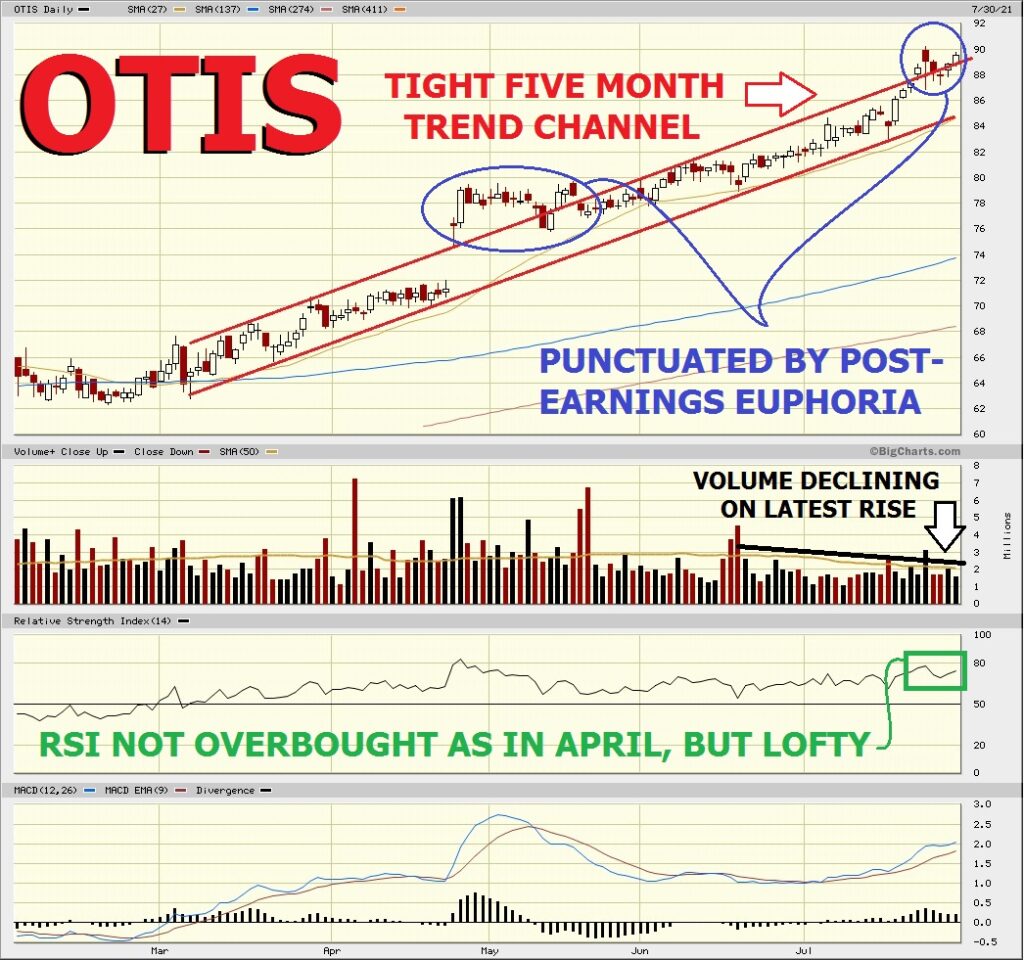 Technicals are as follows – 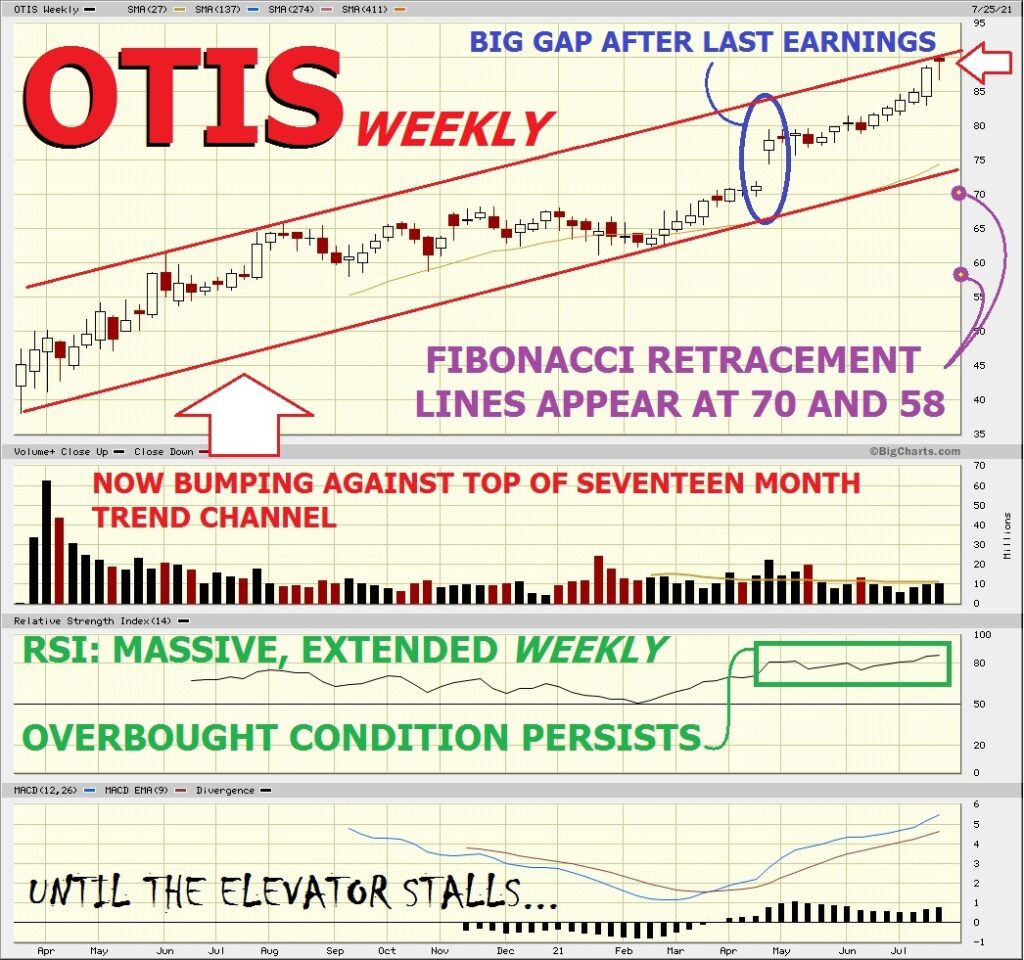 If the doors open at the right floor, you’ve only the G-d of Israel to thank.