Since New Year’s, we’ve been on a war footing here at A Jew and His Money, keenly attuned to developments in both the Pacific theater and the Middle East (and to a lesser degree on the Russian front).

The reason for our soldierly interest is connected to the obvious tensions that exist between the U.S. and China, on the one hand, and those with Iran on the other.

Dr. Trump seems committed to boxing-in Iran, with an obvious eye on maintaining the smooth flow of energy supplies from old ally Saudi Arabia, and to that end, has reinstated sanctions and set Europe on alert that they also must abide by American rules of trade and war in the Persian Gulf.

On the other side of the planet, the trade war with China has grown increasingly bellicose, with arms sales to Taiwan and new naval deployments off China’s coastal waters most recently in the news.

Now, it’s clear there’s a what and a wherefore behind the China moves, as we’ve discussed here and here – weapons and threats have a way of increasing one’s bargaining power, serving as leverage in any friendly sit-down with totalitarian thugs to discuss currency manipulations, slave labor and illegal government subsidies.

But what goes on in the Middle East is not really about getting a trade advantage, and certainly has nothing to do with obtaining a better deal on Iranian oil – this is genuinely about war, friends. 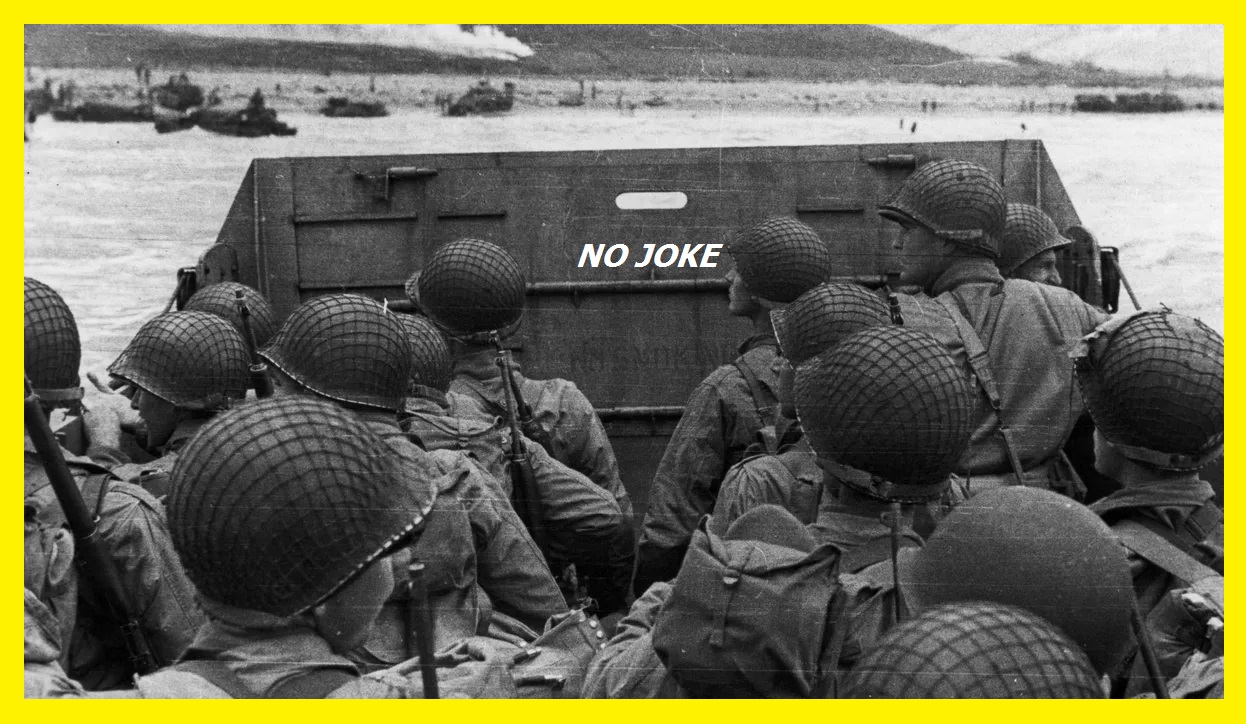 And that’s why we note a prominent piece in the Wall Street Journal today on additional military assets on their way to the Persian Gulf.   In addition to the current carrier group cruising the Arabian Sea, the head of U.S. Central Command recently ordered (and received) a full bomber squadron and is now negotiating for larger forces to Iraq and elsewhere to maintain ‘deterrence’ in the region.

The story of the request for more men and materiel broke at virtually the same hour that Tehran was showing off its latest Khordad 15 missile system, designed to bring down “stealth’ targets from a distance of 120 kilometers.  The regime in Iran has long sought homemade weaponry in the face of a decades-long sanctions regime that made it difficult to purchase such hardware.

The Business of Guns

All told, it’s a great time for the military-industrial complex, and the latest merger between United Technologies (NYSE:UTX) and Raytheon (NYSE:RTN) is proof that companies are seeking synergies in an effort to be more competitive, offer a broader range of products and services and capture a larger percentage of the lucrative government contract that, as we all know, permits nuts and bolts to be purchased at ‘Pentagon Prices’ – nudge, nudge, wink, wink. 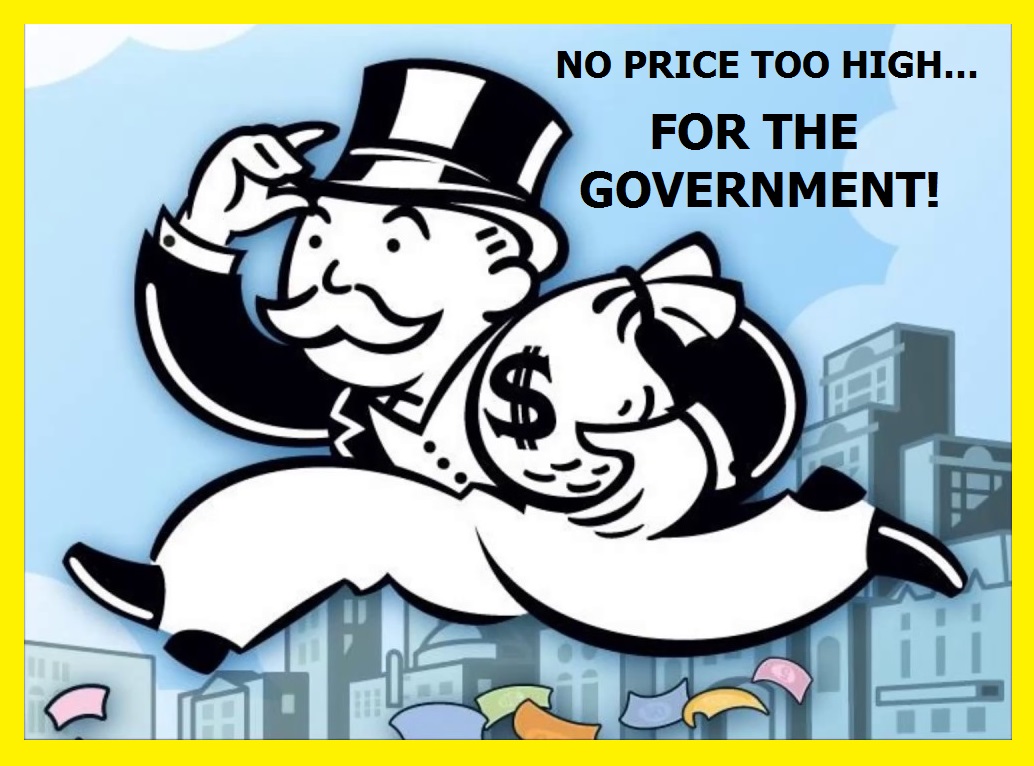 So with the drums of war a’pounding, we’re turning again to a defense contractor for a near-term trade, and it goes like this –

First, the name of the company in question is Kratos Defense and Security Solutions (NASDAQ:KTOS), a mid-cap concern out of San Diego that develops drones and other microwave electronic components for missiles and combat jets.

The company’s stock trades with a hyper-inflated PE of 366.  No misprint there.  No missing decimal.  Three hundred sixty six.

And here’s the chart – 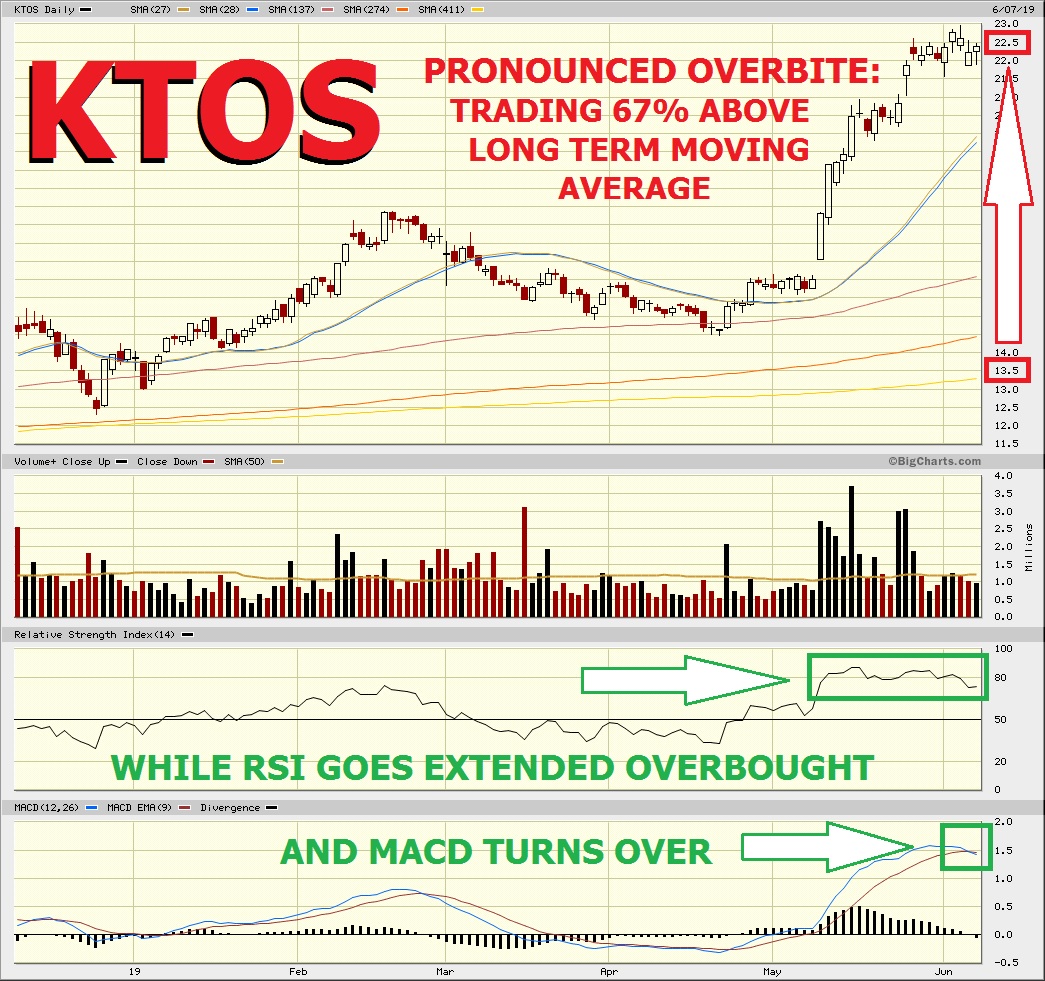 KTOS shares are decompressing after a nearly month long bout in the ethereal overbought (in green).  RSI has now moved below the 80 line and MACD is folding over as of last Friday.

Price action has been stalled for a couple of weeks after a direct line northward that brought the shares to an astonishing 67% above their long term moving average.

And while we can’t say with any certainty that the stock is about to nosedive, we feel fairly sanguine regarding her prospects vis-à-vis the rest of the aerospace/defense sector.

Here’s how that relationship stacks up graphically – 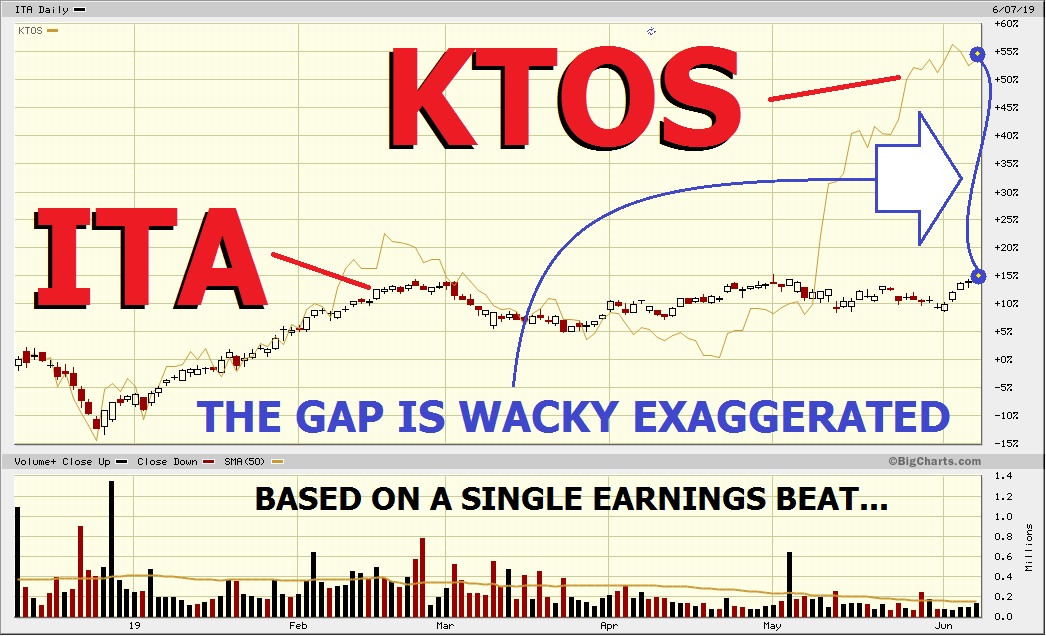 This is KTOS plotted against the iShares U.S. Aerospace & Defense ETF (NYSE:ITA) for the last half year.  And you can clearly see how Kratos cracked the fandango after her last earnings report, climbing unrealistically in what amounted, in our opinion, to a routine profit beat.

And it’s for that reason that we’re playing the two against each other.

Note, too, that the long KTOS option is at-the-money, while the short ITA PUT is almost 10% OTM and expires a full THREE MONTHS before the KTOS PUT.