That’s One Helluva Porpoise You Got There, Slim (ITA,HII)

We’re looking at the war machine again this week, since it’s there we find plenty of fresh meat for the takin’. 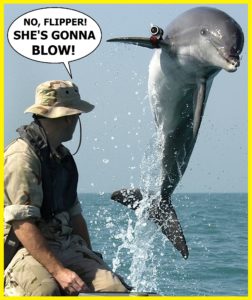 The trade is based on a company that specializes in sea-going murder machines – all the better to project our power overseas, don’tcha know.

“What did one ocean say to the other ocean?”
“Nothing.  It just waved!”

They call themselves Huntington Ingalls Industries (NYSE:HII) and – you’re going to love this – they recently inaugurated an annual “Day of Caring” for the community, because, after all, when you build seacraft that are dedicated to the wholesale destruction of human life, you have to show that you’re not all bad. 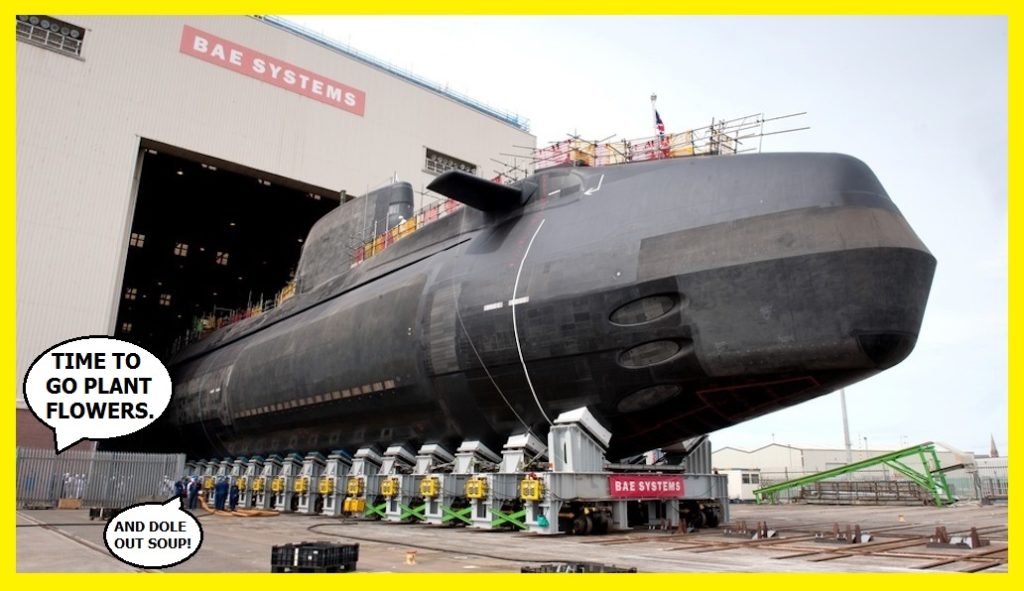 HII is a fundamentally sound operation, sporting a market cap of $10.4 billion, priced with a trailing earnings multiple of 17.2 and a Price to Book of 6.0, and offers a 1.64% annual yield.

That said, price has clearly gotten carried away over the last 60 days and not a single insider has purchased shares since New Year’s. 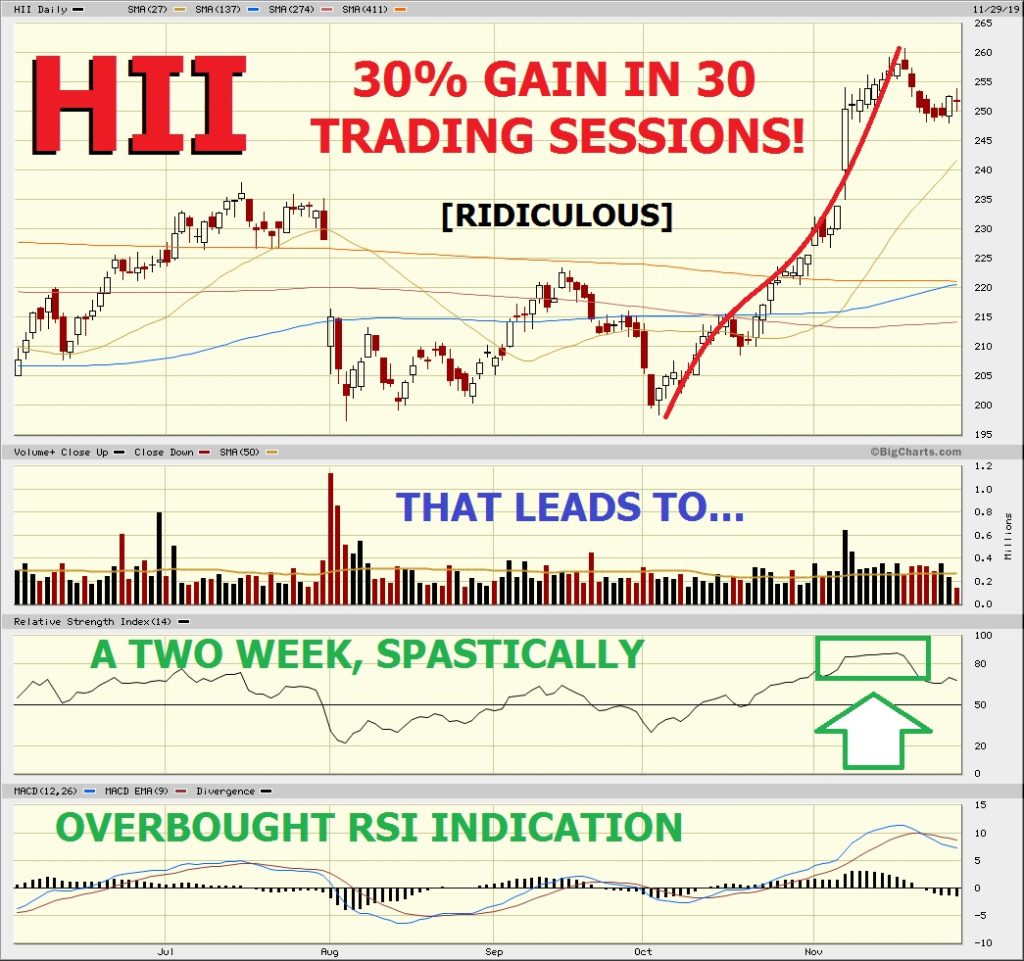 The situation at this point is anything but “anchors aweigh” for HII shareholders.  One might say, rather, that the tide has turned.

After a keel-haul scrape higher of 30% (in red), Huntington went 20,000 leagues into the overbought (in green), and is now lying full a-hull.

That means there’s very little chance of a push higher from here, and all bets should be geared toward a middling to negative return over the near term.

At the same time, we note that the rest of the military-industrial complex, as represented by the iShares U.S. Aerospace and Defense ETF (NYSE:ITA) has not performed as enthusiastically as HII over the period in question.  In fact, a look at the two charted against each other shows a patently hyperactive pattern of behavior on the part of HII vis-à-vis the broader war class of stocks. 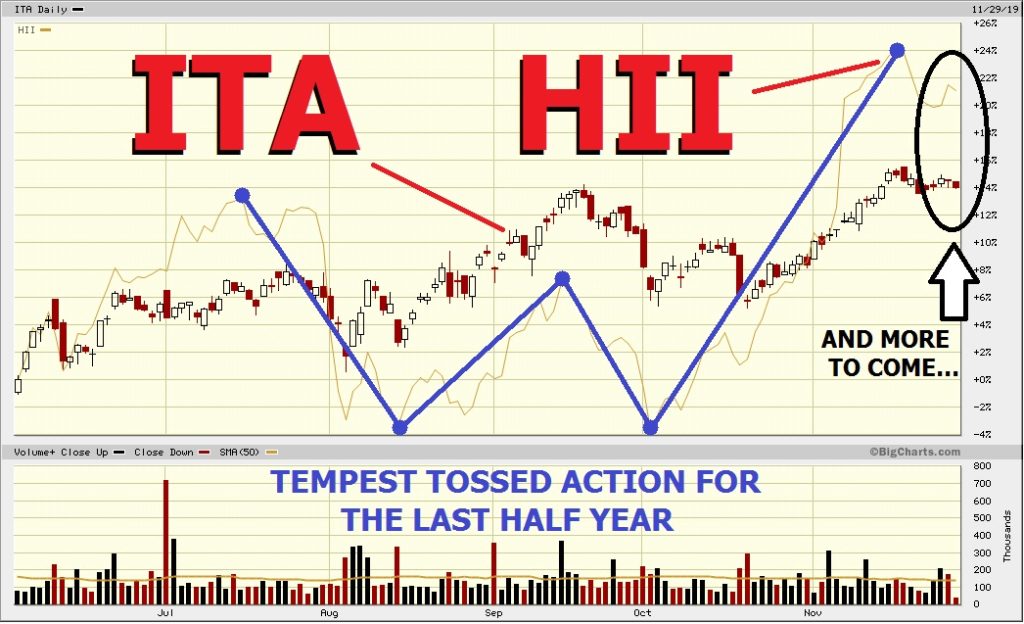 Can Stocks Have ADHD?

The action is clear.  HII overreacts on both the up and downside nearly every time it’s given to move.

Our take on the hyperactivity of the stock is that it can now be played for fun and profit against the sector.

And we invite you to do it thus –

Pay close attention to those expiries.

Next Post »
Slowing to the Pace of Redemption (GLD/TLT,IAI/CNS)