The Company That Cannot Fumble (GM)

Now, she’s no Tesla; that’s for darn sure.  Which is to say, she don’t go blowing up with the same frequency. 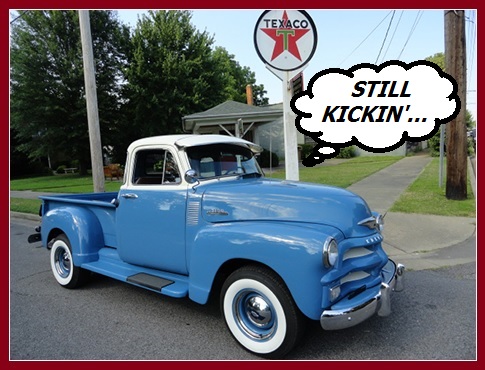 Rather, GM has now made a strong move into the delivery/logistics market with her BrightDrop range of products, designed to help you get fatter while you order everything online and get shorter wait times for delivery.

‘Sustainablity’ is how they’re spinning it…

Last week, GM rolled out her “ecosystem of electric first-to-last-mile products” and her stock gapped higher like a sexy Silicon Valley start-up doll, with big volume to boot!

We’ll get to the charts shortly, but first, a quick scan of the fundamentals shows nothing too egregious – 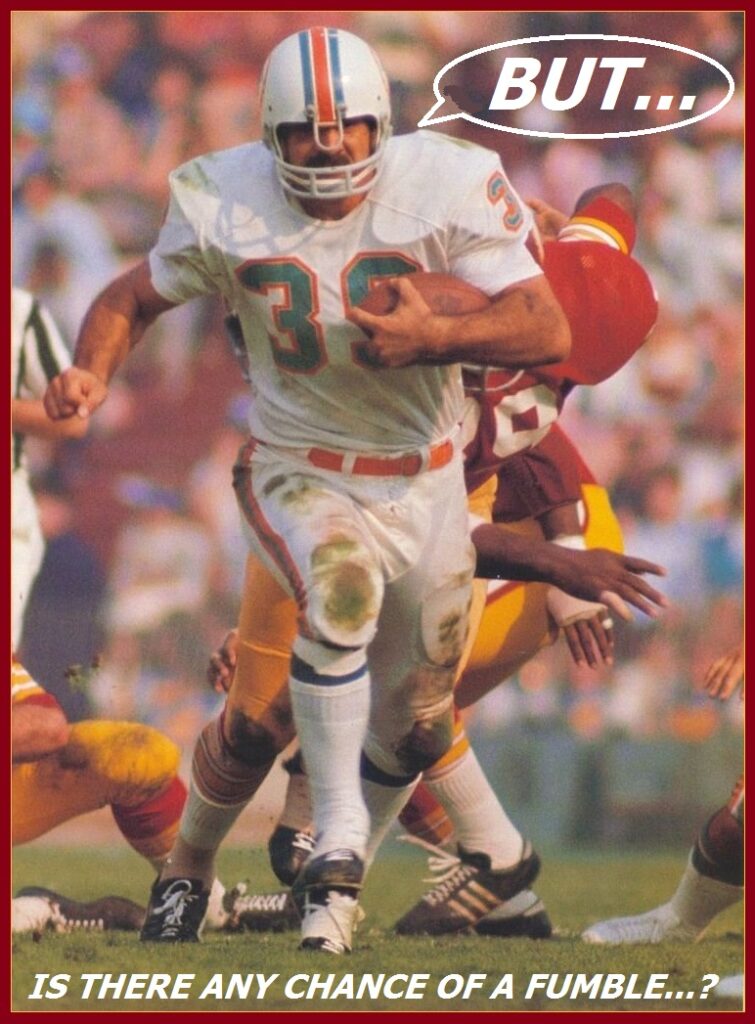 So, apparently, we’re not the only ‘last-mile’ skeptics here. 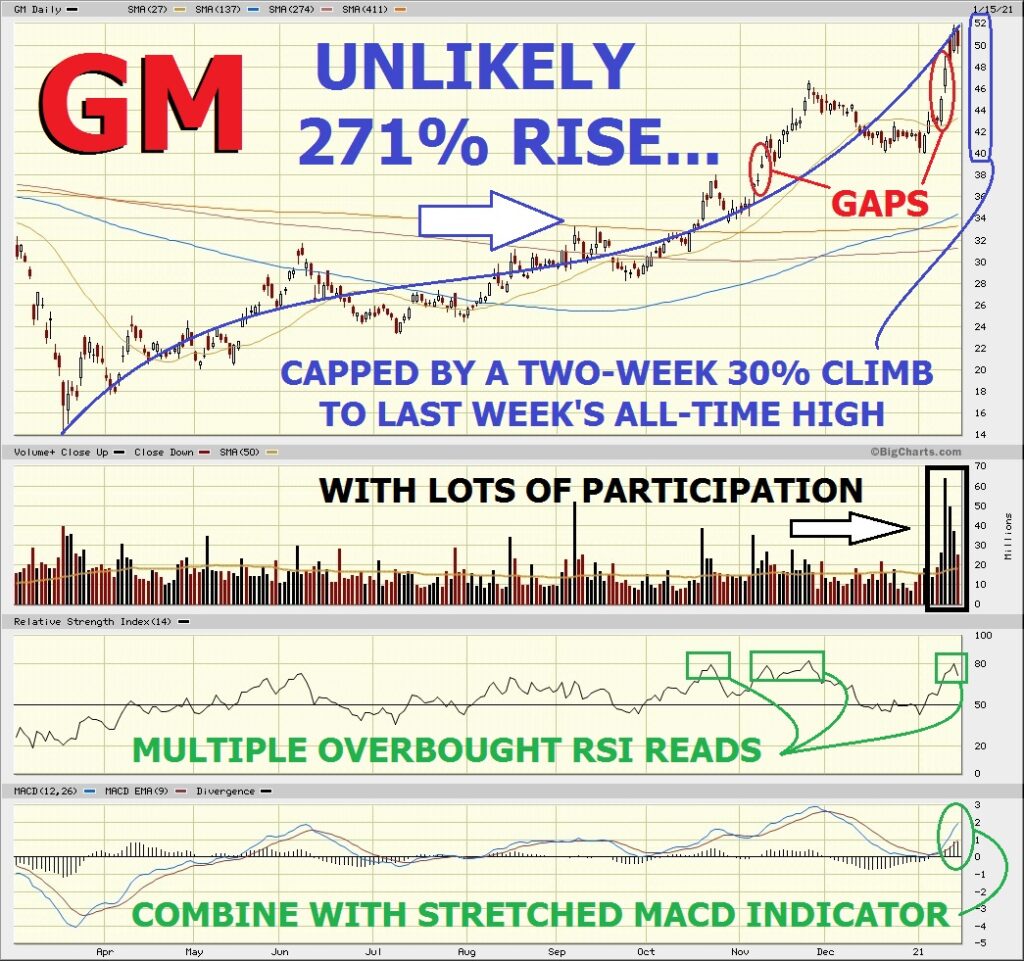 All told, not a Winnie-the-Pooh, luv ’em up picture of happiness.

Now, take a peek at the weekly – 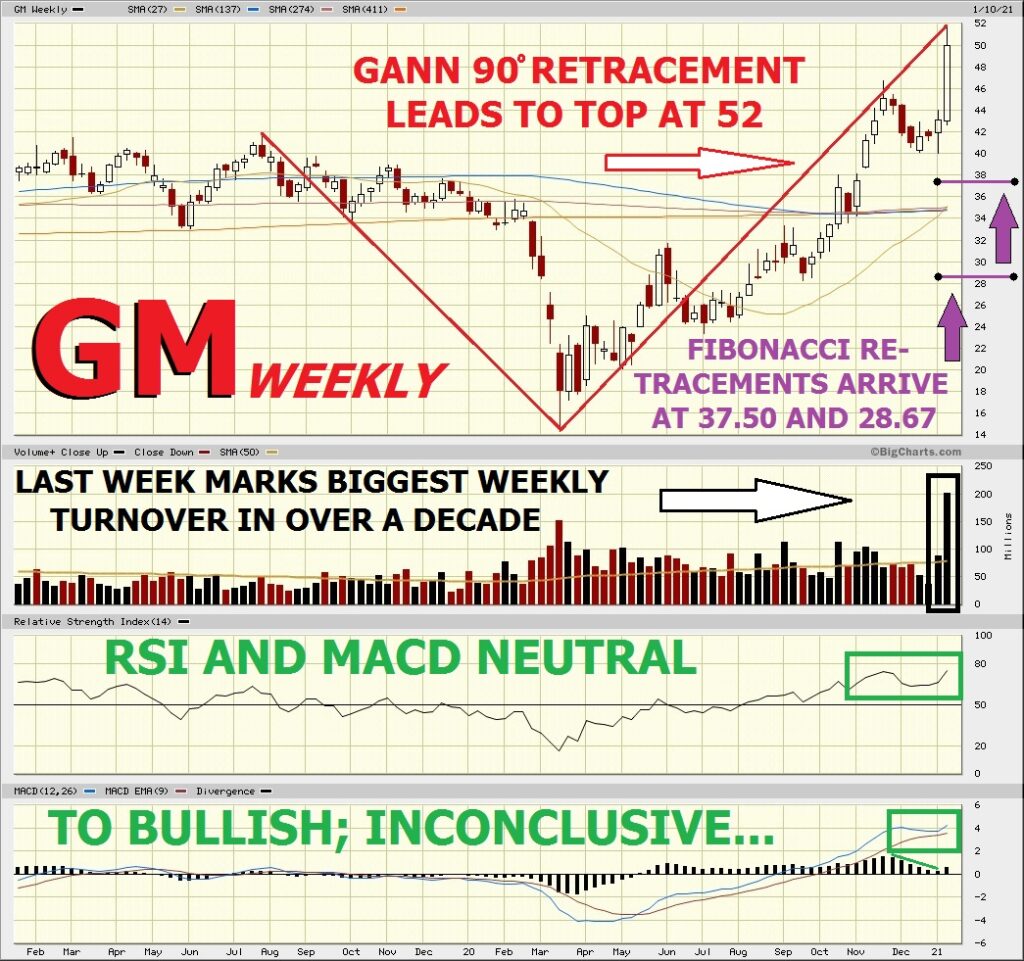 And it’s to that level we’re expecting the decline.

Rationale: with the market puffed up like a birthday balloon waiting for a surprise prick, the turn lower is now very close.

GM will decline with the rest, but at this point appears unlikely to rise any further.  The cake’s been baked, iced, primped and is now ready to be dropped.

The short 60 CALL (that pays for the trade) is 20% OTM, but we’re still backing it up with a STOP buy at that level to avoid any losses.

For downside profitability, we’ve chosen the 40 PUT, which affords us the purchase of two options (and a net credit!) to profit from.

With a decline to our target of 37/38, we could make off very well here.

And if the G-d of Israel wills it, so will it be.