Friends, we’re currently in the midst of a mania that may end up being as grueling and long-lived as it is spastic.

And if you’re wondering how to parse that, we recommend bourbon – aged, on ice, if you prefer – with a side of fermented veggies.

We’re referring, of course, to both this bat-flu nonsense as well as the stock market, and trust you’ll agree that even beyond those two domains there’s a thick swath of modern life that’s now showing signs of excess and maladjustment.

Of course, the unwind of all we’ve known and grown accustomed to will inevitably occur, but not in the weeks and months that some are affording it.  We believe that the pace of the fraying will be slower, affecting all, but not those of a more fortunate station at first.

It will be, rather, the fragile and the aged, the impoverished and the vulnerable who will feel the first sting of a world come undone.  And it’s to them we owe the full measure of our assistance, sympathy and attention.

It’s for this reason, too, that you’re with us, fellow Jews and Noahides.  For the wealth attained via the hand of the Holy One should also be directed to those relatives, neighbors and friends less fortunate than we.

And now to this week’s trade. 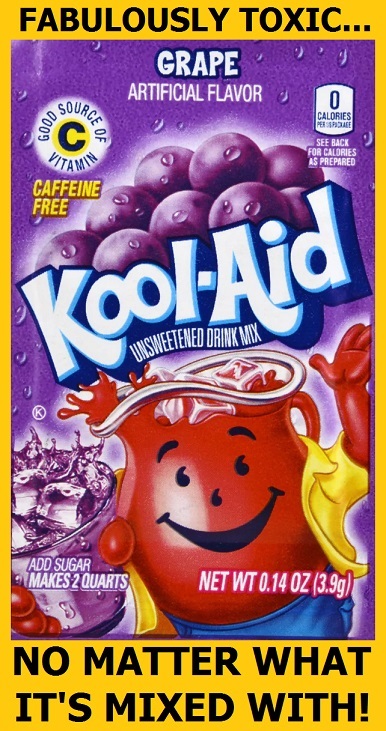 Hard to think of a better way of describing Medifast Inc. (NYSE:MED), a $2 billion corporation by market cap, whose business model is nearly a multilevel marketing scheme (though not so in the legal sense), and whose adherents are dedicated, zealous and ready to die for the cause.

Medifast sells junk food touted as ‘nutritional’ and ‘healthy’ and comes replete with a “coach” – who helps keep your wallet open and the dollars a’flying.

So, you see, there are advantages to the stock cult…

In any event, MED has earnings coming on August 5th (this Wednesday), so we thought it might be wise to take a peek at the inner workings of the stock, whose rise over the last four months has been nothing short of gluttonous, measuring a full 240 points on the percentage scale.

That, of course, has brought them into the realm of the obesely overbought, as far as we’re concerned, and so we offer you the chance to share now in our scoffery.

Have a look at the daily chart first – 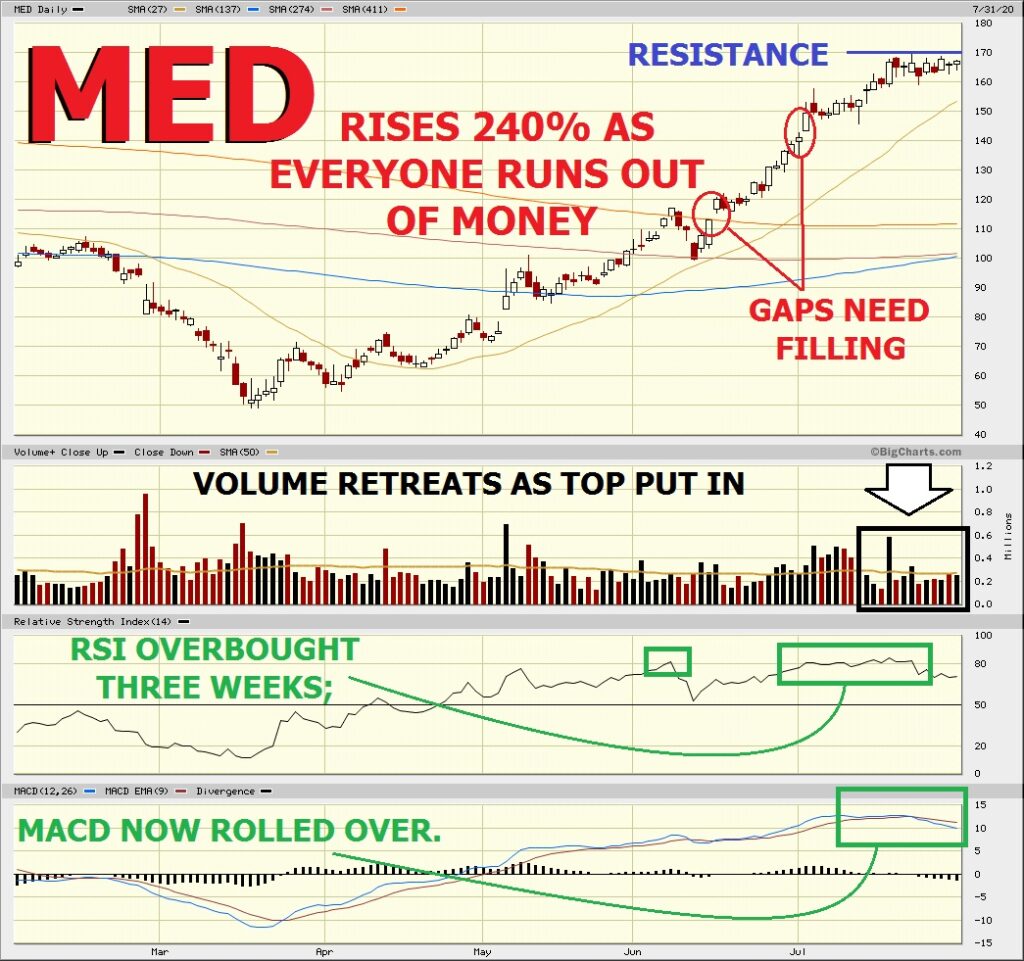 Technically, the stock has taken a few notable shots of late –

We see a prolonged stall at these levels, at best, and a significant, steady decline at worst.

And we’re playing it against the Vanguard Consumer Staples ETF (NYSE:VDC), a more accurate gauge of the consumables industry, in our humble opinion.

Rationale: Our expectation is that MED corrects at a faster rate than VDC going forward.

If we’re right, we’ll close out the trade entirely at the time of the MED option expiry in September (if not before).

If we’re wrong, and MED swings higher from here, our losses are capped at exactly $2.87 due to the long MED CALL at 170.

On the other side of the trade, we’re long shares of VDC (purchased with funds from the MED short sale).  The short VDC CALL helps us pay for the protective CALL on MED and also creates a covered CALL situation that maxes out our gains from the VDC side at $0.10.

« Previous Post
Reinstate the Holy Qorbanot! (Along with that great PM trade – WPM/GLD)

Next Post »
Stewed Prunes! There’s a 1400% Winner on the Table – And Semiconductors are Next (FAS/GS, USD/KLAC)