Line it up, sports fans.  We’ve got a full roster of trade closures for you, and your participation is required.

So put down those Chick-Fil-A Waffle Fries and grab a fountain pen – all the better to engage the geyser of profits we’re about to announce.

We got tired of waiting for this thing to balloon, so we’re calling the IRS and shutting her down.

Good on all who went in big. 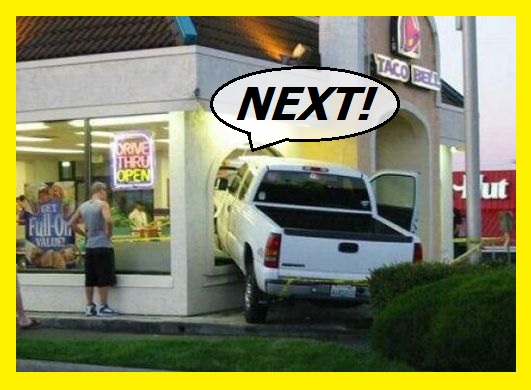 Exactly one month ago, we issued a transport-based trade called Cruise the Seas for American Gold, in which we recommended you consider purchasing the SEA June 19th 8 CALL for $2.25 and selling the STNG March 20th 42 CALL for the same $2.25.  Zero premium was the result.

That’s 4,640% annualized for those in need of a calculator.

Thanks.  We intend to.

But first, a word on commissions.

These days, nearly all the major online brokers are offering free commissions for both options and stock trades.

Competition for your business is fierce, and while we have no immediate interest in suggesting one trading platform over another, we would encourage you to take advantage of the offers that are out there.  Our research suggests this will not end soon.  And the savings for those who trade regularly can be significant.

Do some looking around.  Ask friends and colleagues.  The number of option traders has grown significantly in the last two and a half years, and we say – if you’re in the game, do it right. 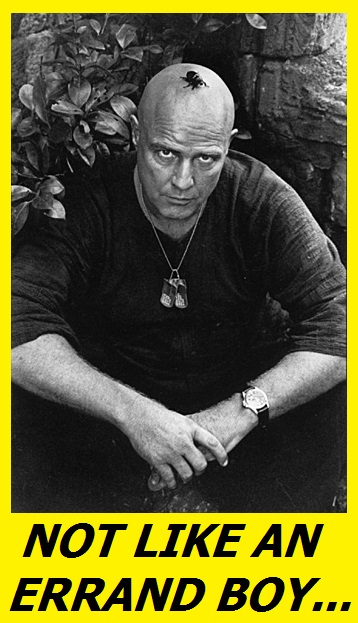 Some outfits will require minimum account sizes, while others ask for a minimum number of trades per month.  But not all.  It’s worth it to dig around.

As for the other trades, we have a full-fisted five expiring by week’s end.  Stay close to your monitor, and wait like a saint for Alan B. Harvard’s Climbing the Wall of Redemption.  He’ll be advising on any necessary actions before then.

NOW GROOVE ON THIS!

We’re turning now to the financial sector, because that group has performed exceptionally well over the last quarter, but appears now to have reached an inflection point. 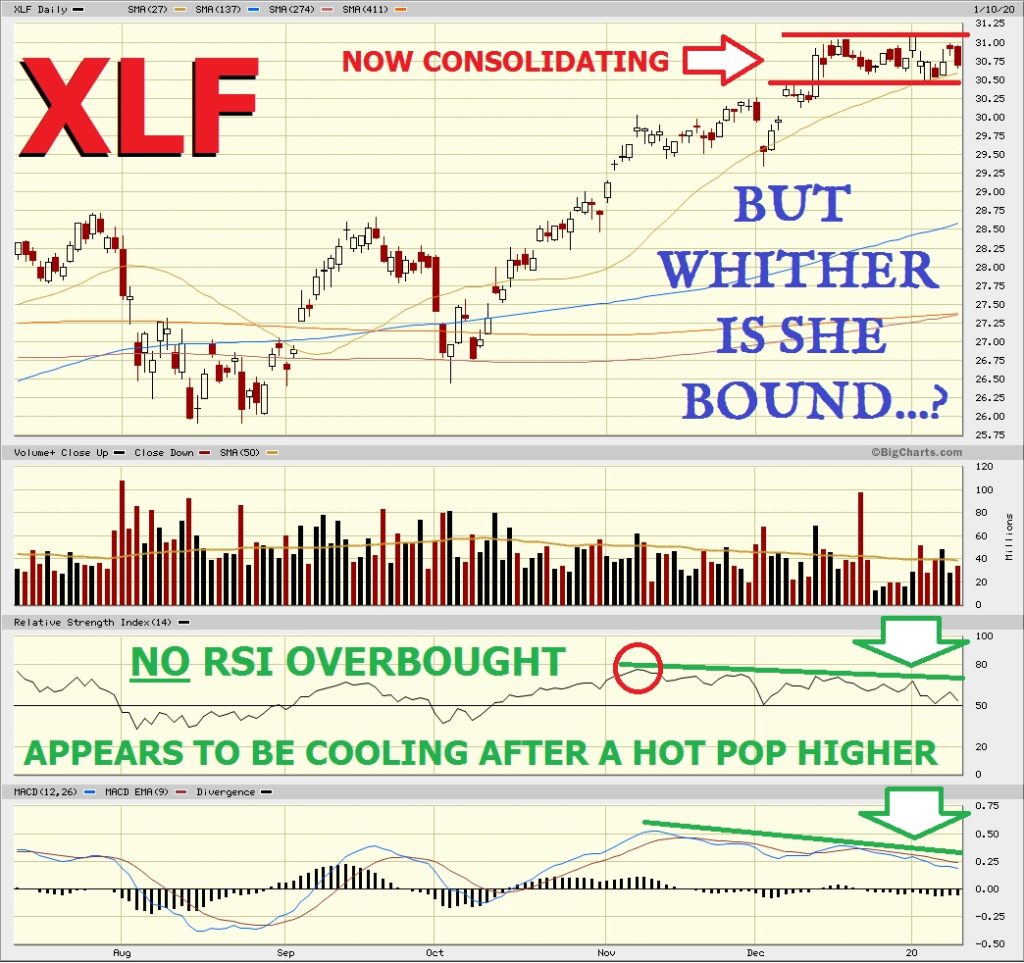 This is the Financial Select Sector SPDR ETF (NYSE:XLF) for the last half year.

And what’s she showing?

Well, after a strong bull move that began in August, sector momentum began to wane in early November, as seen in the divergent RSI and MCD reads (in green, at bottom).

The stock continued to gain for another month, but since mid-December she’s been range bound (in red), and speculation is rife over which direction the coming break will ensue.

We haven’t seen three, clear fan-lines higher, nor has there been a definitive RSI overbought indication, two sure-fire signals that a top is in.

And that brings us to Morgan Stanley (NYSE:MS).

Among the leaders in the financial sector is Morgan Stanley, a stock whose beta exceeds that of his banking brethren by a longshot and to whom we turn our attentions today for a trade.

This is MS for the last six months – 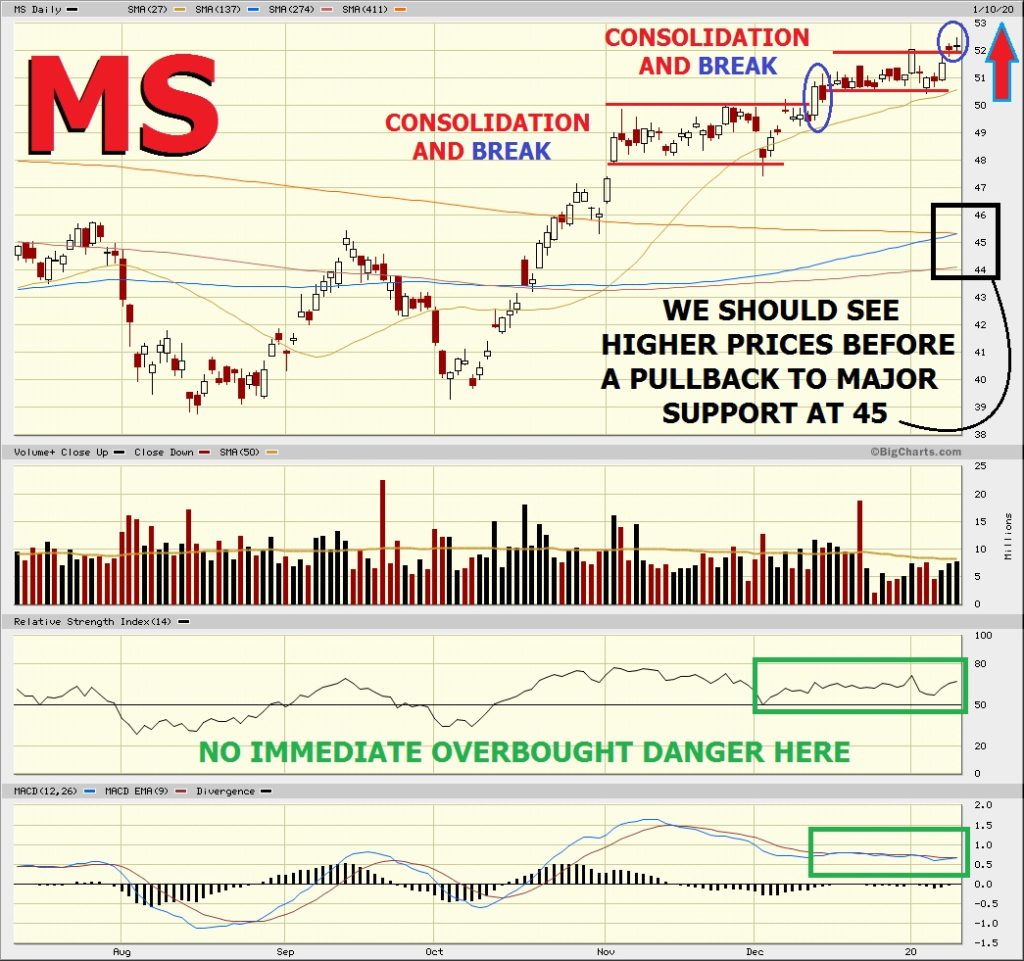 We admit that MS will have to return to her longer term moving averages down the road.  The break above the 411 day MA was never truly tested.  But we don’t believe that’s the stock’s immediate direction.

Sentiment is too cold.

After an incredible three month run, too many are doubting the current rally’s strength.

And that’s just fine by us.

We’re selling a PUT spread on MS to buy a Call spread.

Maximum loss on the initiative is $513.