There have always been times and places in the financial world that are silly.  Most of the time they elicit a smirk and you just move on.

But today, the absurdity of the entire financial realm has reached the point of hilarity.

And it’s generally at times like these that a correction takes place.

Now, that’s not to say the current excess won’t persist –  the separation between reality and fantasy can remain inextricably blurred for weeks or even months, leaving the vast majority of traders utterly confounded.

Where are the Wins?

We’ve gone a while without closing a mess of trades for big wins, and a number of you have commented as such in your latest correspondence.

Maybe you, too, are confounded?

Our response remains the same as ever – that good trading is like laying bricks.  Or better yet, like constructing a stone wall.

And about as exciting.

We do our research and one by one lay the stones in place.

We don’t predict when the wall will be completed or how high exactly it will rise.

We just set our stones as square and true as we can.

We do it with keen attention to the fit, spacing, plumb and plane of the project, and with the patience a veteran mason.

The mortar keeps it all secure until the happy day arrives when we can cash in. 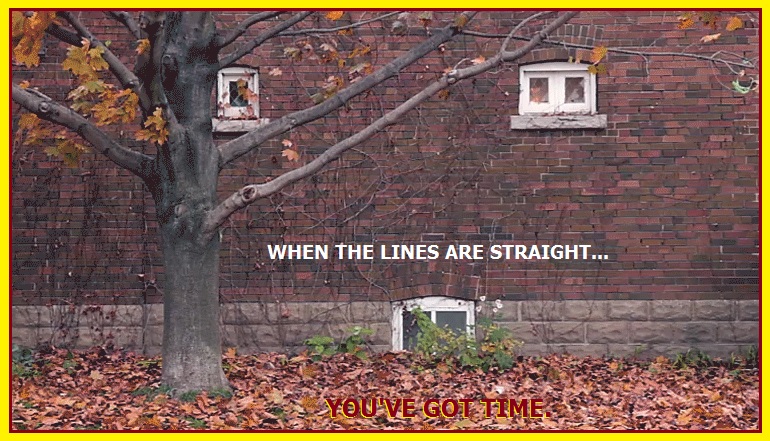 When the weather clears, we assure you – you’ll be lookin’ at more than just a heap of leaves.

There’ll be money aplenty scattered there.

Stick with us, champ!  We’ll make you a winner.

And now for this week’s trade.

We’re tacking back to the tech sector today, because it appears we’re close to a ‘recalibration’, as some call it, in the momentum/value equity continuum.

The momentums have clearly been the favored group during the latest rally, but everything has become… well, so damn funny – that there’s little remaining but a cramp in the belly from such an extended stitch.

And that brings us to laughing stock Fastly, Inc. (NYSE:FSLY), operators of “edge cloud” infrastructure for online businesses since 2012, and traded publicly for just over a year.

Here are the belly-busting numbers –

Can she turn a buck?!

But in the meantime, the chart is no laughing matter. 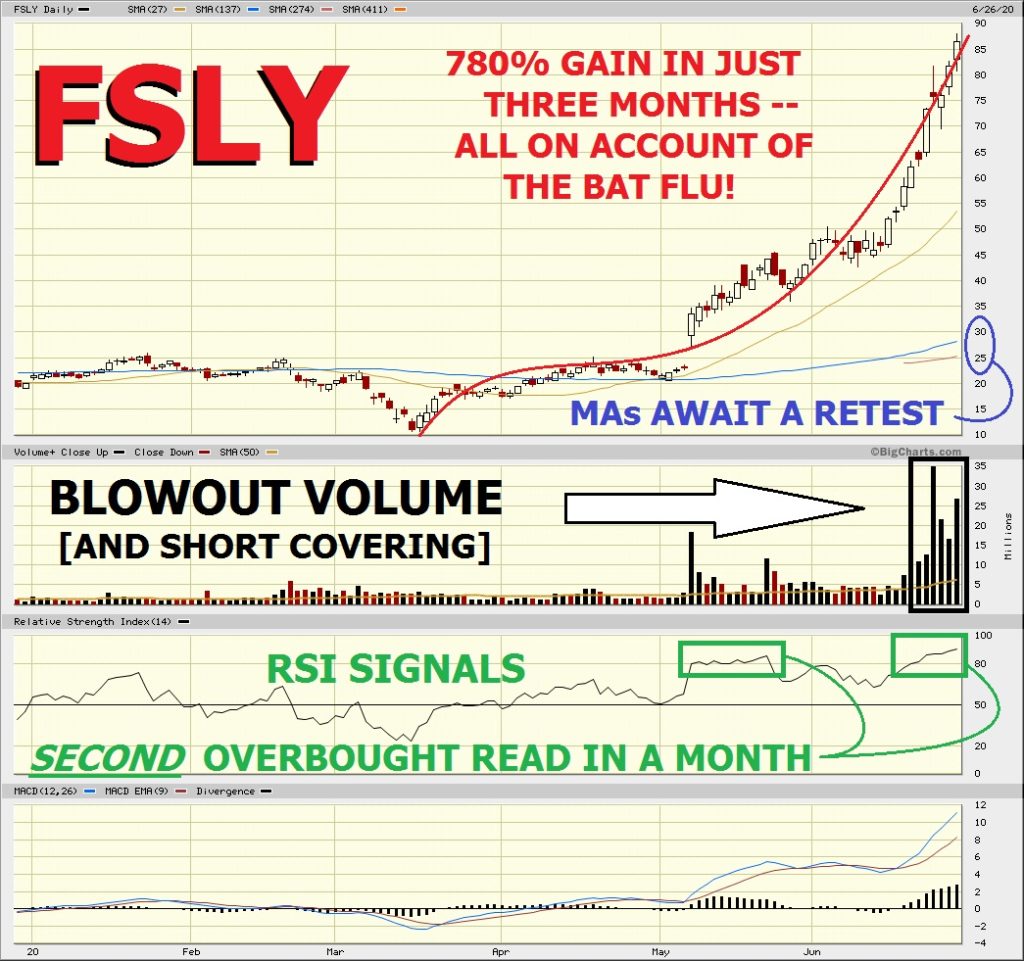 Our take on the chart is wholly negative.

And it won’t last.

We see the next move lower toward the rising moving averages (in blue), now in the 25-30 range.

A Jew and His Money recommends you consider short selling shares of FSLY (now trading at $86.51) and selling short one September 18th 70 PUT for $9.70.  Set a STOP buy order on the shares at $96 to ensure against a loss.

Rationale: As we’re negative on FSLY, the short sale will pay off handsomely if we’re right.

If we’re wrong, however – or even temporarily wrong – the short PUT credit will protect us on the upside to a level of $96.21.  Setting the stop at $96.00 will be prudent in the event of a fast moving spike higher.

The short PUT offers us an excellent cushion, but it also caps our gains.  Should FSLY trend strongly lower, our maximum profit will be fixed at $16.51, the current price less the strike of the short PUT.

Should both events transpire, 1) a sudden spike upwards that triggers the STOP (and closes the short), AND 2) an ensuing drop toward our short PUT strike of 70, we’ll simply re-initiate the short at 70 (along with another STOP buy order to preclude any losses).

Maximum loss – should proper STOPs be emplaced – is NIL.

Next Post »
Pulling it All Together: Presenting the Long/Short, Market Neutral, Event-Driven Bond Straddle (TLT,TMV)