The Quick Consumer – IN AND OUT; NO ONE GETS HURT. (SYY)

In today’s dispatch, we follow in the path of Osaka Mayor Ichiro Matsui, who two years ago complained that Japanese women take too long to purchase the groceries.

“If it was you, if you were told to get this or that, then you would go directly… and go home,” he said.  “When a woman goes… it will take time…”

Not wanting to upset the lord mayor – or to suggest that we’re effete by nature – we’re leaving the car running and popping in and out like a proper thief for today’s trade.

The trade has a short-term time horizon, is what we mean.  We have to see action in a hurry to make our money.  And that means it’s SPECULATIVE.

Now let’s have a closer look.

The company in question is SYSCO Corp. (NYSE:SYY), suppliers of food and “food-related products” to hospitals, colleges, hotels and other industrial-sized kitchens.

Now, as inflation takes hold and food items cost more, one would think this would be a doozy of a stock to own.

But the truth is otherwise.

The company missed earnings expectations a month ago on higher operating expenses and less than favorable business conditions arising from the BATFLU nonsense.  But it did add to its business portfolio with the acquisition of produce distributor The Coastal Companies.

That won’t be enough, though.

There’s a coming fire that’ll have to be extinguished first.

Have a look at the fundamentals –

These are not the numbers you want to see before buying. 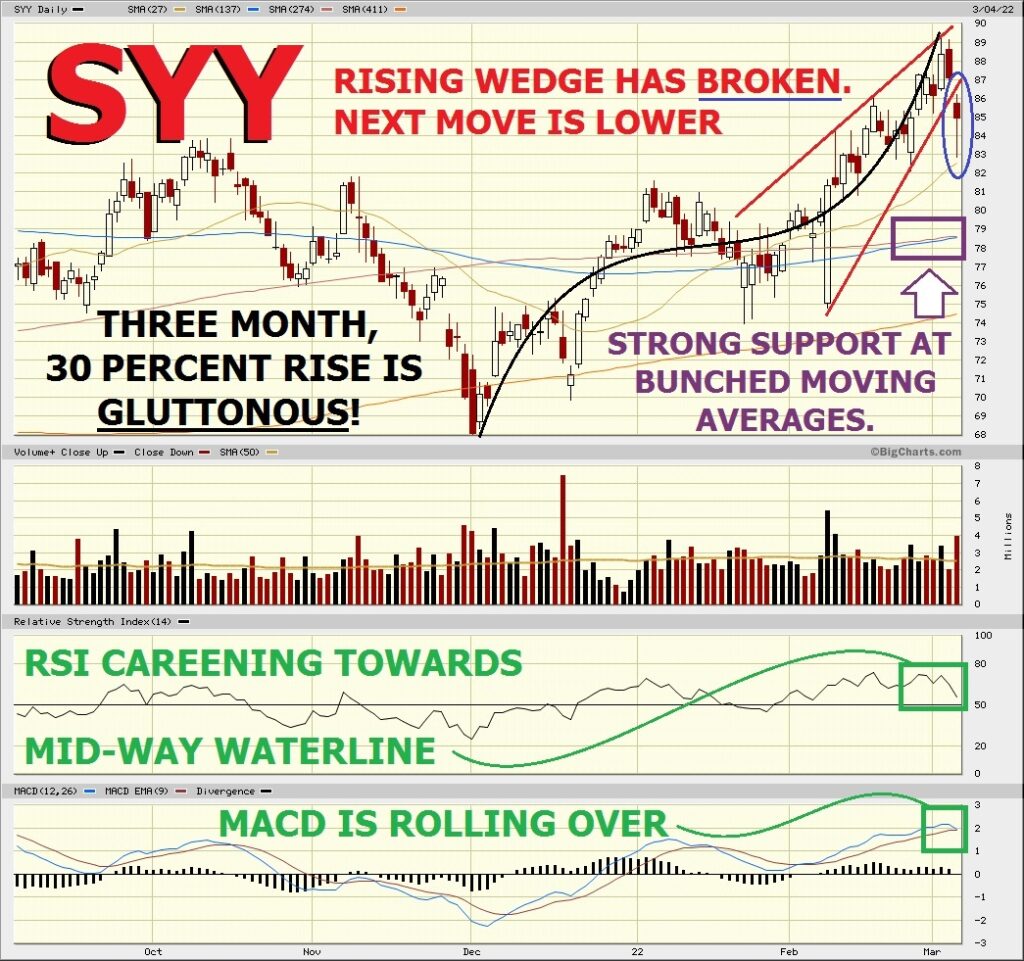 But we don’t need all that to cash in.

Max loss is $5.30 (difference between the CALL strikes plus the initial debit).  That loss would occur if SYY jumps higher to close at a new all-time high, an eventuality we balk at.

The trade is already in-the-money by $0.74, meaning we have room to play on the upside before any loss ensues.

And full profits are taken with a decline of just 1.1%.

Let it be His will that the evil ones bury one another while the good souls – all you Holy Jews and Noahides – look on from the safety of his Holy Abode.