Two to close, friends, before we get to our trade for the week.

First up is our GLD short sale whose details can be found here.

And that’s all right.

And today, we’re heavy on the win side.

Call it a wallet-fattening 73% in under a month!

That calls for a sandwich!

Now, on to this week’s wham-o offering.

That is, they’re a tad stuffed at this point.

The technicals also paint a picture of troubled times a’coming. 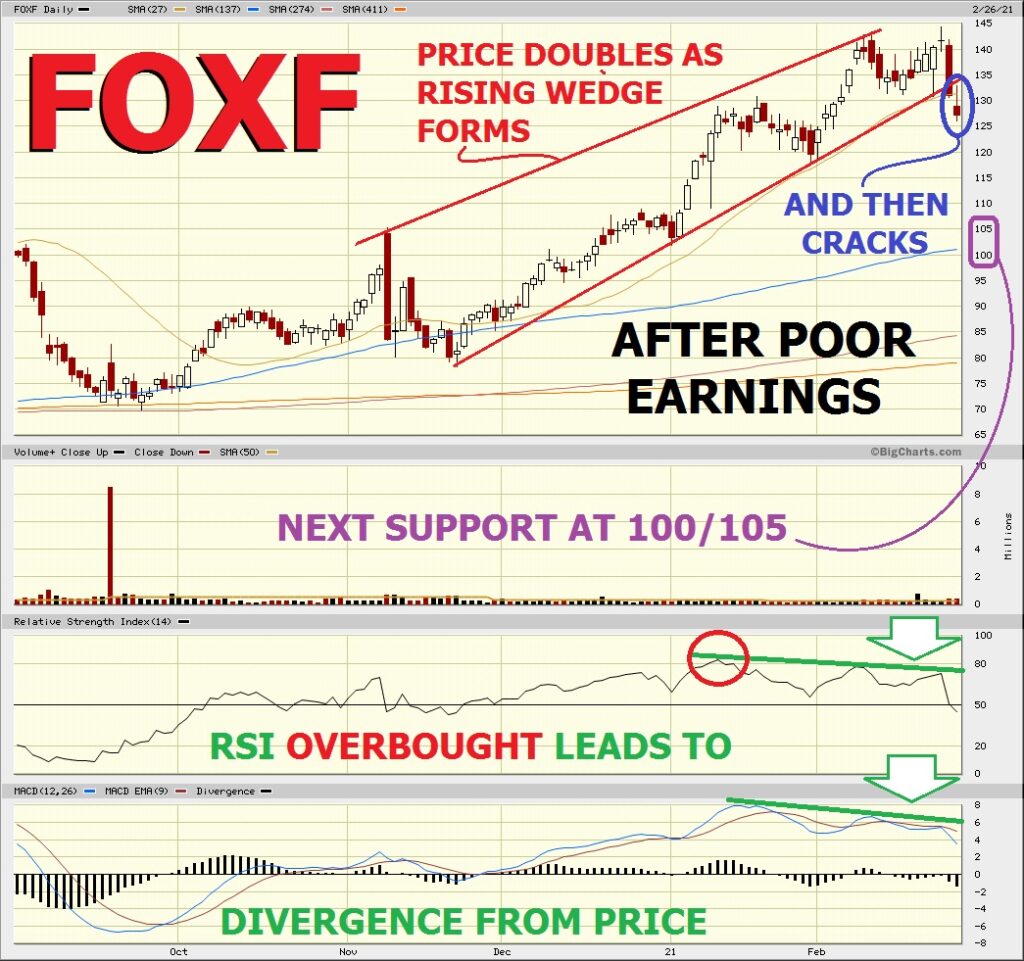 Now, we owe something of an explanation as to why we wrote “poor earnings” on the chart, when the company actually delivered beats on both its top and bottom lines.

However you want to slice it, though, investors are looking to bail on FOXF, and we have no problem joining them.

Rationale: FOXF options are pricing in a full-scale bearish scenario, with CALL spreads offering a negative take and PUT spreads demanding better than $5.00 for a five point spread.

That means we have to move creatively here.

The synthetic PUT is the best option, because it offers a cheap entrée to the trade and limited downside with the STOP in place.

As for the STOP, it has to be maintained.  That is, should price move through 140, you’ll have to reset a STOP sell at the same level to keep the trade square.  There should always be a STOP in place until we close out.

Maximum loss – should price move straight higher through expiry – is $16.30 (difference between short CALL and STOP, plus initial debit).  This, we view as very unlikely.

Next Post »
Slip of the CAT Got Your Forked Tongue? (CAT)