Twice in One Month: Dressing For Healthcare Success (XLV,BMRN)

It was less than two weeks ago that we made off like a pack of Barbary pirates in a pairs trade from the healthcare sector.  It was the IBB/ABBV matchup that you read about here.

In any event, we’re not rehashing the thing just to primp-up peacock on you.  This is not, after all, the financial egomaniac circus.  If you’re looking for that, go try CNBC.

Here, we have standards of modesty and a high collar dress code. 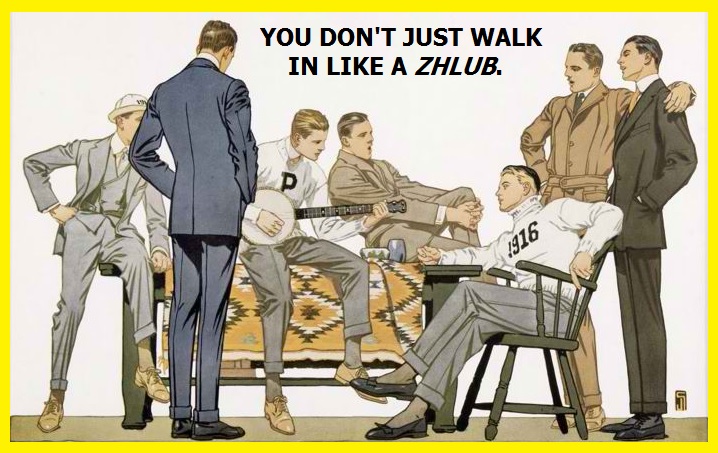 We raise the trade because it was based on a technical pattern in the biotech sector that has repeated itself with McLaren-like race car precision.

This time, though, the stock is Biomarin Pharmaceutical Inc. (NASDAQ:BMRN), maker of treatments for hemophilia and other rare diseases.

On the company’s daily chart (below) you’ll see the same descending triangle pattern that netted us 6450% in just two months – far and away our best trade of the year.

Perhaps this one will rhyme…? 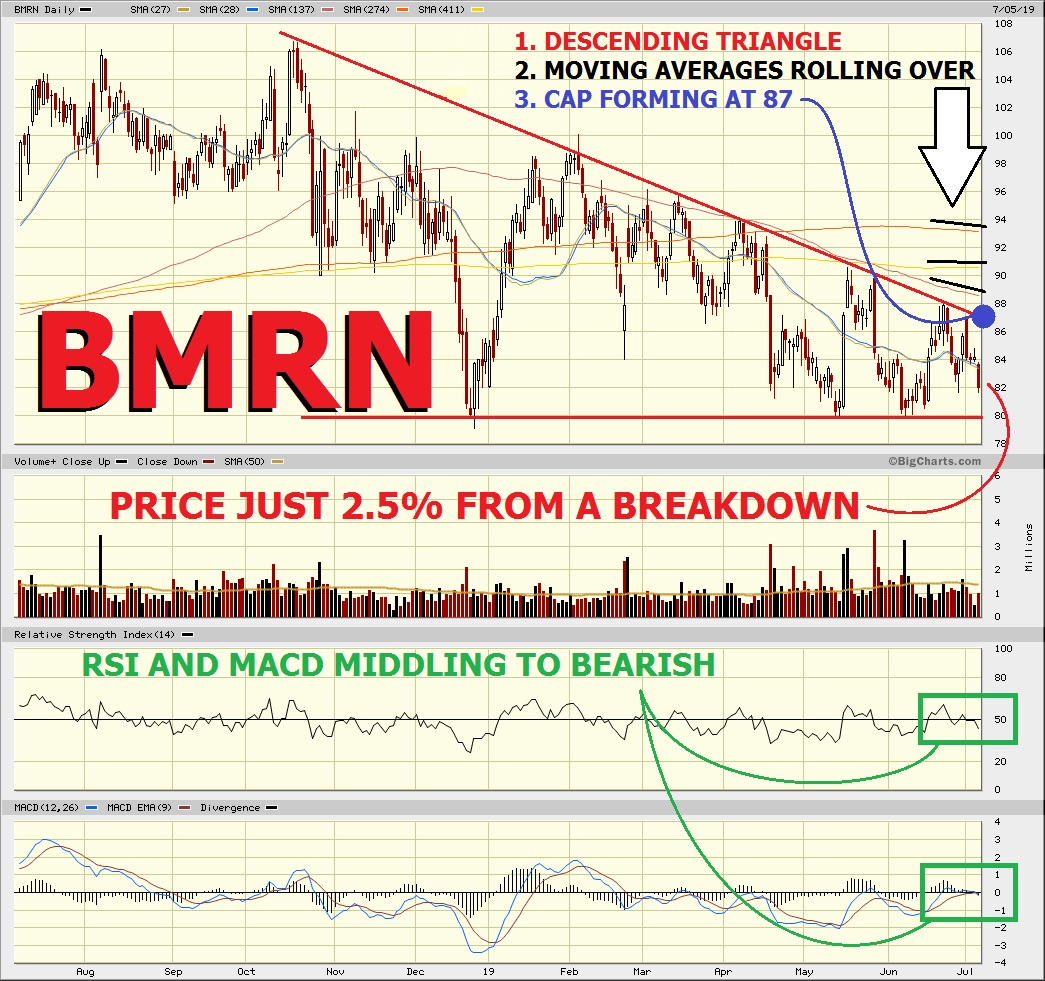 This is the daily action for the last year, and it’s clear: a ten month descending triangle (in red) provides the greater part of the bearish set-up.

Descending triangles, by the way, are evidence of strong support – in this case at the $80 level – but a declining commitment on the part of the stock’s bulls to pony up and push the shares higher.  Each effort runs out of steam sooner than the last, and it all eventually ends in capitulation.

Adding to the negativity, we see –

We acknowledge that price could bounce between $80 and $86 for perhaps another week, but time is running thin for Biomarin, and if the bulls don’t step in strong – and soon – or a buyout offer isn’t tabled in short order, we’re gonna have us a spill like we saw in ABBV just a fortnight ago.

And that could mean a lot of cash.

Before we take a closer look at the company, consider four years’ worth of weekly chartitude – 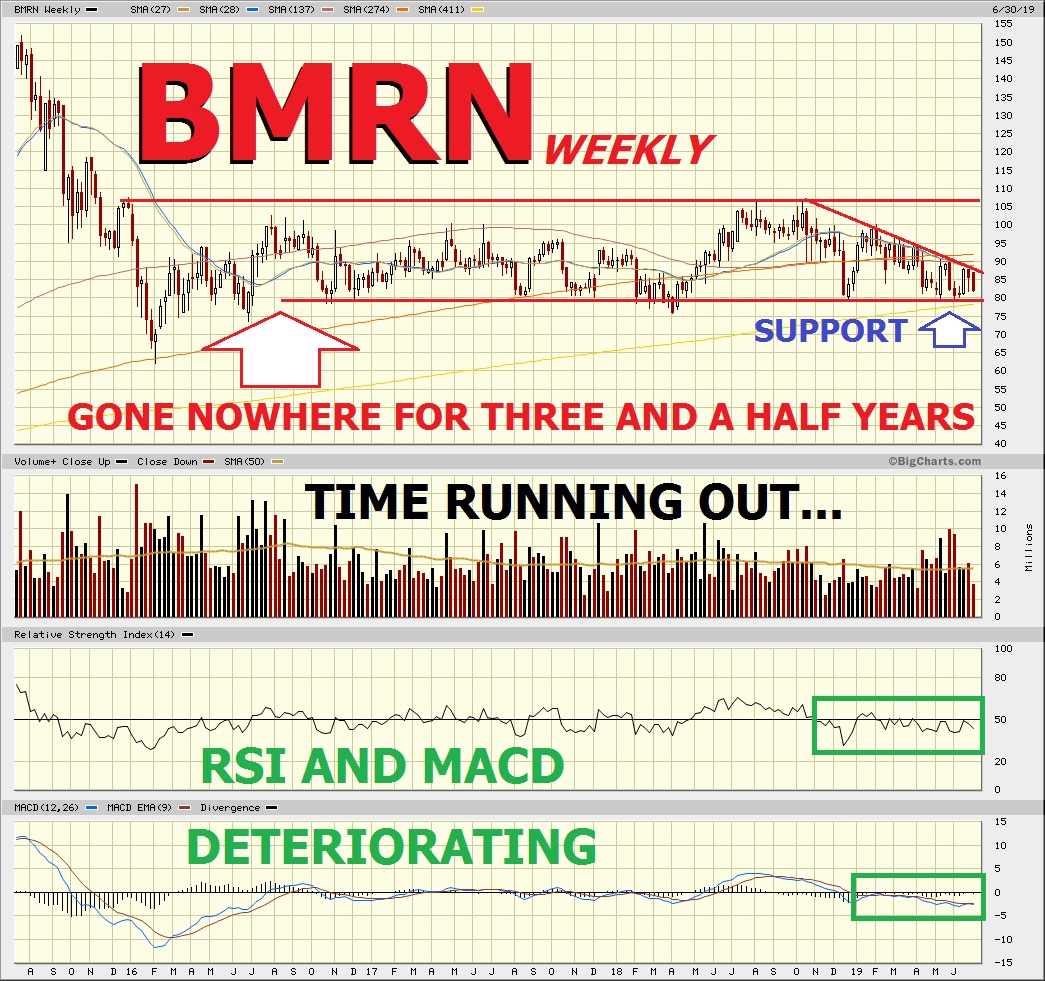 Nothing to write home about.

After spiking strongly in 2015, the stock declined to a range and has done absolutely nothing ever since.  That’s not a big plus from a company in the broader healthcare domain that has seen gains of 25% to 30% over the same period. 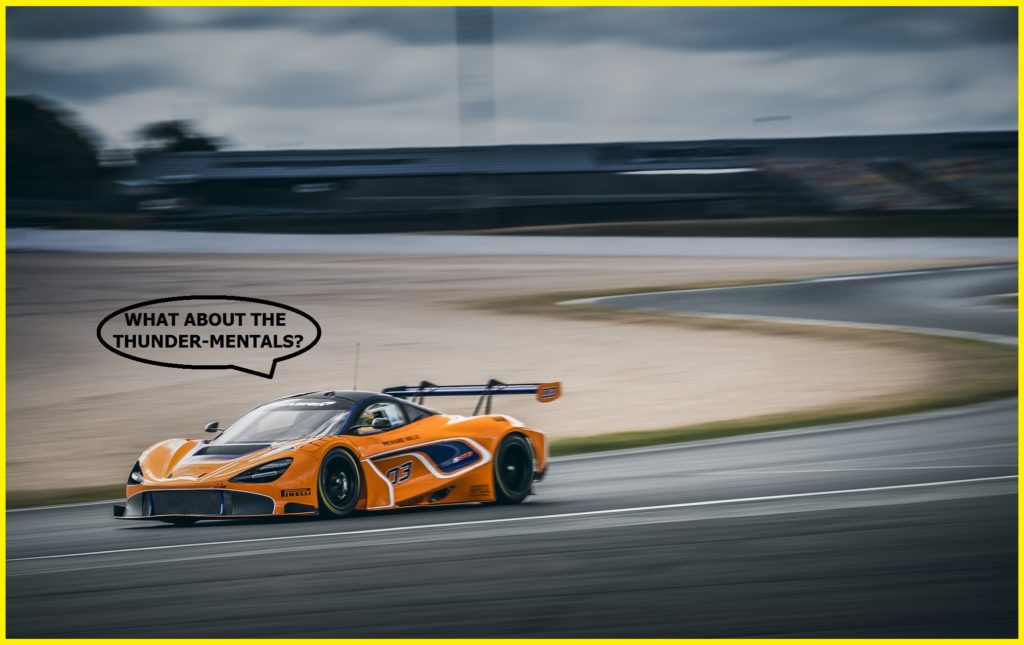 First up, earnings are scheduled to be released at the end of July, providing a possible catalyst.

That said, there’s nothing on the guidance front that would lead us to believe the stock’ll pop by 10% or 15% and escape the inevitable pain that awaits. 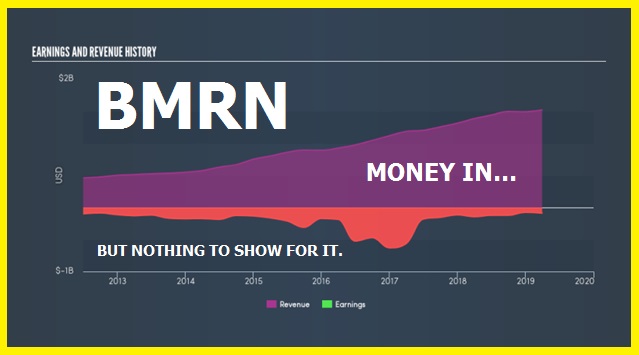 Plenty of cash coming in (in purple), but negative earnings in every quarter nonetheless (red).

Without earnings, of course, there’s no trailing P/E, but forward earnings estimates offer a P/E of 271!

Price to Book is five.

So How Do We Strike it Rich, Huey?

We’re going to trade Biomarin exactly as we did ABBV, against its broader sector ETF, in this case, 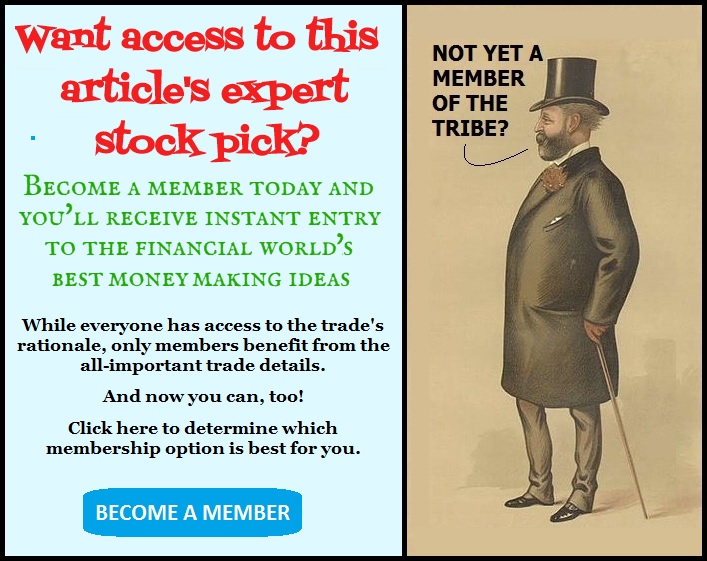 Next Post »
Technicians Alert: Golden Failure on the Investing Horizon?