Before we get to today’s masterwork of financial creativity, we have to address three trades.

The first is our TPOR/DUSL venture that was partially closed HERE but still has options open, both long and short.

To sum, we’ve got to set a single STOP buy order at 32 on TPOR.  That’s where we have a short CALL still open.

Important: should the CALL get triggered, you’ll have to reset a STOP sell order on the shares at the same level (32) in order to keep the trade square.  And if that order gets filled, a new STOP buy must again be opened at 32.  Ad infinitum.

An open STOP must remain at 32 until the trade is closed or we advise otherwise. 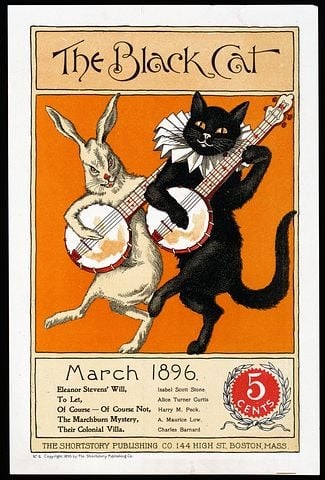 Next, our BITO initiative is up over 1000% and can be closed immediately for a huge whack of cash – if you decide to do so.

That is, if you went in with multiple units and feel it’s best to cash out – in whole or in part – we’ll cheer you on.

That said, it does appear that the stock still has some legs, so we are NOT exiting as yet.

That could be wise; it could be foolish; only time will tell.

Finally, we’re closing our FAS trade that was opened on July 18th in a letter called No Joke: Leveraged Banking Action Gives Us a Possible 33,233%.

Remember to CXL your STOP.

And congrats to Robin and Jared, who made a BIG sortie of this one. 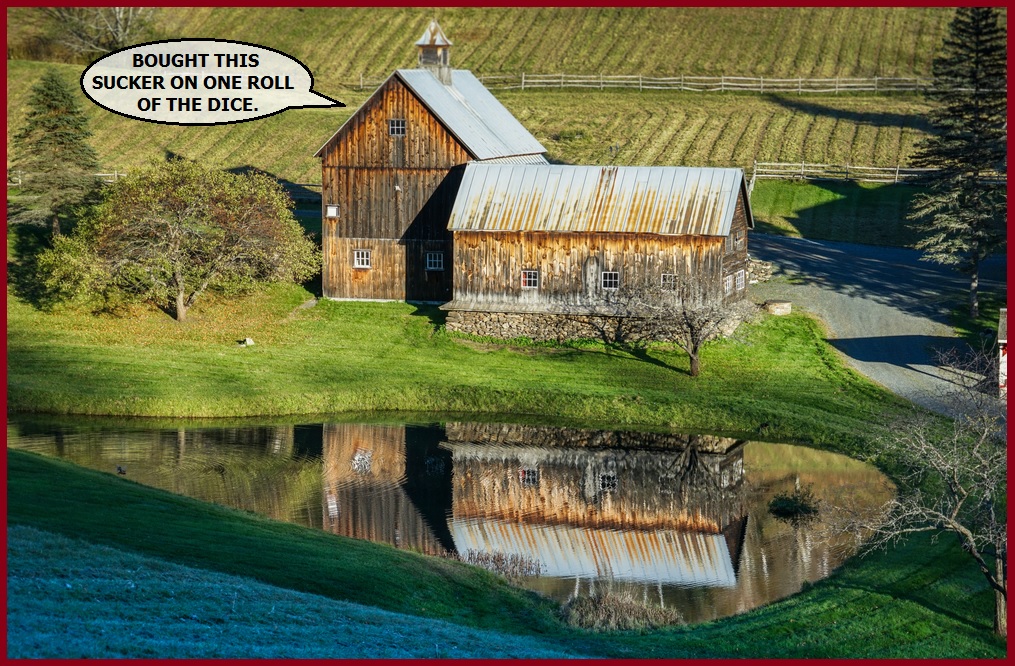 And now we move to today’s action on Eli Lilly and Co. (NYSE:LLY), who are set to announce earnings this Thursday (August 4th).

Analysts are expecting reduced earnings on slightly higher revenues when the storm lands.

And here are the key fundamentals –

Look now at the daily chart – 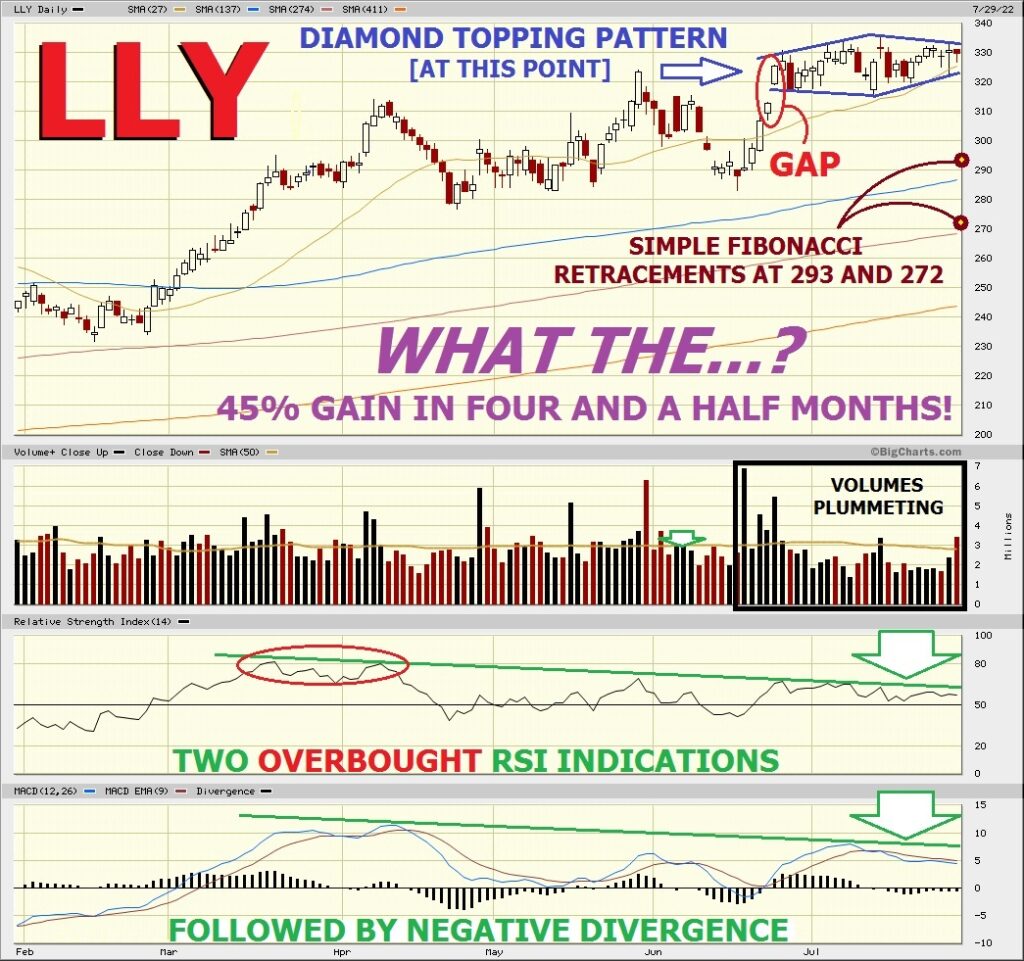 But our goal is not to play LLY solo; rather, we plan to match her against the Dow Industrials.

Have a look at how that pairing fares here – 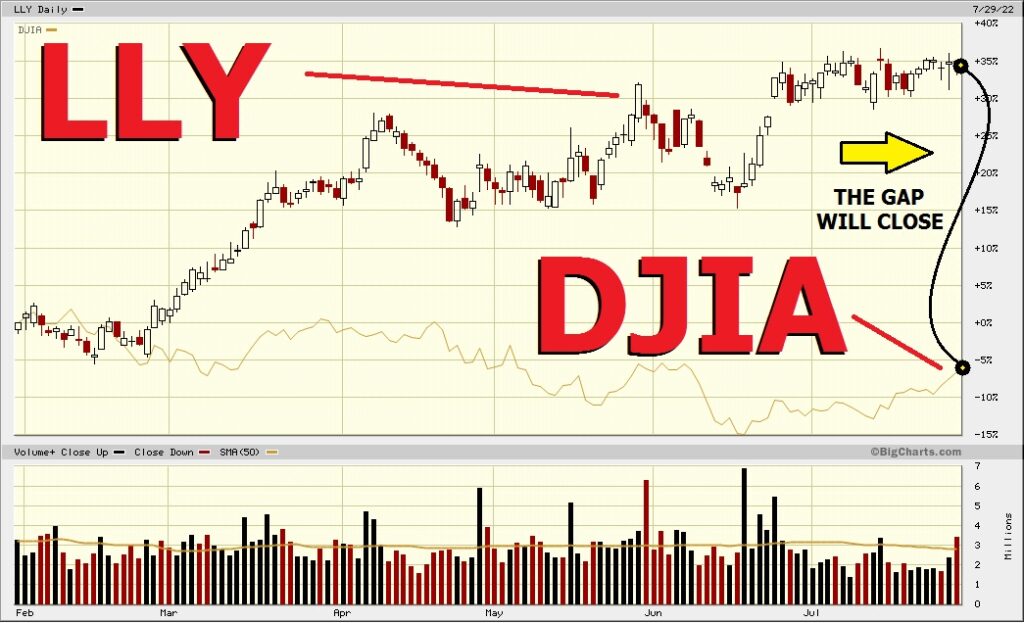 The two traded in tandem until the end of February, after which they went their separate ways.

LLY got giddy, and the Dow went yow!

But now we see a window for the two to begin closing the existing gap, and we’re playing it as follows (with the SPDR Dow Jones Industrial ETF)–

Particularly since LLY is showing signs of a top.

Beyond that, know that the possibility exists to go long/short here without using options – and if you have the guns to do so, you may want to consider it.  Just be sure you use STOPs, placing them according to your maximum pain levels.  DIA trades at $328.66, while LLY sells for $329.69.  One lot of each (long/short) would give you a credit of $1.03.

May the good Lord do as He sees fit, and may we find favor in His eyes.