Vengeance! Purge the Land! Burn the Evil From Your Midst! (XLP/XLE)

We’re closing down one trade today before moving into full Monday wallop mode.

There’s a great deal of uncertainty surrounding where markets may be headed in the immediate future.  Between upcoming central bank meetings, a G-20 palaver in Japan, UK Prime Ministerial pugilism and potentially market moving data on Friday, movement in both equities and Treasuries could be very sharp. 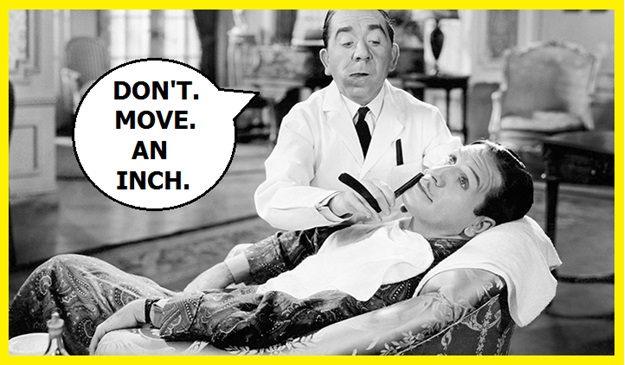 That said, we anticipated the options we recommended would already have moved profitably by this time, and they haven’t.  So we’re wasting no time.  And taking no chances.  With the current fickleness on the trading floor, we prefer not to be caught off guard.

The TMV CALLs now sell for $0.48 and the DIAs go for $0.55.  Sell the former, buy back the latter, and you lose exactly seven cents on the pair.  Less the credit of six cents you pocketed on the open gives you a net loss of a penny.

Call it break even, and let’s move on. 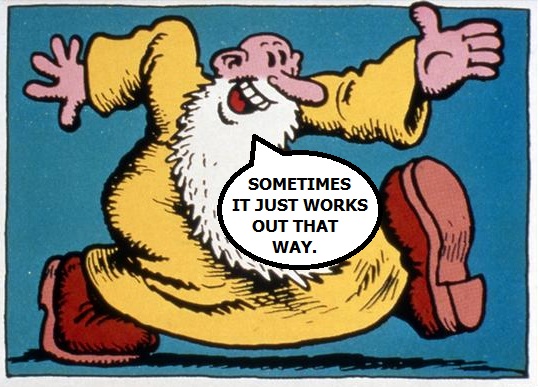 And Now For The Natural Portion of Our Show!

Market movements since the New Year have been geared increasingly toward escalating trade wars, an expected global economic contraction, a tense Middle East (and its oil interests) and the vagaries of just who’s prepared to buy equities – outside of corporations themselves.

It’s meant, on the whole, that less risky alternatives have predominated – utilities, REITs and staples – while the rest have flagged.

But one area that has been harder hit than most is the energy sector, where the price of crude has declined some 30% since trade tensions mounted last October.

It’s a phenomenon that can’t persist much longer, in our view, given the realities on the ground vis-à-vis Iran, where our intelligence points to some sort of crisis – if not outright hot belligerency – in the months to come.

More than that, the fever in China’s economy is growing, and unless President Trump wants the rest of the world to catch a stroke, he’s going to have to ease that step-over arm lock he’s got on Mr. Xi and give the rest of the planet a bit of breathing room. 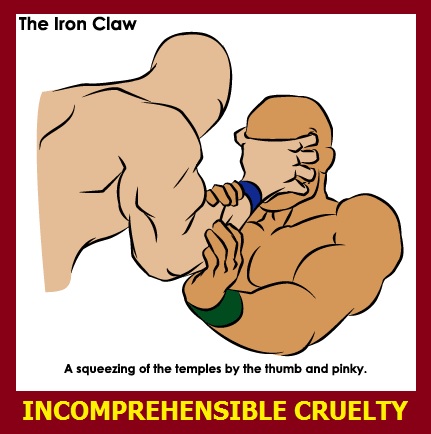 We don’t suspect that it will take too long.  Hot summers have a way of bringing everything to a head.

So how do we play it, Huey?

This is a chart of the aforementioned safe haven consumer staples sector, as represented by the Consumer Staples Select Sector ETF (NYSE:XLP), plotted against the Energy Select Sector SPDR ETF (NYSE:XLE) since January. 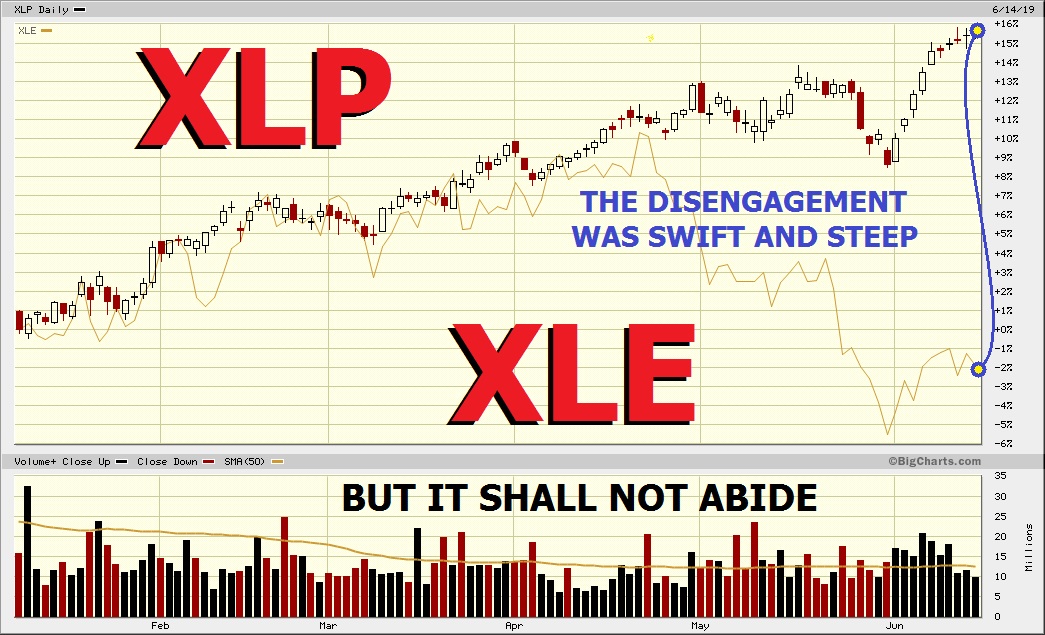 The divergence was whiplash fast, and due to the rush for safe haven cover, it was also overdone.

We believe the gap will close.

And we’re trading it as follows…

A Jew and His Money recommends you consider going long/short on the stock of these two ETFs.  Buy XLE, currently trading at $61.22, and sell XLP, now trading for $58.95, in equal lots, for a total debit of $227 per lot-pair traded.

You profit from any outperformance of oil over staples.

Next Post »
Genocide From the Right Side of the Brain

3 responses to “Vengeance! Purge the Land! Burn the Evil From Your Midst! (XLP/XLE)”