We’re not playing favorites here; that only leads to fights.

But we do have a very strong… hunch, shall we say, that we’re about to begin a second bounce higher.

It’s still a day or two away, but it’s close enough to be tradable, and that’s why we’re posting it today. 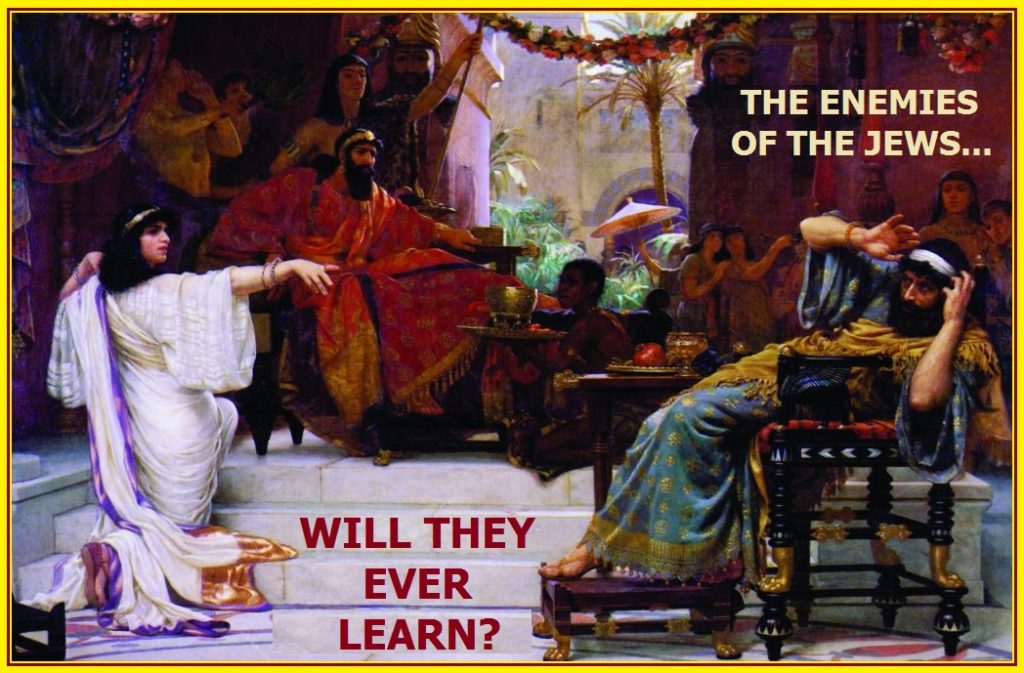 That said, Dow futures are down 1200 points pre-open, so we’re obliged to make the following two-part announcement before we go to press.

The first relates to timing, the second to actual moves on the indexes.

The holy Jewish holiday of Purim begins on Monday night/Tuesday [giving way to celebrations in Jerusalem on the following day] and commemorates the Jews turning the tables on their evil enemies and enjoying a robust, two-day killing spree across the Persian Empire some 2500 years ago.

Proper permission was obtained, of course, from the King, Ahasuerus, before the knives were drawn and the blood flowed freely – as the book of Esther casually details.

And a great sight it was!

The Hebrew term nahaphoch-hu is invoked to describe the day and its events – a term that’s variously translated as ‘revolution’ or ‘reversal’, a ‘turning of the tables or tide’ and the like.

And because that joyous day falls so close to what appears (according to our indicators) to be a short term bottom, we’re going all-in and figuring the G-d of Israel will decree a nahaphoch-hu in the mid-week trading sessions this week. 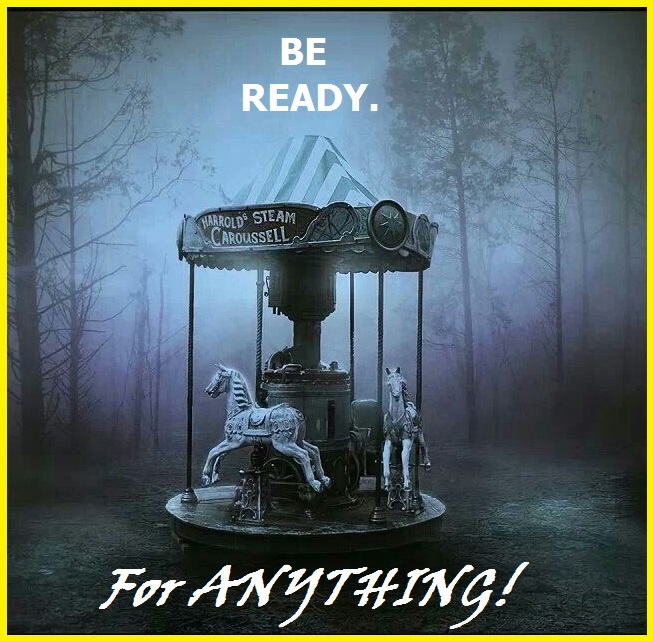 The G-d of Israel Decides All

We’re not being whimsical or cavalier when we suggest this, either.

It’s very common for major geopolitical events to align precisely with the Jewish calendar, and we’d be remiss if we didn’t anticipate market events conforming with the annual cycles and patterns that the Holy One of Israel established at the dawn of creation.

It is an inviolable rule that every season and date possesses its own unique spiritual energy.

So it follows that this Tuesday and Wednesday possess the energy of reversal.

By the way, it’s also quite possible we’ll see a “revolutionary” action on the part of the American financial authorities – perhaps an outright closure of the NYSE due to the spread of the Coronavirus…?

II. Movement on the Index

Reversals are one thing – catching falling knives quite another.

We’re not suggesting that the Dow, S&P 500 or NASDAQ have put in definitive lows and will be ratcheting higher toward former highs by week’s end.  It’s rather likely that at today’s open the former lows will be taken out.

What we’re far more confident predicting is that volatility is currently peaking, and that even if we see lower lows today and tomorrow, VIX and VXX readings will not move significantly higher.

In fact, from the indications we log on a daily basis, it’s very likely volatility will be lower by this Friday’s close. 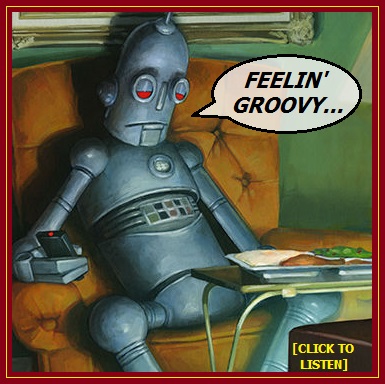 A look at current sentiment numbers also confirms that fear is peaking.  The news – though bad – is not as panic-struck as the lead-up to coronal landfall in Washington State last week, and we already hear voices reassuring us that, yes, it’ll be bad, and that, yes, we’ll need to take some drastic measures, but we’re not all morgue-bound. 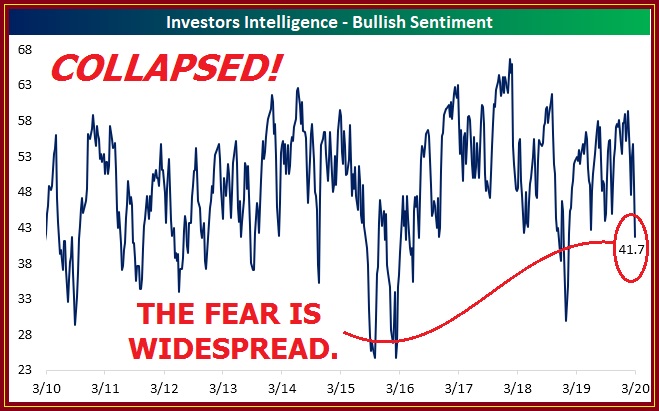 This is the Investor’s Intelligence Bullish Sentiment chart for the last decade, and as you can see, the weekly reading just buckled.

Investors Intelligence is a survey of newsletter writers (like ourselves) that offers a contrarian indication when readings are extreme.

Put it this way – they’re extreme enough to get the White House and the Fed and major brokerages sweating buckets.

And that’s all we need.