We’re following up on Matt McAbby’s call from last week in the homebuilder sub-sector by zeroing in on the lumber producers themselves – a group that has profited wildly from a significant increase in wood prices, and that we believe is now looking a tad pricey. 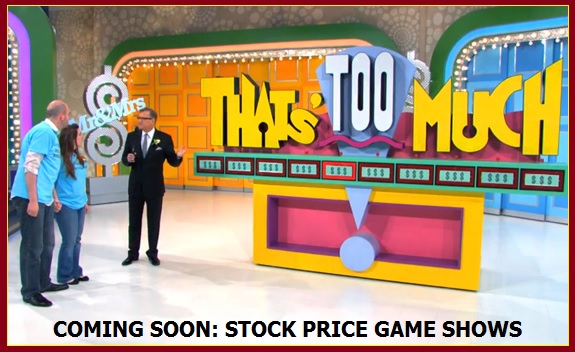 The security in question is one called UFP Industries Inc. (NASDAQ:UFPI).

Based in Michigan, where they know a thing or two about trees, UFPI just announced its best-ever quarterly earnings last Wednesday.

The numbers were outstanding, but, apparently, the news was baked in, because the next morning the stock opened 9% higher, only to drift lower for the rest of the day, managing less than a half percent gain on the session.

And The Tale Was Told

The market was not impressed by the action.

And we’re venturing that broader weakness in the main indices will bring about a trip-wire spill for UFPI in the coming weeks.

According to her latest literature, UPFI “supplies wood, wood composite and other products to retail, industrial and construction markets” in North America, Europe, Asia and Australia.

And that’s an honest business.

We would only add that lumber prices have seen a roughly 25% increase over last year, and that has accounted for the vast majority of UFPI’s latest earnings “health”.

The Biden infrastructure news is now priced in, the speculators have made their bids, we’ve had several lumber limit-up days in the last couple of weeks – and that, we believe, spells the end. 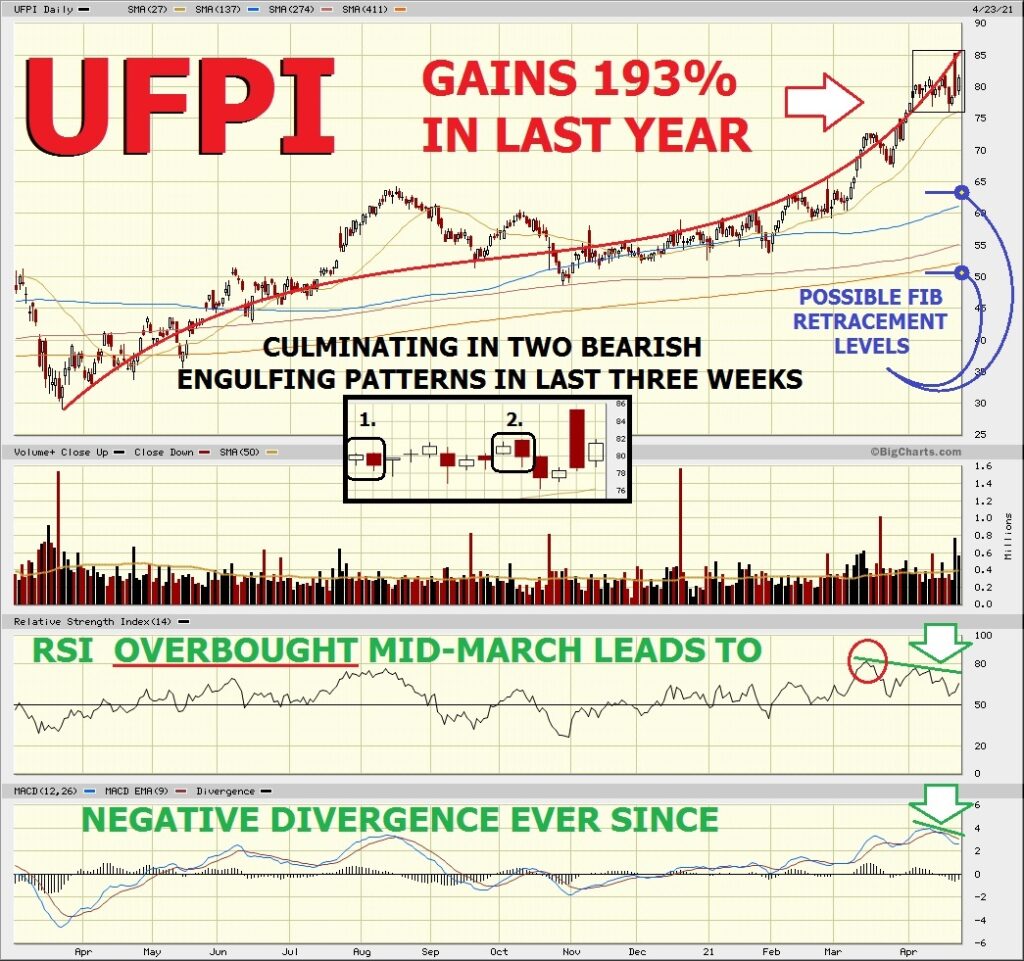 The sparks are everywhere, friends.  And the wood is likely soon to catch fire.

Rationale: with a decline fast approaching, we like the 65 PUT because it aligns with the Fibonacci retracement and a likely meeting with the rising 137 DMA.

The chance of another 10% rise (past 90) feels unlikely, as earnings are just now behind us, guidance is in, and the stock is struggling.

Our maximum gain on the trade is UNLIMITED.

Our maximum loss is $0.30 (with proper STOPs emplaced).

However, we’ll most likely close out the pairing long before then, as the stock declines and the PUT’s value begins to dwarf that of the CALL.

In our estimation, it shouldn’t take too long.