This one goes out to long-time subscriber (and sometimes PROP trader), MT, who’s pushing us to go against our better instincts and take on the semiconductors.

Now, it’s not normally our fancy to tackle tech-related issues in an environment like this, but perhaps the old-timer is correct here – maybe it is wise to stick a fork in it and see if it’s ready. 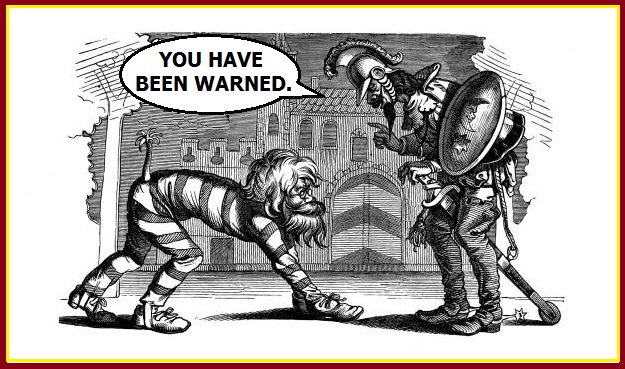 The semiconductor sub-sector is going through some trying times.  It seems there’s demand, but no supply – for a number of reasons that we won’t delve into here.

As far as a trade is concerned, though, the relevant facts are as follows – between the Batflu and geopolitical maneuverings in the Far East, suppliers are not geared for production at required levels.  And it doesn’t appear they will be for some months hence.  That’s thrown supply chains and fixed orders into a tizzy, with industry re-gauging from whom they’ll be buying, how much and when.

In such an environment, it pays to go with the least stable player in the market – if your goal is to short, that is. 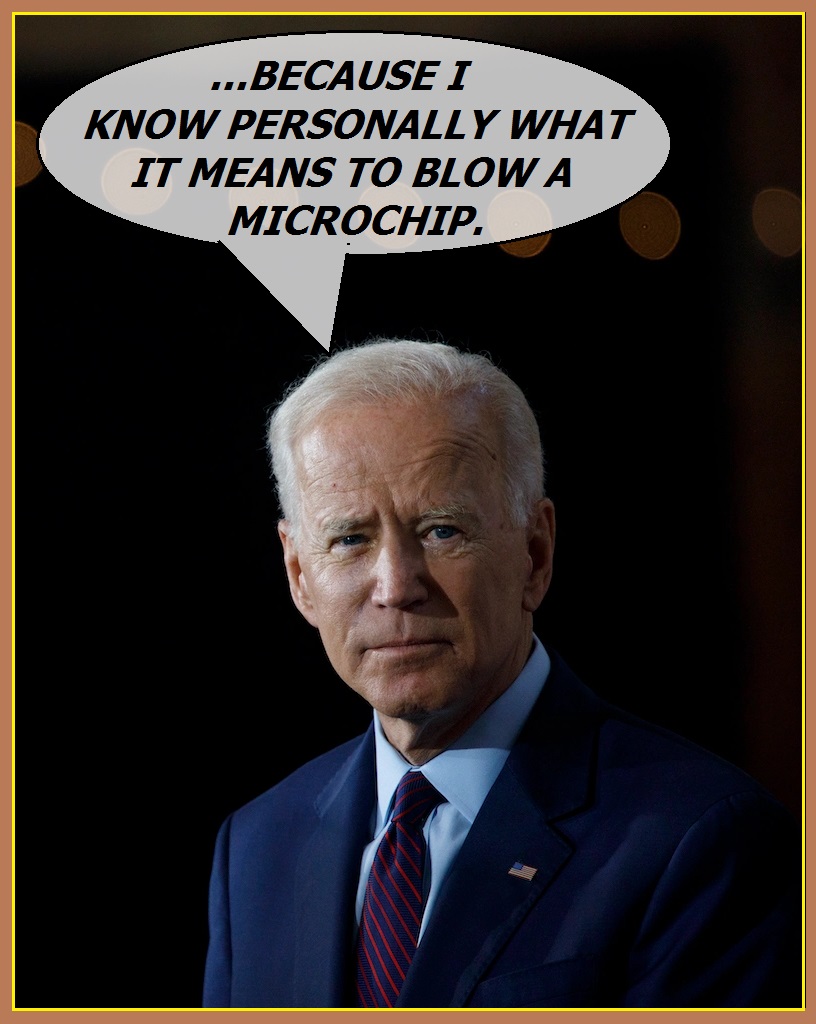 Our prey today is Taiwan Semiconductor (NYSE:TSM), whose shares climbed an incredible 60% in the two months prior to their all-time high of 136 hit January 20th (see chart below).

The rise in price came amid a ‘full-steam-ahead’ battle cry from the company to catch up with the above-mentioned demand, and which will require tens of billions in new investment to bring on the needed capacity.

But she’s gone too far…

That said, shares of TSM are now priced to perfection – we say – and that means it’s time to work the downside.

But it’s really through the charts that the full picture gets sketched.

Have a look at the daily, to begin – 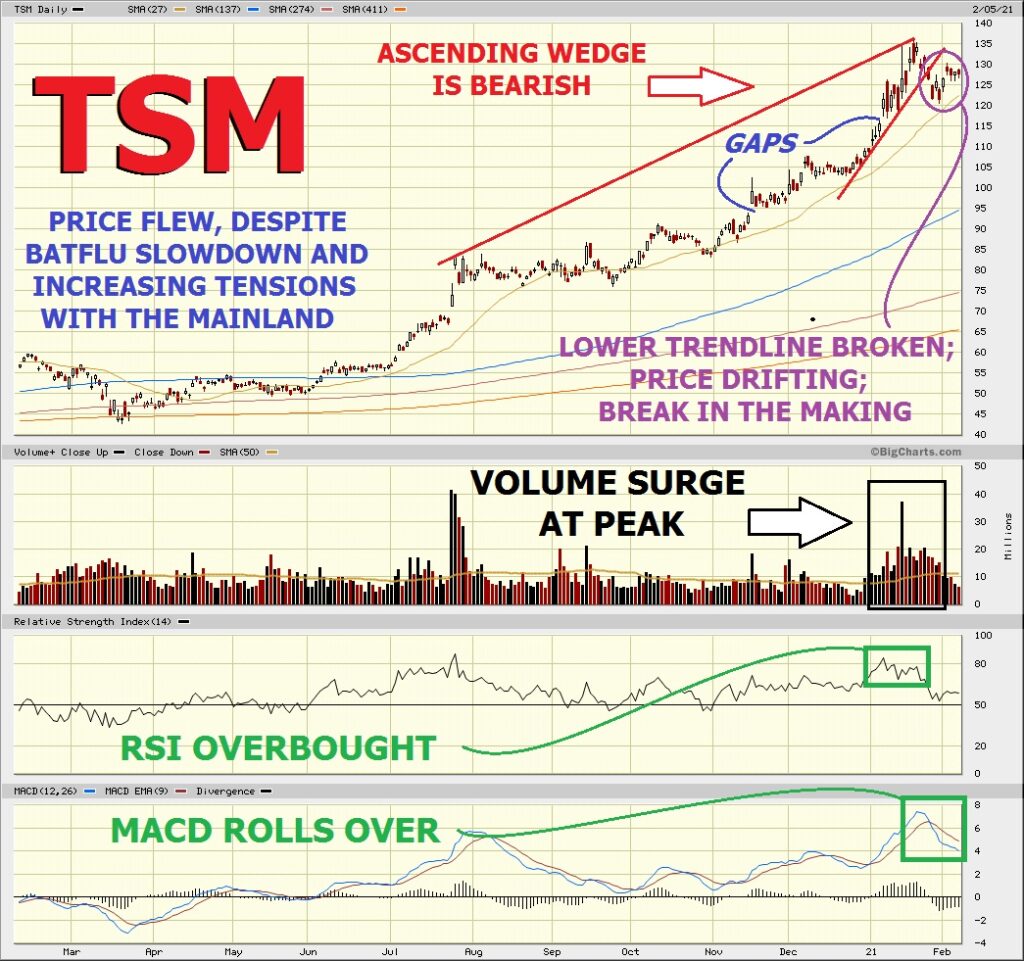 And if that wasn’t damning enough, weekly and monthly indicators are also on fire. 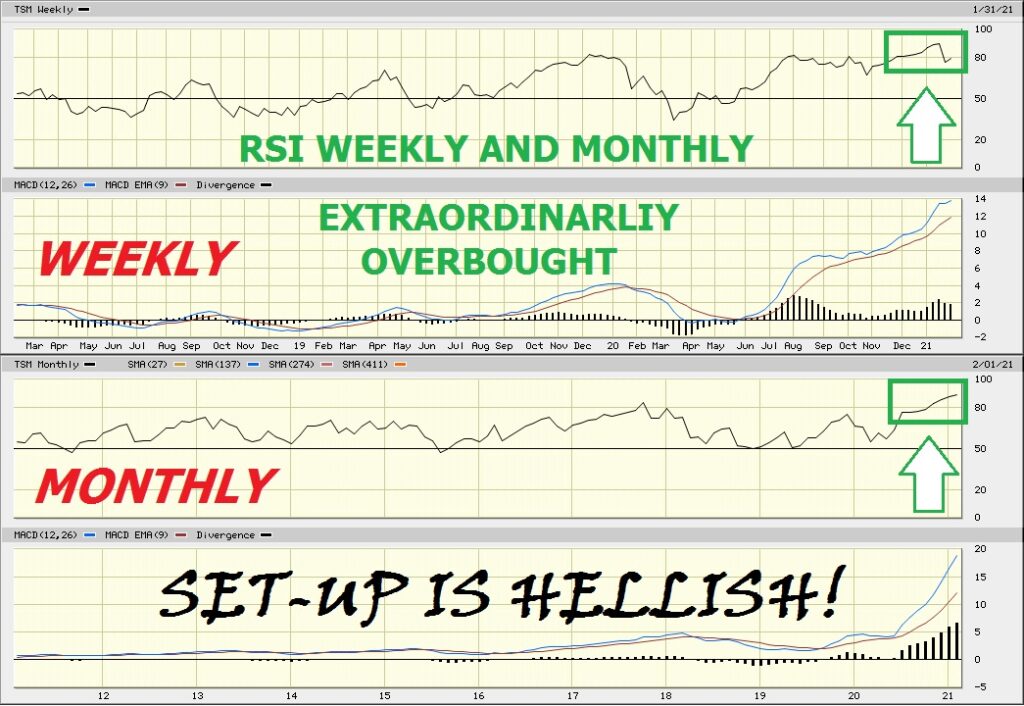 As you can see, we have wildly overbought conditions in both – the perfect set-up for a ‘chuteless ‘Geronimo’ from a Sikorsky CH-53 Sea Stallion.

The trade is speculative, both because we’re loathe to call it anything else when it’s tech-related, AND because full profits can only be booked via a considerable move lower.

Rationale: With potentially significant downside in the offing, a spread purchase allows us to cash in big for very little.

Maximum loss on the trade is limited to the initial premium – $2.26.

Maximum gain is $7.74 (difference between the strikes less the initial debit).