As we move through these Ten Days of Repentance and pray for the Creator’s mercy, we warn our readers that the coming year will not be easy.

As Alan B. Harvard will be discussing later this week, the year 5781 will be fraught with challenges for the entire planet.

Stay tuned for his exegetical take-down in the next issue of Climbing the Wall of Redemption.

And get all your friends to sign on to the blog. 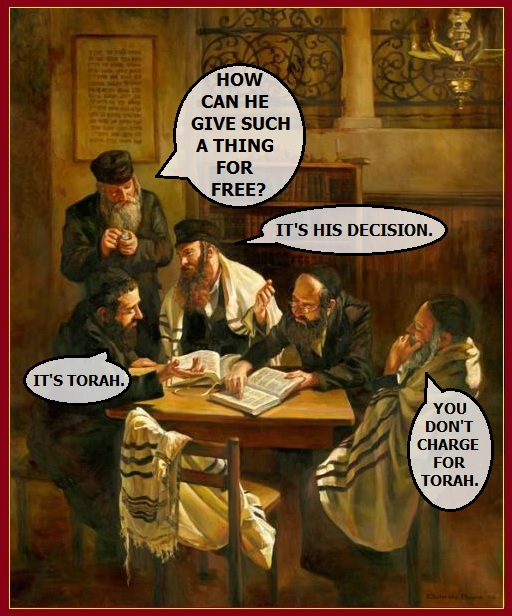 Before we start, we’ve got cash on the table.

So let’s bank it.

And congratulations to Marco ‘the Bear’, who went in large. 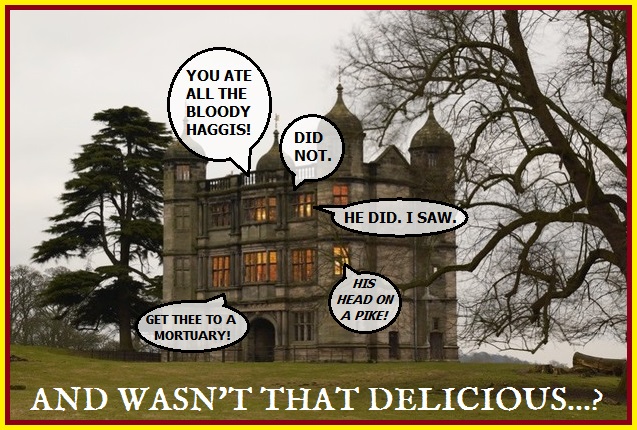 Today’s trade comes from the Great White North, where wily subscriber MT has suggested we look at NVIDIA (NASDAQ:NVDA), the self-described “visual computing” company, as a possible trade candidate.

Offers a mouse-like dividend yield of 0.13%, and

Not great numbers, at all, for a legacy tech outfit. 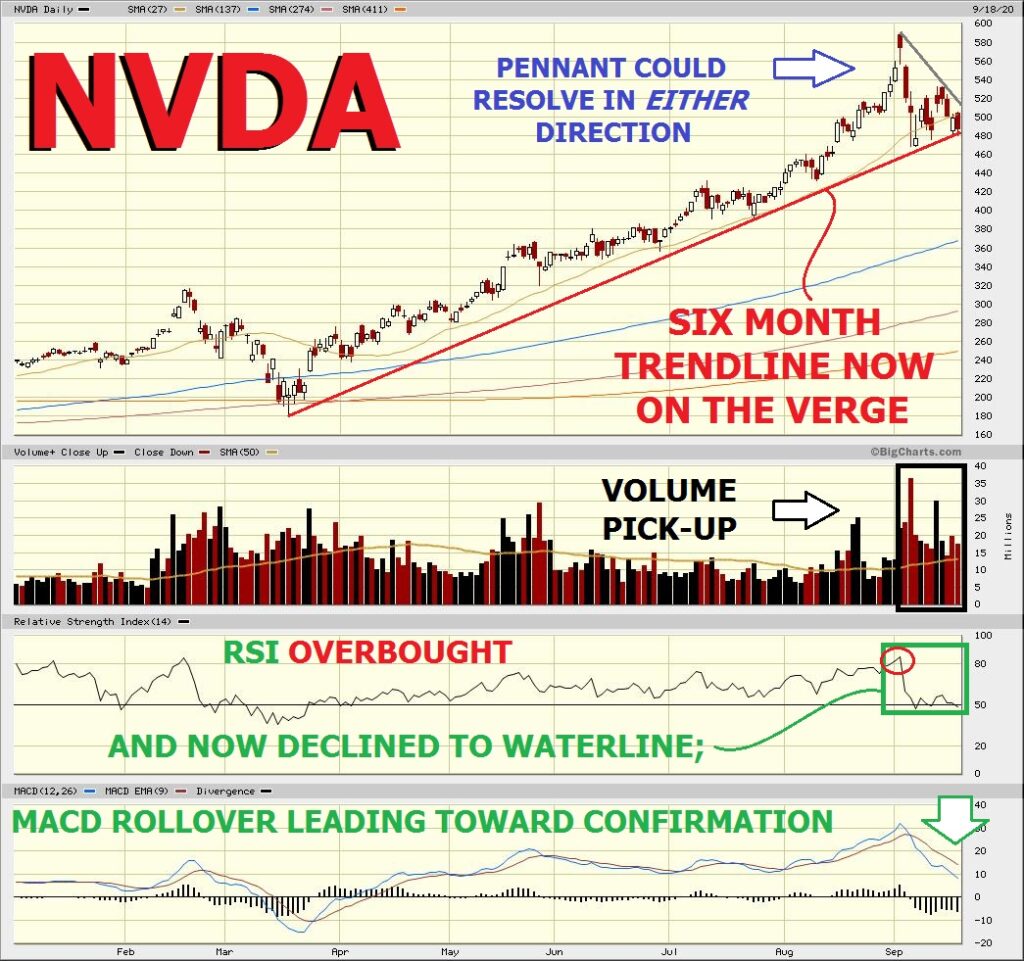 This is the daily paste-up from January 1st –

The current pennant formation (in blue) is normally considered a ‘continuation’ pattern.  But whether that means the batflu bull is still in effect, or the more recent decline will proceed apace is not yet known.

Given the rest of the technical picture, however, we’re fairly confident NVDA is just days from a breakdown that could carry as low as $400 before stabilizing.

And the weekly chart only adds gloom to the ruinous flop that we foresee. 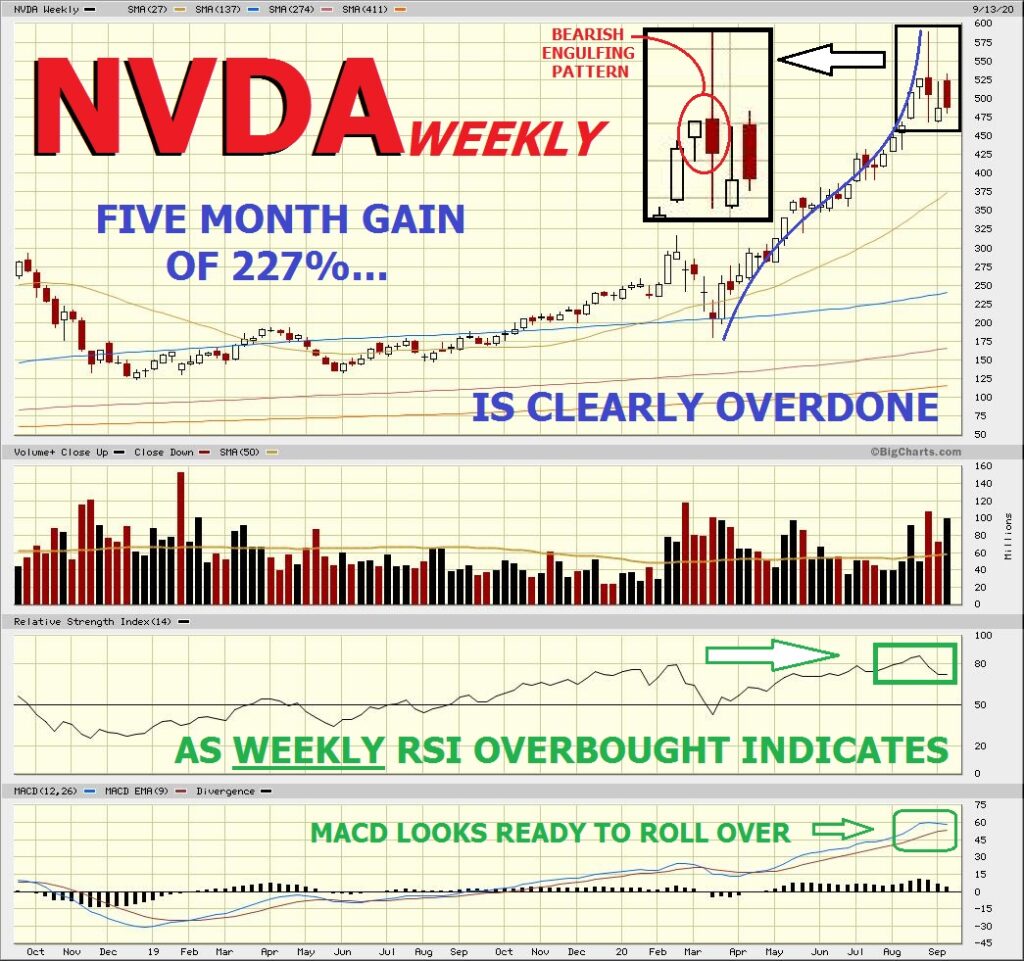 Rationale: the trade is based on an expected decline in NVDA shares over a relatively short period.

Our regular long/short calendar straddle has been modified, however, to give a directional bias to the trade.

With NVDA currently at 500, we’ve selected the 470 strike, with the expectation that by week’s end (September 25th expiry), NVDA will be very close to that level and the value of the short straddle will thereby be significantly minimized.

Stay tuned for updates throughout the week.

Next Post »
Cast Your Burden on Hashem; He’ll Sustain You (WPM/GLD)