There are a few reasons we don’t worry about the market moving into crash mode from here, and we’re now going to share them with you.

Call it the ‘War of the Worlds’ phenomenon, where the panic is general, the hysteria’s been lit, and there’s absolutely nothing behind it.

The market is a less than 5% off its all-time highs, and no one is interested in buying it.

Look at the AAII Sentiment numbers – 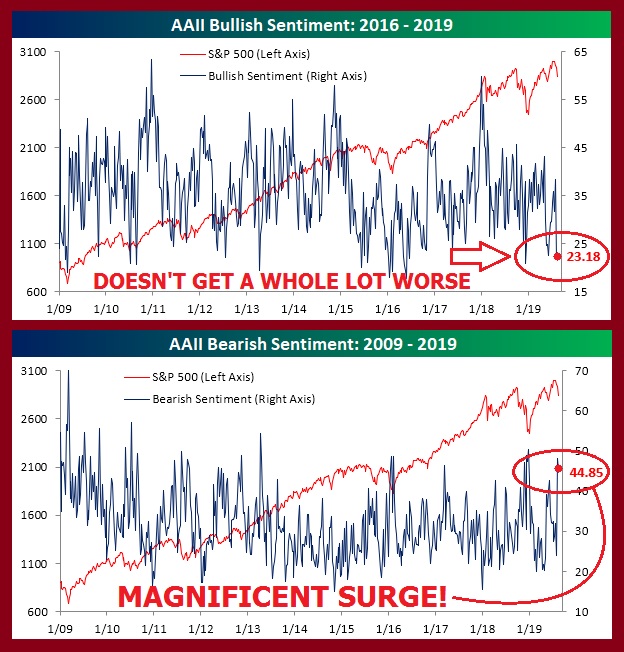 Since the bull market began in March of 2009, bullish sentiment (upper chart) has been worse only a half dozen times.  And, again, we’re just shy of all-time highs.

But more than that, the surge in bearish sentiment (lower chart) should also be taken as a contrarian indication.  At more than 20 points above the bull reading, it’s signaling a pick-up in buying in very short order.

Indeed, the news is the second aspect of the story.

In plain English, the wall of worry is as steep as it’s ever been, and is built upon –

When the news is this bad, and its distraction-value is literally off the charts, there’s nowhere for the market to go but up.

The third and final leg of the stool upon which our bullish prognosis sits is MAGA.

As we’ve discussed here many times, MAGA is not just an election slogan.  MAGA is also part and parcel of the final redemption of the Jewish People and the long-awaited deliverance of the planet.

The final piece of the redemption puzzle involves America achieving absolute bragging rights.  The US must clearly sit at the top of the heap and be accorded superhero status by a begrudging group of nations.  It has to scale the heights of arrogance and pride, before it’s finally tackled Butkus-like and revealed as the murderous and cowardly rapist and pedophile schemer it always was.

That is, there’s a spiritual aspect in play now that Sir Trumpentwitter has taken over the reins.

America’s final ascent – Esav’s Hail Mary, as it were – will result in an extraordinary last-second touchdown that wins the world championship and confers historically unprecedented honors on the red-haired elder twin.

While at the same time, Isaac is brought low. 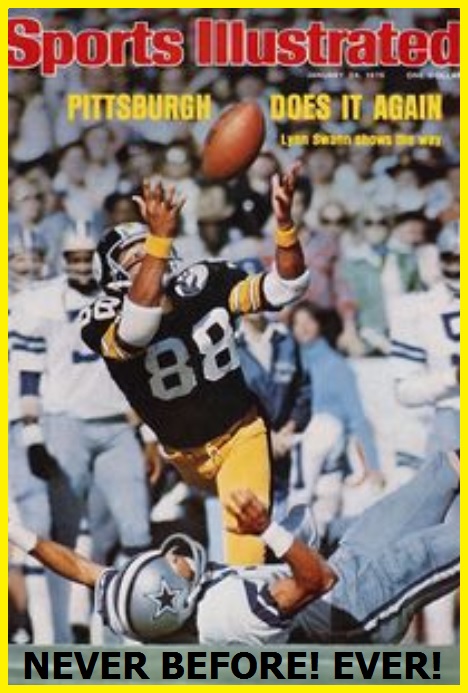 And then it’ll all reverse.

But until that final hour – of which we’ll have a great deal more to say in coming letters – the market must rise, because that’s perhaps the most important barometer of Esavian greatness there is.

And for that reason, we, as specula-vestors must maintain a bullish bias on the market and soak up all profits on offer until the day that Esav’s head is once again knocked off his shoulders by the deaf grandson, and Isaac takes his pride of place – for good.

Dreaming of temples and millennial wars, we remain