We’re not going to detail all that needs to be known about Dow Theory here – there are plenty of tutorials and explanations, long and short, to be found elsewhere on the web.

What we do aim to provide is as much of the basics as you need to make an informed decision on whether the downdraft that began last fall is complete.

And we start with a long term chart – 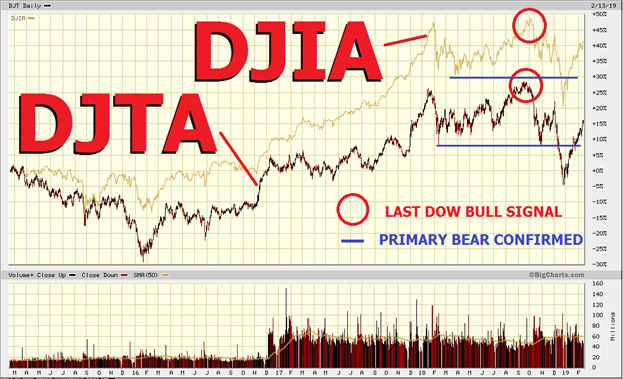 This is the Dow Jones Industrials and Transports for the last four years.  As you can see, since January, 2016 we’ve had numerous bullish Dow confirmations all the way up, with the last top for both averages occurring this past September (circled in red).

After that, as you know, things turned nasty, with both indexes breaking below their prior retracement lows in December (shown in blue).  According to Dow Theory, those breakdowns signaled a confirmed change in the primary trend, from bullish to bearish.

And that’s where we stand today.

Not so fast, Telly.

Since then, a sharp V-bottom was recorded, and we’ve seen an extraordinarily steep rally higher through February. 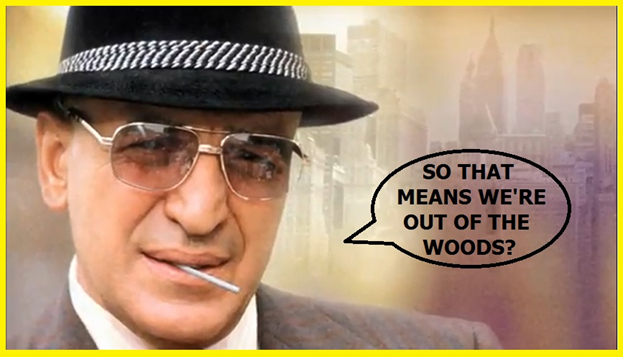 Well, according to Dow Theory, yes and no.

On the one hand, strict Dow Theory maintains that a primary trend reversal remains in effect until an opposite reversal trumps it.  That is, the bear signal that was indicated when both averages crossed below their respective blue lines back in December is still in force and won’t be nullified until both averages are able to best their respective all-time highs set in September (in red).

Dow Theory also posits a “50% principle” that stipulates that what the averages do at the 50% retracement line is significant.

And that, for the bulls, is encouraging. 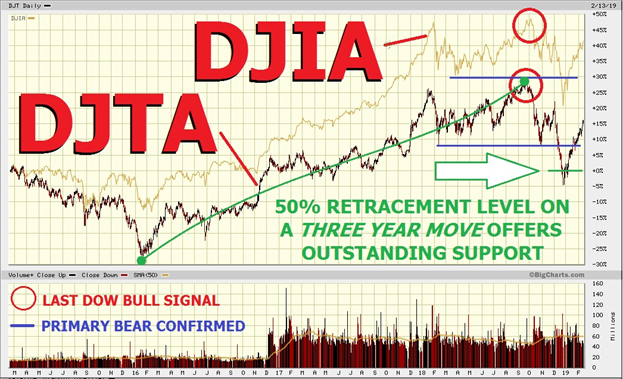 After a 32 month, roughly 5000 point climb, indicated in green, the transports retraced exactly 50%, muddled about for a week, then shot higher by better than 15%.

And that’s a very strong showing.

Had they got stuck at 50% and turned lower, we’d be full-on bears at this point.  And though we’re not out of the woods yet, the danger has receded significantly.

Moreover, we see that the Dow, whose decline was shallower than the Trannies, has now ascended above all her salient moving averages and now looks poised to challenge her former highs set in September. 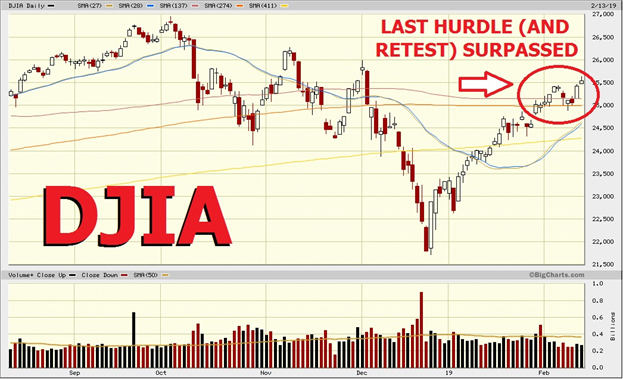 The chart highlights the last six months trade in the industrials.

What happens next, of course, is only the Creator’s to know.  But being the oddsmakers that we are, we’d have to assume that the intermediate move off the late December bottom is not yet complete.

There may be some play in the 20,000 to 25,000 area over the next couple of weeks, but we see little reason not to move bullishly in the months ahead.

To repeat: a Dow Theory bullish confirmation will only occur when both the industrials and trannies post new highs.

But we see little reason to wait.