We’ve spoken far too much about Facebook’s role in the current bull market, dubbing it everything from ‘the poster child’ of the current equity bull to ‘the world’s biggest time-waster’ to ‘the ultimate symbol of the corporate and market reality in which we currently reside’.

We’ve discussed the company’s contribution to the statist security machinery that now profiles everyone with impunity and sells that information at a premium to both governments and retailers.

And with that in mind, we also added the moniker ‘friend of spy agencies and oppressive regimes worldwide’ and ‘the informer’s stock non-pareil’! 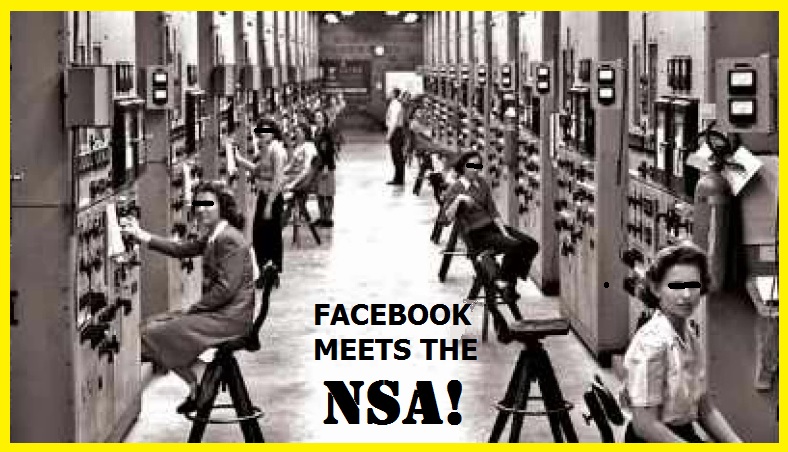 But is Facebook’s role still so central to this market?

Or has it lost its cache?

Is it still the case, as Matt McAbby intoned back in the spring of 2013, with the stock still trending in the $25 range, that “As goes Facebook, so goes the world”?

McAbby may be known for his witty, hyperbolic turns of phrase, but there’s no question he’s been dead-on right.  A look at the company’s weekly chart since inception speaks directly to the fortunes of the broader equity market. 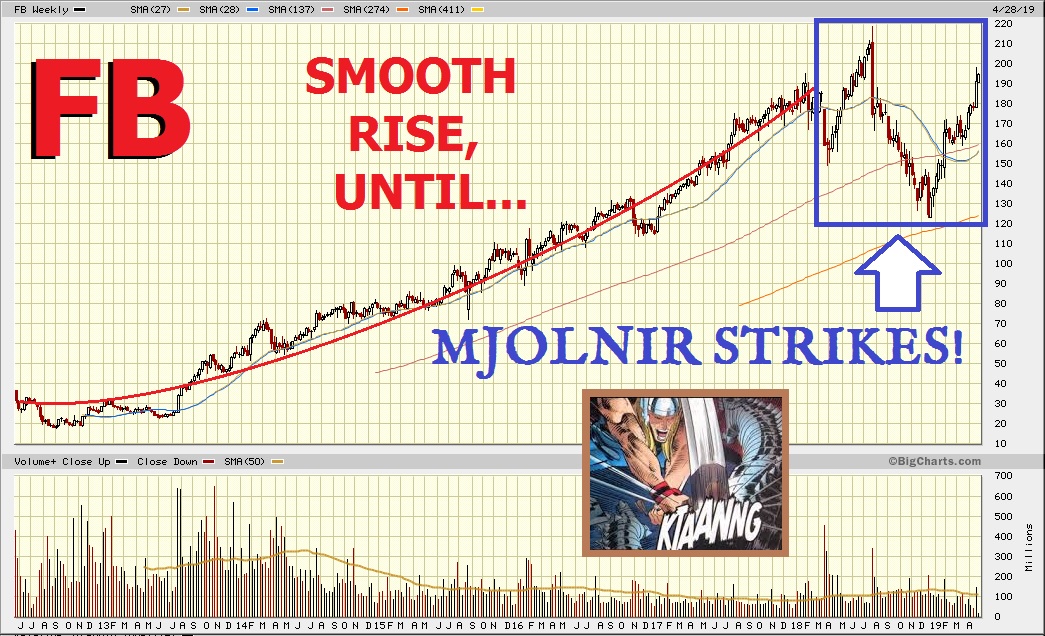 But Facebook’s 2018 stock performance was as much about politics as it was earnings.  Everything these days is about politics, of course, but the question of whether Facebook is a publisher or an innocent ‘platform’ for the masses was at the core of the company’s legal and regulatory vicissitudes over the last 12 months.

But with the stock’s latest push toward former highs, all that seems to have passed.

Now Facebook is looking every bit emblematic of the broader market, and, as Matt McAbby prophetically wrote some six years back, the company’s shares –

Will [eventually] lead the broad market to stratospheric, oxygen-deprived heights, making a mockery of all traditional, fundamental valuations on its way – and very likely not a few of our more revered technical metrics as well.

Last week, Facebook beat on both revenues and earnings, emphasizing the success of its ‘Stories’ news feed, as well as a shift to new ‘privacy’ oriented products.

The stock skipped higher by five percent on the day and is now consolidating.

We have few qualms recommending FB shares to remain the leader of the stock pack, even though we have little time for the product itself, don’t believe it in any way enhances the lives of those who do venture its popular portal, and stand by our nomination of the company as the world’s biggest time waster. 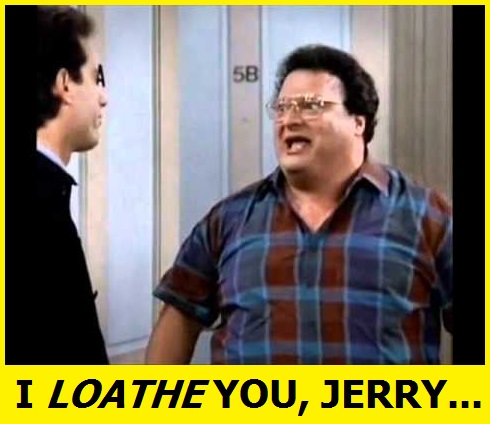 And if you’ll permit us the indulgence – there’s simply no stock on the planet that so embodies the sickness and boredom of an economy and culture that’s based on nothing but marketing, marketing, marketing and is so representative of the pernicious tie-in between corporate interests, big government and its assorted unaccountable spy agencies.

And that brings us to the prognosis portion of the show – what will happen to FB stock in the intermediate term?

A look at the daily chart is instructive. 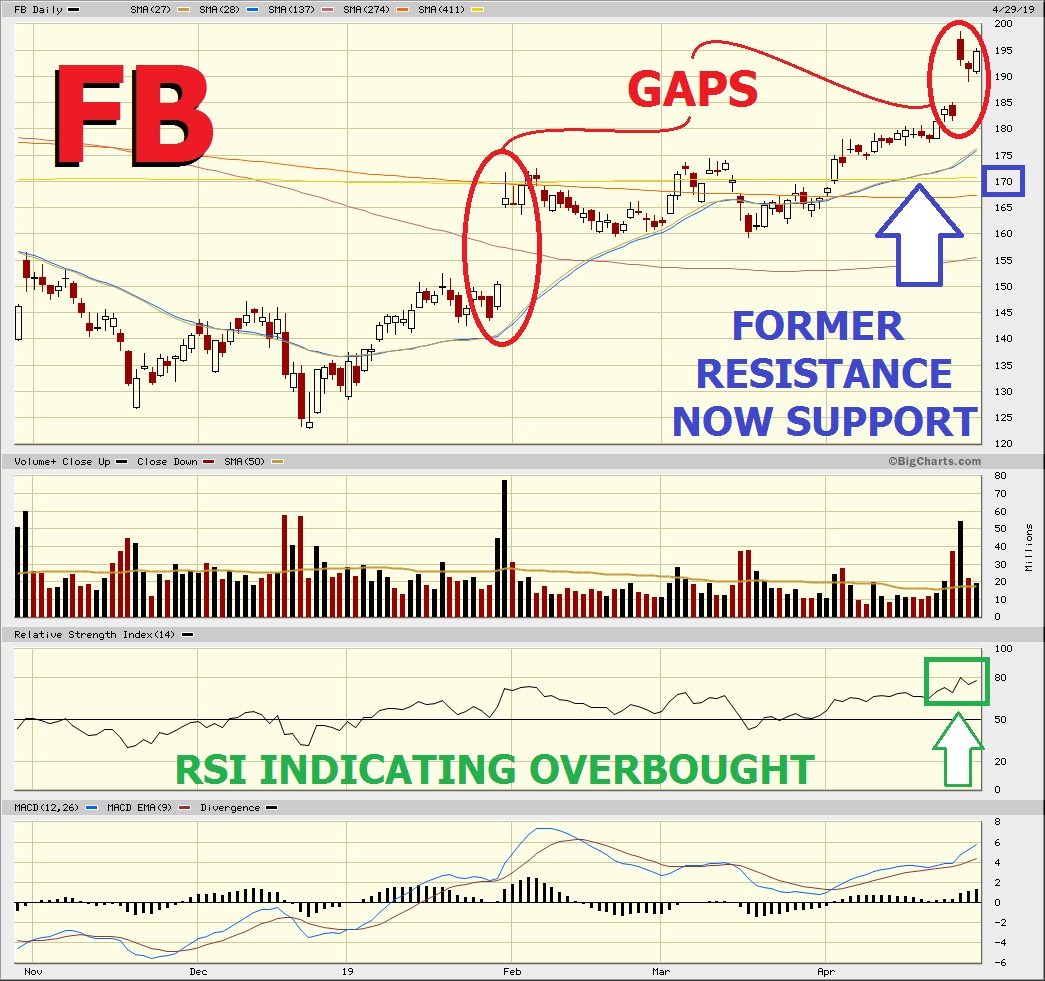 The 185/190 gap is also situated above the bunched moving averages at 170, and it’s to that level that we believe a retest of support will likely occur (in blue).

Until that happens, however, we’d be reluctant to take a long position on the stock, especially considering the hairline overbought condition that was registered over the last few days (in green).

Once that happens, feel free to get on board again for your final run to the peak.