It’s not often that we opine on gold, in general.  Sure, we’re as keen as the next Jacques to make a trade in the precious metals when one avails itself, but just to go off and rant about it… well, that’s something you usually find from the likes of Kitco News, where you can literally get an up to the minute play-by-play on gold’s every jot and tittle above or below its latest five point pivot or 48 second moving average.

But Kitco isn’t alone in appealing to the fetishes of the gold-buggerer crowd.  The GATA organization has made a killing by playing on the fears of ordinary people who want to own a sound currency and turn a profit on their investments.  They spend millions of dollars to advance their claims while claiming to be a “charitable anti-trust, civil rights education organization” (they’re the Boy Scouts, actually).  And yes, they accept donations.

How do they do it?

The trouble is, too many folk are hitched to the idea that 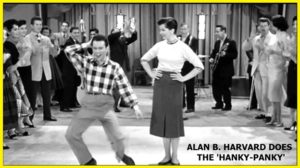 There will always be hanky-panky, friends.  And there will always be someone front-running an earnings announcement or trading on inside information.  It’s an unfortunate fact that manipulation can happen on the fringes.  But to claim that movements in gold – or any other security or sector or asset class – are the result of a vast right wing conspiracy banker orchestrated malfeasance is to reveal only one thing: that there’s serious cash to be made from saying so.

The people at GATA have earned a loyal following that lives daily to whiff out the ‘cabal’s ongoing manipulation efforts’ – even as that same cabal has failed utterly to stop gold from being the best performing asset class of the last two decades!

It’s astounding that the manipulation screechers made a name for themselves precisely as both silver and gold were riding to all-time highs during the first decade of this century!  It’s equally preposterous, however, that when gold’s 60 fold (!) outperformance over the stock market triggered a rush to take profits at the peak, the goldphile ‘manipulation’ racket went into high gear.

What in the world did you expect?  A rise to infinity?  Precious metals holders to give up on profits for good?

Come on.  It’s human nature.  Pocket your winnings, and all that.

So the gold lugs held their bullion (or their GLD, or whatever) and rode it back down the rear end of the slope until today, whining all the while about the same insidious cabal that was literally stuffing cash into their pockets between 1999 and 2011! 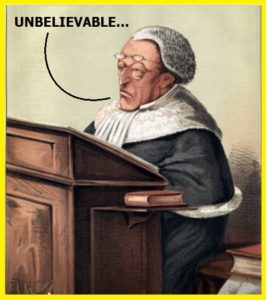 As our close friend and advisor, Renni Alourian, tells us, ‘gata’ is also the name of a near-eastern sweetbread, prepared in Armenia with a lucky coin cooked inside.  It doesn’t have to be a gold coin, we’re told, though the GATA ‘manipulation’ racket has certainly managed to bake one into their ‘civil rights education’ cake.

Bottom line is gold is good.  And gold will rise.  And gold is relatively inexpensive.

Buy a gold coin every month, if you can.  Get something ‘four 9s’, like Maple Leafs, if they’re available – but UK Sovereigns are also great.  And just sit on them.  They’re a type of insurance.  And it’s rare they’ll lose their purchasing power – maybe for a few months or a year, but not forever.

They’re a perfect store of value.